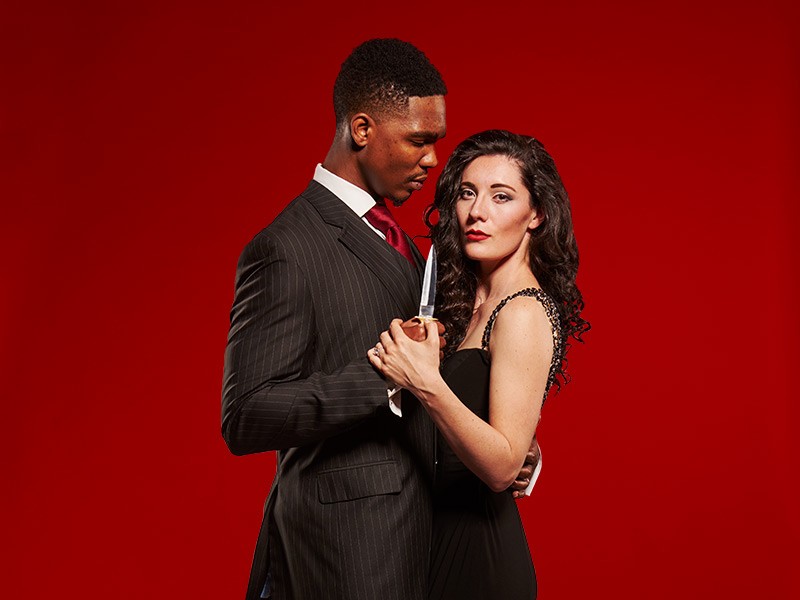 The last show in repertory at the Caine Lyric Theatre this summer, Macbeth, opens tonight. The show is directed by Adrianne Moore, Lyric Rep producer and head of the Department of Theatre Arts in the Caine College of the Arts.

According to a theatrical superstition called the Scottish curse, speaking the name of the show, Macbeth, inside a theater will cause disaster. Therefore, many of the cast and crew refer to the show as “The Scottish Play.”

“I’ve always been fairly superstitious,” Rachel Banner, wardrobe technician and acting apprentice, said. “I understand the practical reasons behind the show supposedly being bad luck. It makes use of a lot of dangerous props and sets and it’s been said that failing theater companies would often perform the show as a last resort because they knew it would draw crowds, but it wouldn’t always save the company and so it became the last show many of them ever performed.”

Banner said superstition is a way for her to try to have some control over a situation where so many things can go wrong.

“It’s also, if I’m being fully honest, kind of fun,” Banner said. “It’s like an inside joke for theater people whether we truly believe it will affect the show or not.”

Opening July 5, Macbeth runs on select dates through August 4. The show also plays Friday at 7:30 p.m. and Saturday at 1 p.m.  Also part of the Lyric Rep 2018 season are Sense & Sensibility, Peter and the Starcatcher and Grey Gardens.