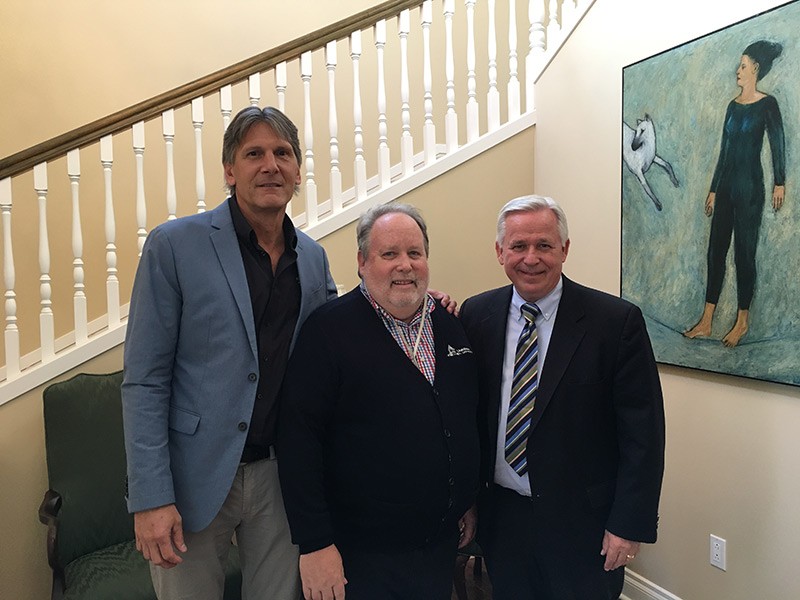 Professor of lighting and sound design in the Department of Theatre Arts in Utah State University’s Caine College of the Arts, Bruce Duerden, gave an inaugural lecture Wednesday, Oct. 4, entitled “Live Art” where he was honored for his promotion to full professor. The lecture was held at the president’s home.

Duerden grew up in the foothills of Salt Lake City and was introduced to art and theater under the tutelage of his father, who was and still is a draftsman and fine artist. After being awarded a theater scholarship to Brigham Young University, he spent the next 10 years working for the Music and Dance Department there as a full time stage and lighting technician while simultaneously completing his bachelor’s in fine arts and master’s in fine arts in theater design and technology. During this time period he was given the opportunity to travel as a designer/technician on foreign and domestic tours in 32 countries and all 50 states.

Professionally, Duerden started work for the Osmond Studios and on projects for Paramount Pictures. After graduating in 1989 his career as an assistant professor began at Texas A&M where he built a Technical Theater program and furthered his professional career by working for the Utah and Texas Shakespeare Festivals.

In 1992, Duerden was hired by USU to expand the design/tech program. For the past 25 years (23 of those also spent working for the Lyric Repertory Company), he has designed and served as the technical director for numerous productions. He still works with companies in Utah, Off Broadway, Hawaii, Wyoming, New Jersey, California and Wisconsin. Recent work includes lighting for Sweeney Todd, Into the Woods, Big River, Shakespeare Abridged and the 50th Anniversary Celebration of the Lyric Rep.