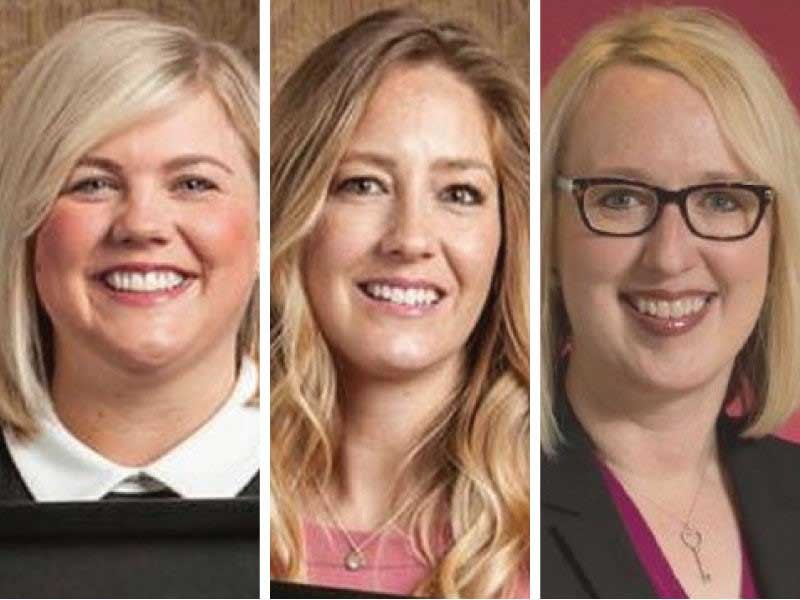 Three graduates of the College of Humanities and Social Sciences are among the "30 Women to Watch" annual list published by “Utah Business” magazine. They are, from left, Darlene Carter, Amanda Butterfield Owen and Kathleen Pitcher Tobey. ("Utah Business" photos)

Utah Business magazine’s 2018 list of “30 Women to Watch” — a group that the magazine describes as “Utah’s most successful and influential women” — includes graduates of not business, but the humanities.

Three of the 30 recognized women are alumni of the College of Humanities and Social Sciences. They are:

Darlene A. Carter,  journalism with a minor in sociology, president of CW Urban, a real estate agency that specializes in “boutique” development.

“It’s completely unsurprising,” he adds, “that women who have majored in CHaSS are thriving in business.”

The 2018 honorees of the annual list, now in its 19th year, were announced May 22. The magazine’s publisher, Donnie Welsh, said the list includes “extremely talented and ambitious women. They are business owners and entrepreneurs; they lead major divisions in large corporations; and they are passionate advocates of the causes they believe in.”

Hooper resident Carter, who earned a bachelor’s degree in journalism and communications with a minor in sociology, has turned her humanities education into a career as a successful and progressive real estate professional. Utah Business noted that Carter “spearheads … urban housing projects in Salt Lake City. So far, those efforts have resulted in 85 new units and $26 million in revenue, with a pipeline set to double year over year for the next two years.”

The most satisfying part of her 13 years in real estate  is to look back at the “community within the greater community, she told the magazine, “and not only see how we affected the city, but the people who live there, knowing that their lives have changed because of something we built. It’s just the most rewarding thing I’ve ever been a part of.”
Butterfield Owen is best known to Utahns from her years as a news anchor for KSL-TV.  She moved from broadcasting to public relations, spending five years at Method Communications before accepting her current position as director of public relations for Woodbury Corp., one of the Intermountain West’s largest and oldest commercial real estate companies.

She told the magazine that it was the ability to meet people and tell their stories that led her into broadcasting.

“I’ve found that there is always an interesting story to tell, and it’s been really satisfying to see the positive impact these projects have had in the various communities we work in,” she said.

The Sandy resident told Utah Business what while Cambia embraces many worthwhile philanthropic endeavors, the one closest to her heart is children’s mental health.

“Children in our communities are experiencing high amounts of trauma that strain their mental health and negatively impact their overall wellness,” she said.

She added that she’s “a fierce advocate for trauma-informed therapy and integrated, school-based mental health services to give children the care they both need and deserve.”

As a result of her guidance at the foundation, the availability of trauma-informed practices for children has improved throughout the Intermountain West.

To read the magazine’s entire list of “30 women to Watch,” visit https://utahbusiness.com/may-2018/.