The award is administered by the Barry M. Goldwater Scholarship and Excellence in Education Foundation.  With this year’s honorees, USU boasts 23 Goldwater Scholars and 11 honorable mention recipients since 1998.

“This is well-deserved recognition for these students and a tremendous honor for Utah State University,” says USU President Stan Albrecht. “This award is a testament to the exceptional achievements of these individuals in academics, research and service, as well as the outstanding mentorship by our faculty.”

USU’s 2014 honorees, who represent the university’s College of Science, are members of the USU Honors Program and are active in undergraduate research. These scholars also share their time and talent in science outreach.

“This year’s scholars are focused young scientists who demonstrate a commitment to academic excellence as well as service,” says Jim MacMahon, dean of USU’s College of Science. “We applaud their dedication and look forward to their continued achievements.”

For more than seven months last year, Rachel Nydegger was up and about campus each night as most of her classmates were sleeping. The physicist, who worked with faculty mentor Shane Larson, was collecting data on light pollution around USU’s Logan campus.

“It wasn’t easy getting out of bed and going outside when it was dark and 11 degrees below zero,” says the Logan, Utah, native. “But it was necessary to collect our data.”

For Nydegger, light pollution interferes with a favorite activity: stargazing. But she also recognizes its broader effects.

“Light pollution means energy is being wasted by outdoor light fixtures,” she says. “It also has an unfavorable impact on crime patterns and adversely affects nocturnal wildlife.

Nydegger graduated from Logan’s Fast Forward Charter High School in 2011 and was awarded an Aggie Scholar scholarship to USU. She’s also the recipient of Utah’s New Century Scholarship and an Energy Solutions Scholarship. The undergrad is an avid volunteer for Science Unwrapped, the College of Science’s public outreach program.

Following graduation from USU, Nydegger plans to pursue a doctorate in astrophysics, conduct research and teach at the university level.

“I knew USU had an incredible undergraduate research program and I wanted to do research and learn things on my own,” he says. “I also heard great things about the professors here.”

While deciding on a college destination, Griffin met with Department of Physics advisor Karalee Ransom and plans began to fall into place.

“She was so helpful and really went out of her way to help me,” Griffin says. “It was clear she puts students first and I chose USU. I can’t imagine going anywhere else.”

With physics professor David Peak, Griffin is developing a computer model that can be used to predict plant leaves’ responses to the environment.

“Biologists have observed how a single stoma or ‘pore’ on a leaf responds to changes in the environment, but it’s not well understood how these pores or ‘stomata’ work together in response to environmental changes,” he says. “With our model, we’re trying to decode this biological phenomenon.”

Following graduation from USU, Griffin, who completed home schooling in preparation for college, plans to pursue a doctorate in physics and conduct research in computational physics and complexity.

A recent photo of Austin Spence garners a lot of double takes: the undergrad is grasping a handful of writhing snakes.

“I’m investigating the effects of habitat disturbance on the physiology of the wandering garter snake,” says Spence, who conducts research with Department of Biology faculty mentor Susannah French. “This involves collecting snakes in the field, as well as habitat data, and quantifying snake hormone concentrations and immune function.”

A Salt Lake City native and 2011 graduate of Highland High School, Spence received a Research Internship in Science and Engineering (RISE) scholarship from DAAD (German Academic Exchange Service), which enabled him to complete a research internship in Germany on an endangered species of hamster.

Spence received the USU Department of Biology's John R. Simmons Scholarship and was named German Student of the Year by USU's College of Humanities and Social Sciences. Following graduation from USU, he plans to pursue a doctorate in physiological ecology and conduct research on the effects of urbanization on the environment. 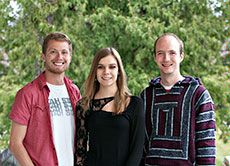 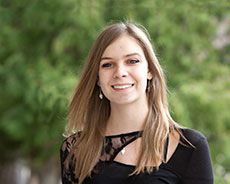 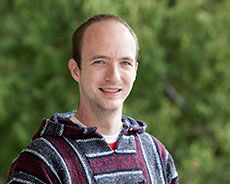 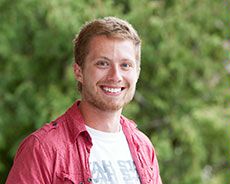