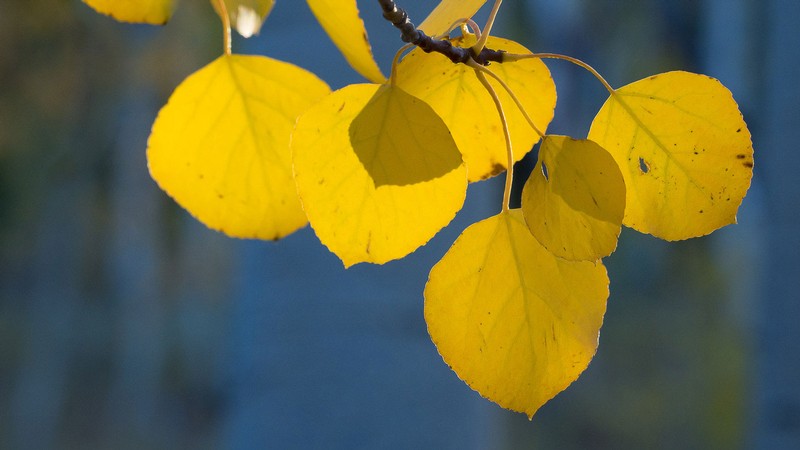 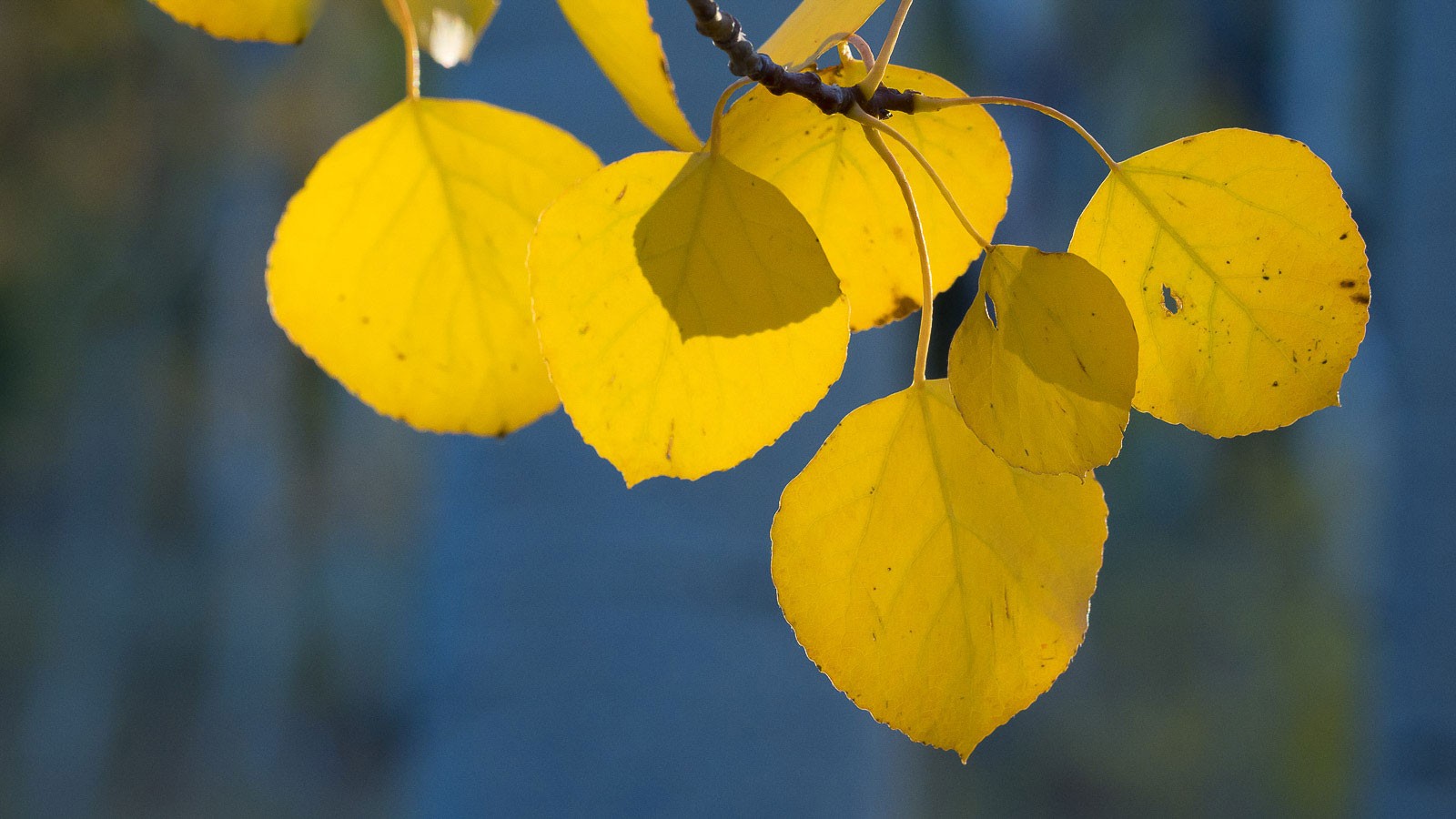 Contrast is the key to Fall photos

Let me show you how you can use contrast to make your fall photos more impactful.

And by the way, right NOW is the time to go up the canyon and see the aspens. They’ll be gone soon, but you’ll have more time to photograph trees in town shortly.

As you drive up the canyon, you’ll see loads of beautiful spots to make a picture. DO NOT pull over on the side of the road. Wait for a turn out or a campground. If you’re on one of the many dirt roads off the highway, make sure you stop in a spot where folks can get around your car. You can always walk back and make the shot.

As good as things look from the car, you’ll have a lot more enjoyable experience if you get out of the car. You don’t need to climb a mountain, but if you see a lovely grove of trees, walk over and get into it. I promise the pictures will be better.

A landscape painter once told me, “There’s no red so vibrant that it’s not more vibrant next to blue.”

That’s actually true of all colors. Your brain interprets a color based on the colors around it. So yellow aspen leaves are much more colorful when the blue sky is right behind them.

The difference between light and dark is a powerful way to drive your viewers to the subject in your photo. Something black on a field of white, or something white on a field of black. Yellow trees surrounded by dark pines is a good way to use contrast.

Another great way is to move your body until the leaves are lit from behind. Set your camera to make the bright leaves look great and the background will be much darker. Also look for a tree illuminated in front of a hill that is in the shade.

Phone Tip: It’s simple to adjust your phone’s camera to make a picture of backlit leaves. Just tap and hold on the subject (the leaves) and then you’ll see an option to slide your finger up or down to make the picture brighter or darker. Some phones even have a button that looks like +/- and that adjust the brightness, too.

It’s tempting to see a scene and try to get it all in one picture. Unfortunately, it’s difficult to get the impact of a huge landscape in a small picture. Instead, break up that scene into bite-sized pieces.

Including something nearby with something far away is a good way to show the grandeur of the scene in front of you. If there’s a hillside full of color, include a tree or rock that’s closer to the camera. A road or trail diminishing in the frame shows distance well.

My favorite way to photograph leaves is to zoom my camera in as much as possible. Then I’ll stack up the picture with something near, something in the middle, and something far away. Often my primary subject is the middle distance.

Now isolate a single piece of the scene that represents the whole. Maybe there’s a single tree that stands out. Perhaps there’s a white trunk that is striking. There could be a pine amidst aspens that stands out as different. Find little bites of the whole that can be easily composed and digested.

Zoom your lens again, or just get a lot closer to a small subject. A single colored leaf on the ground, or one dangling from a limb. Maybe your friend’s fingers holding it up against the light.

Look at the whole scene and then find ways to break it up.

Right now is the time to go up into the hills to catch the aspens turning. I expect it won’t last much past this weekend. Fortunately, there’s still time to make pictures around the valley.

It’ll be easiest to make striking pictures when the sun is low in the sky. Morning is great because you won’t run out of light. But if you want to go in the morning, get out of bed early because the sun is already up by 7:15 a.m., and it’s a 45 minute drive.

Afternoon is nice, too, but be sure to leave in time to be in a place to enjoy the sunset at 6:45 p.m. over the hills. You’ll want some time before the sun is gone, too, so being in the hills around 4 p.m. would be good.

As you drive into the canyon, resist the urge to stop at the first sing of color — because that’s what everyone else did, too, and it’ll be crowded. Tony Gove is marvelous right, but very crowded.

I recommend going on any of the roads branching off the highway. Lefthand Fork, Franklin Basin, and the road to Beaver Mountain will all be worthwhile. But so is Blacksmith Fork, and Cub River and Sardine Canyon.

Instead of going to the same places you’ve been before, take a look at Google Maps and find a road you’ve never tried before.

The most important thing is that you just get out there and enjoy the most beautiful time of year. Be safe and courteous and try to see the season in a new way. Whatever camera you use, you’ll get better results when you use contrasts to describe your subjects. 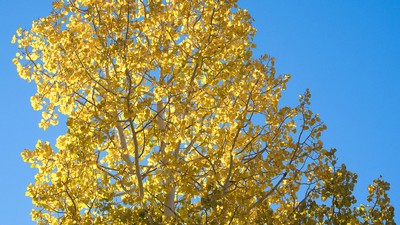 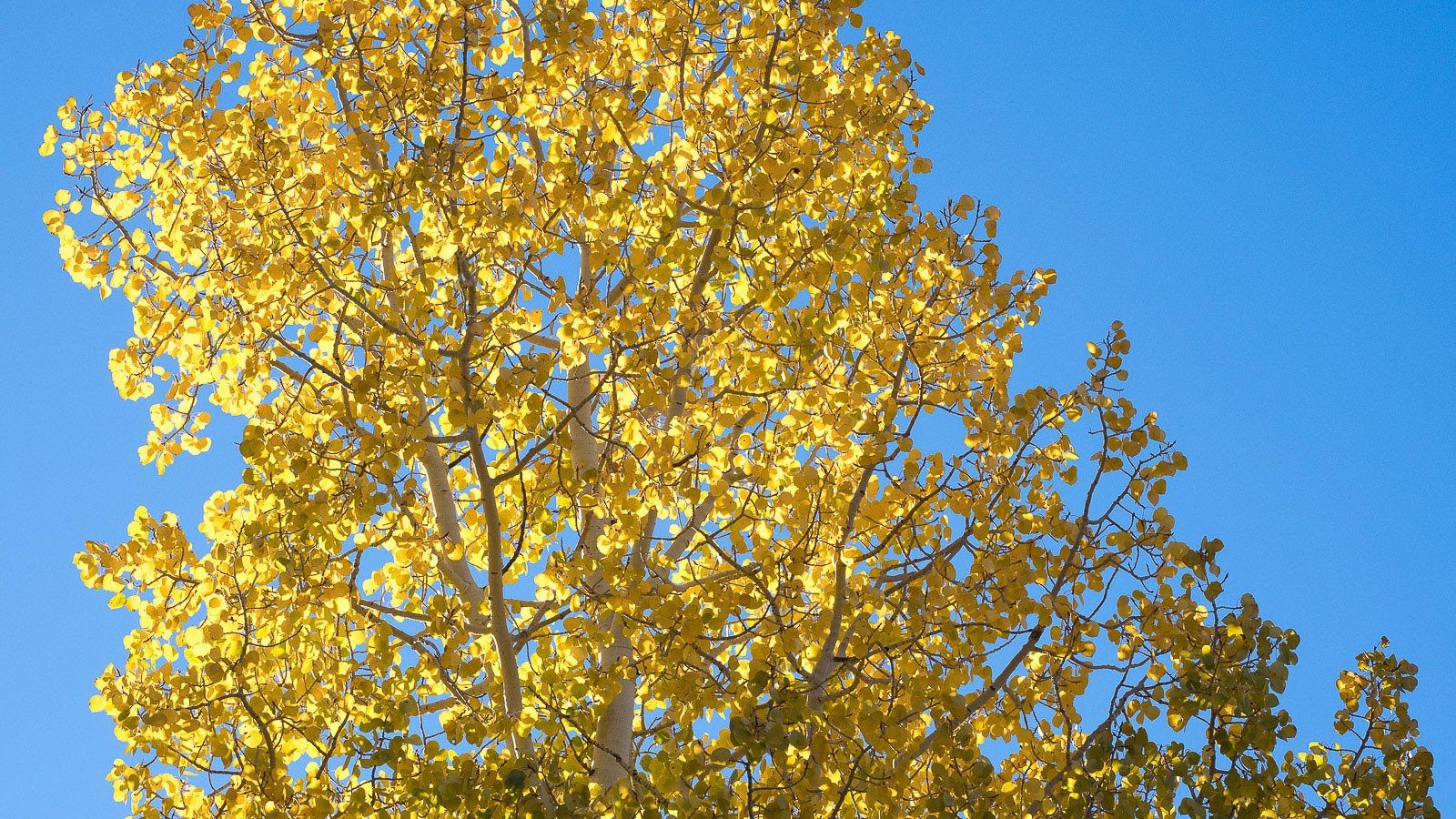 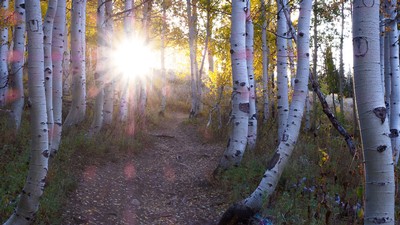 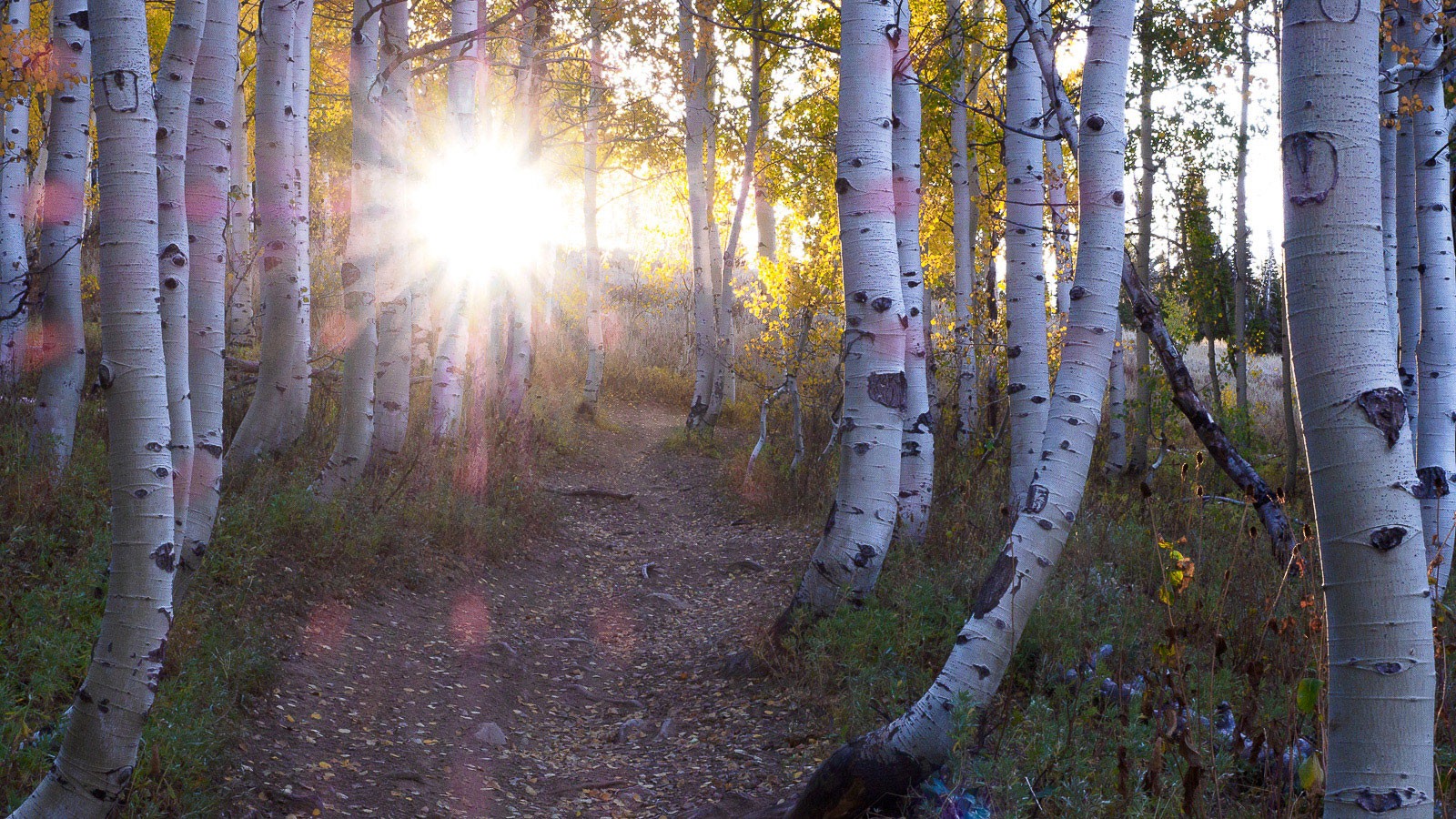 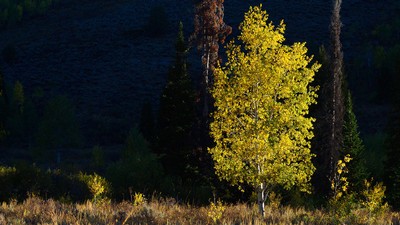 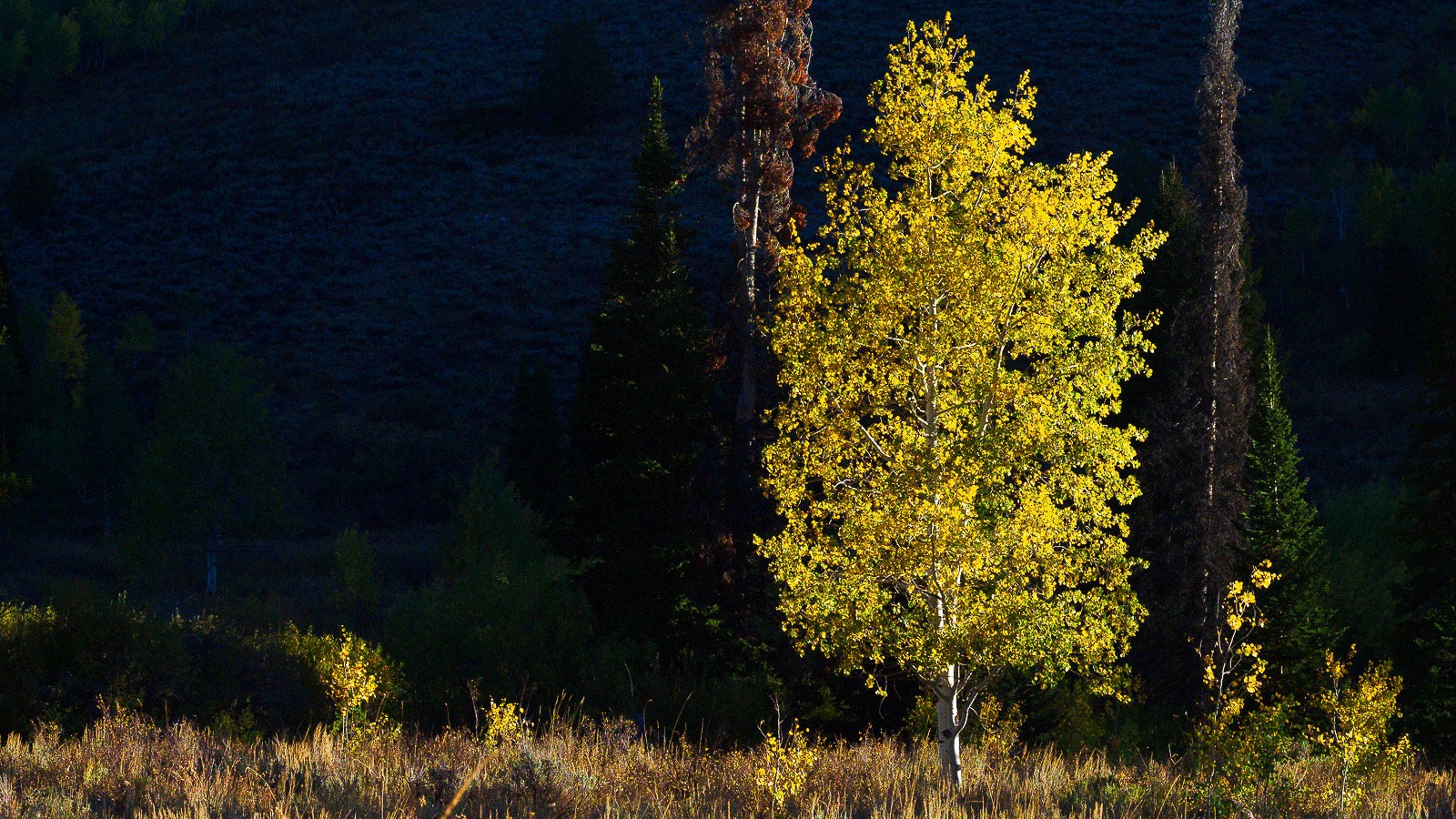