The funding structure of the U.S. Farm Bill influences what, where and how food is produced in America. Critics argue it does not promote sustainable farming practices, hurts the profits of small farms that do, and causes the system to rely upon the production of a few grain crops primarily used as animal feed or in highly processed foods.

Proponents of a more holistic approach to agriculture believe the time to reform the Farm Bill is now, before Congress has the opportunity to renew it again in 2012. They are pressing for broadened federal policies that encourage the advancement and implementation of new agricultural systems that consider social, environmental and economic sustainability.

One such advocate is Douglas Jackson-Smith, professor of sociology at Utah State University, who studies the way human activity impacts environmental systems. He is among a group of leading science researchers advocating for federal policies that will provide market incentives for sustainable brands, reduce farm subsidies and shift publicly-funded agricultural science toward sustainable practices.

Jackson-Smith and 14 other scientists published their recommendations in a peer reviewed article “Transforming U.S. Agriculture” published online in the journal Science May 5.

“Unless we integrate agricultural sustainability into debates over biofuels and other energy policies, climate change, trade agreements, immigration reform and environmental regulation, we are unlikely to see major changes in policies that created and continue current production systems,” they wrote.

The authors of the paper represent all 15 members who served on the National Academy of Sciences Committee on Twenty-First Century Systems Agriculture. In 2007, they were tasked with investigating sustainability in agriculture and reviewed research in areas from soil and nutrient management to water quality, labor concerns and food safety. The committee published their findings in a 2010 National Research Council Report, through which they called for adoption of national agricultural policies that move beyond producing the most for less.

Sustainability goes beyond the environment, beyond sustaining food production. While modern farmers are producing more food more efficiently for a growing number of people, they often come with unforeseen environmental and health problems such as polluted waterways and soil erosion, Jackson-Smith said.

The authors proposed a number of public policy incentives designed to accelerate market structures that promote brands with ‘value-added’ traits such as a consideration for animal welfare and worker safety. Their recommendations also include changing the funding structure of the Farm Bill. They suggest reducing spending on programs, such as subsidies, that do not take into account the social and environmental risks associated with traditional production systems.

“I think the paper will provide a little bit more credibility to people who are trying to reform the Farm Bill,” Jackson-Smith said. “Nothing we said hasn’t been said before, but I think having the information come from [the committee on sustainability] gives it a little more weight.”

The paper has already received attention in the Midwest where many states receive subsidies for crops like corn, wheat and soybeans. Jackson-Smith believes the state of the economy may actually drive policymakers to consider adopting some of their recommendations.

“I think with the current budget crisis that people might be more willing to change the game,” he said. “We are more likely to see cutbacks on programs. Whether they are willing to reinvest it in [sustainable science practices] depends on the balance of power.” 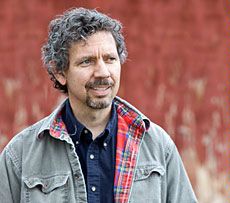 USU sociology professor Douglas Jackson-Smith is a co-lead author of a policy piece, 'Transforming U.S. Agriculture,' that was published in ‘Science.’