USU Biologist Joe Wilson and USU colleagues Jeni Sidwell and James Pitts, along with Matthew Forister of the University of Nevada, Reno and Kevin Williams of the California Department of Food and Agriculture, discuss new findings about Thistle-down velvet ant evolution in the July 15, 2020 issue of "Biology Letters."

Driving across the arid American Southwest, one views miles upon miles of scrubby creosote bushes. Well-adapted to the hot, thirsty landscape, the evergreen shrub, also known as greasewood, chaparral and gobernadora, produces tufts of fluffy, white fruit capsules. Living among the plants are similarly fluffy white insects, difficult to distinguish from the fruit, that are, in fact, a species of wasps known as Thistle-down velvet ants.

“Their scientific name is Dasymutilla gloriosa and they’re one of my favorites,” says Utah State University biologist Joseph Wilson.

Not so fast, Wilson says.

“In the animal kingdom, there are relatively few examples of white being an adaptive color outside of arctic environments,” he says. “White coloration can be aposematic, meaning coloring meant to warn or repel predators, but it can also play a role in thermoregulation.”

Wilson and USU colleagues Jeni Sidwell and James Pitts, along with Matthew Forister of the University of Nevada, Reno and Kevin Williams of the California Department of Food and Agriculture, discuss new findings about Thistle-down velvet ant evolution in the July 15, 2020 issue of Biology Letters.

In 2015, the USU biologists identified North American velvet ants as one of the world’s largest known Müllerian mimicry complexes. Mimicry, a form of defense in which one animals copies another of a different species in appearance, actions or sound, is an evolutionary phenomenon scientists identified in the late 19th century.

“It’s logical to assume Thistle-down velvet ants evolved their appearance to hide from predators among fallen creosote fruits,” says Wilson, associate professor in the Department of Biology, based at USU’s Tooele campus. “But the wasps preceded the arrival of the creosote bush to the American Southwest by millions of years. So we investigated other explanations for their white coloration.”

The team surmised the wasps’ pale coloring could provide thermoecological benefits in their sizzling hot environment. The researchers investigated genetic data. They used reflectance spectrometry to compare spectral reflectance of the wasps and the creosote fruit. With a thermal imaging camera and other probes, the scientists measured the organisms’ external and internal temperatures.

Sampling extensive data and following varied analyses, the team concluded the velvet ants’ white coloration is an adaptation to the hot desert environment, rather than predation pressure.

“We learned not to judge a book by its cover,” Wilson says. “We each looked outside of our narrow specializations to apply varied disciplines to the questions we were asking. When considering coloration, never assume non-humans view colors as humans do. Thistle-down velvet ants are white to us and look like creosote fruit, but we don’t know exactly how they appear to the wasps’ predators.” 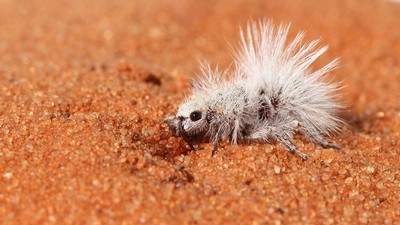 The Thistle-down velvet ant, a type of wasp, is a rare example of a white-colored creative in a desert climate. USU researchers investigated varied explanations for the insect's pale coloration. Joseph S. Wilson. 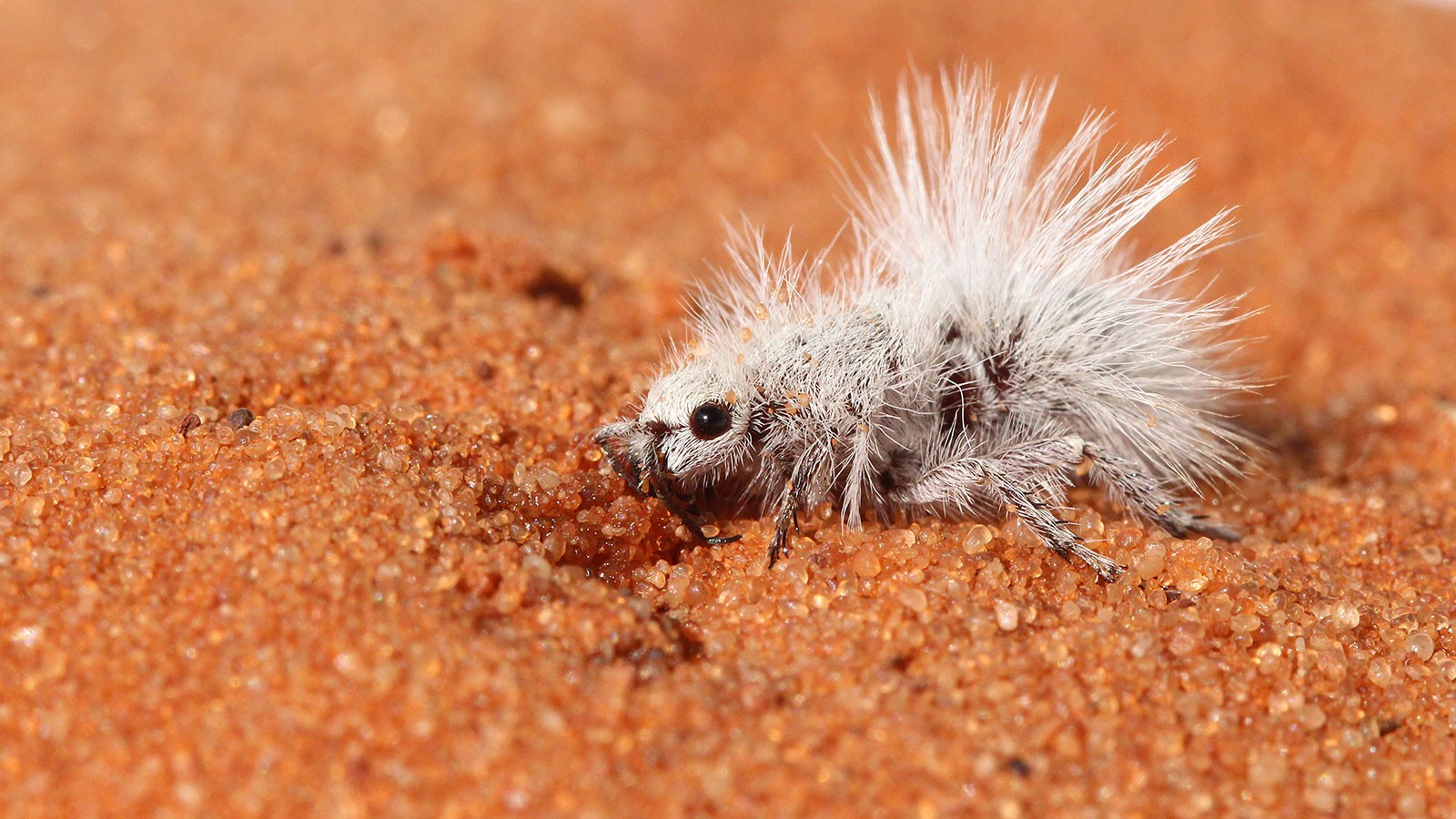 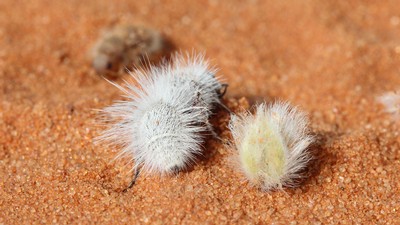 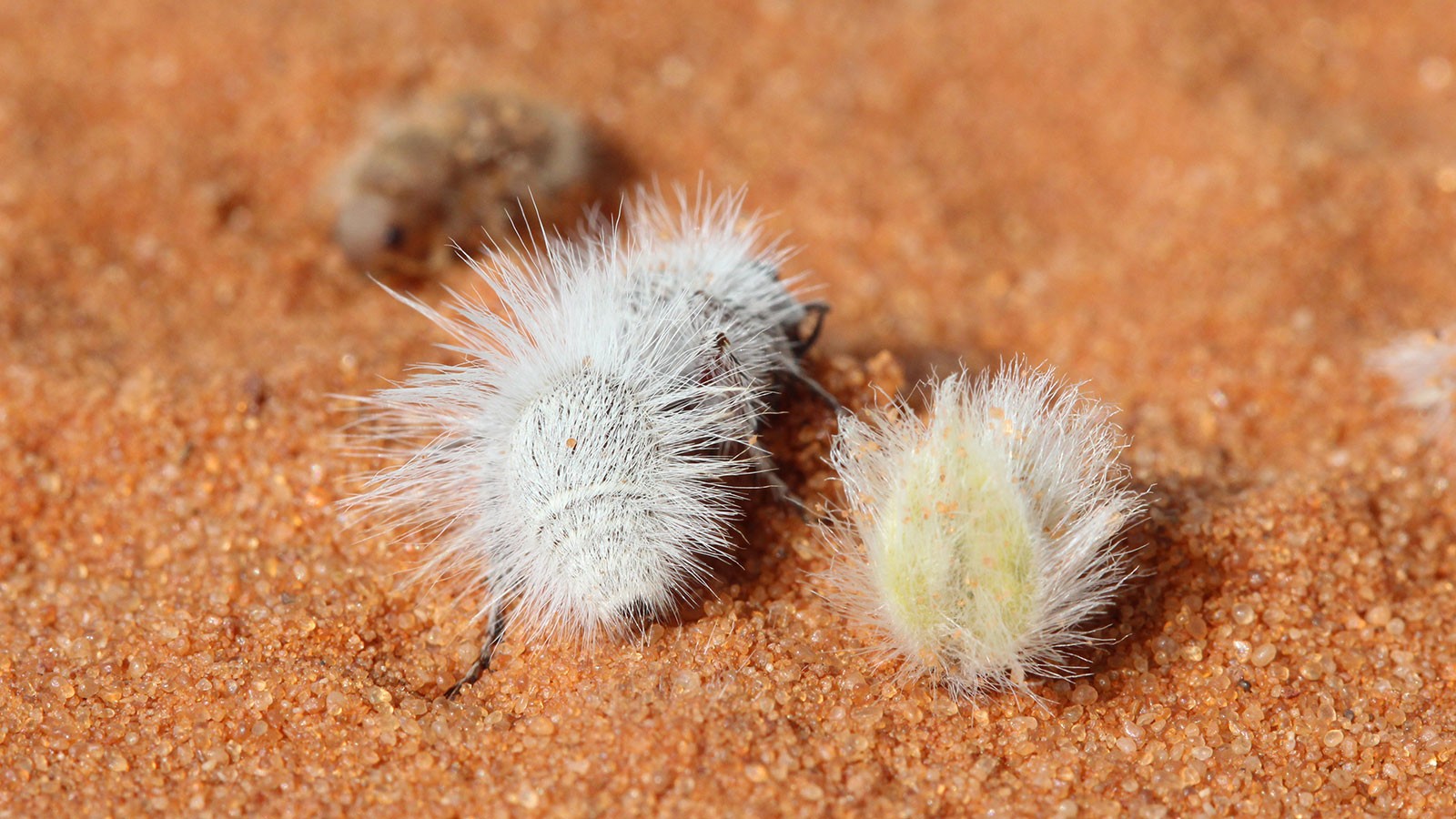 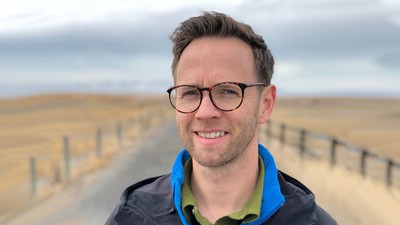 USU scientist Joseph Wilson, associate professor in the Department of Biology at USU Tooele, is lead author of a paper in 'Biology Letters' investigating the evolution of white coloration of Thistle-down velvet ants. Lindsey Wilson. 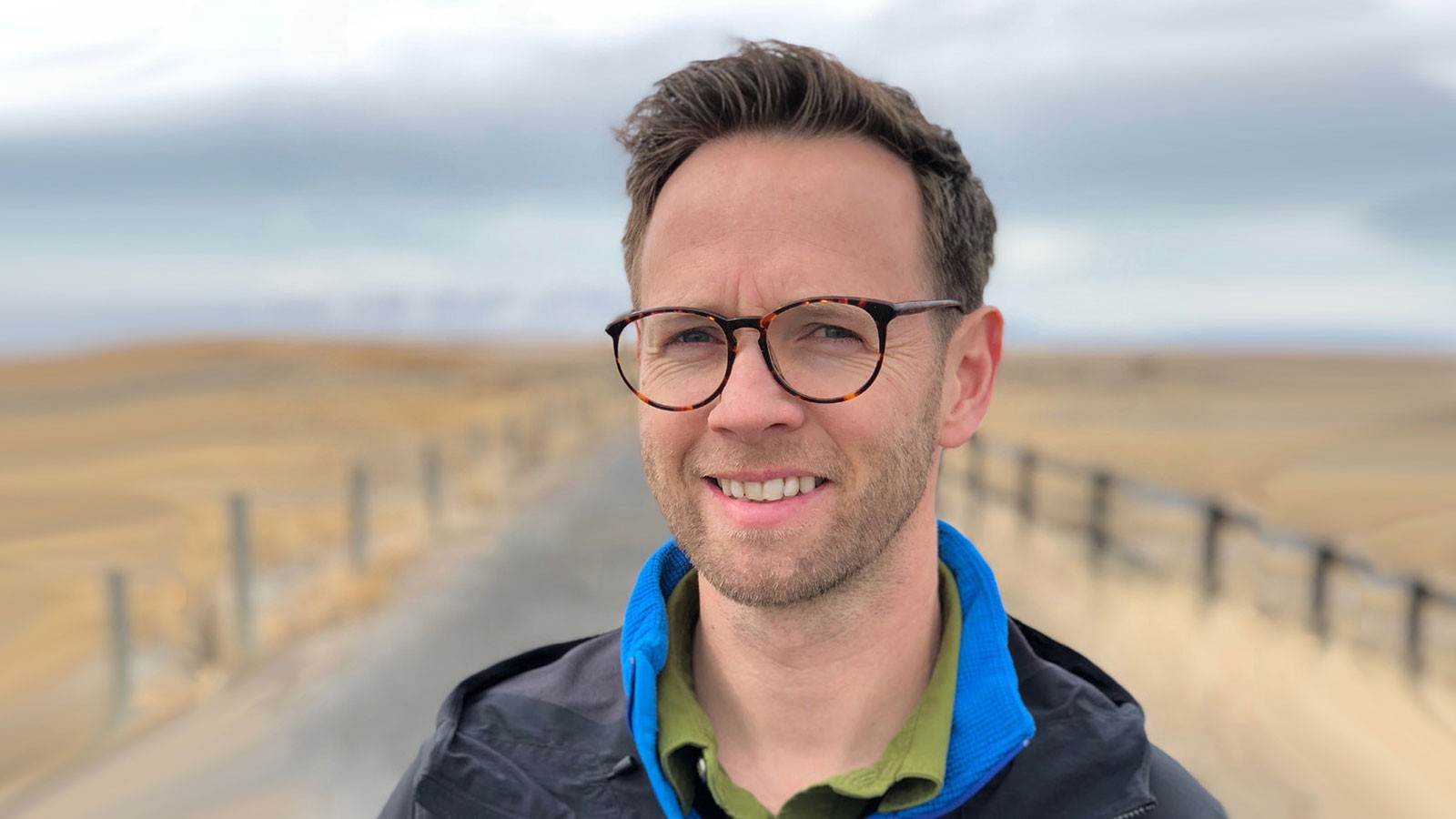