Peggy Goldwater Clay, chair of the board of trustees of the Barry M. Goldwater Scholarship and Excellence in Education Foundation, announced that the trustees awarded two scholarships and one honorable mention to Utah State University students. The organization awarded a total of 323 scholarships for the 2006-2007 academic year to undergraduate sophomores and juniors from the United States.
Utah State’s scholarship recipients are Logan McKenna, an electrical engineering major, and Heidi Wheelwright, a physics major. Keith Warnick, a physics major, was awarded an honorable mention.
“Our Goldwater scholars are concrete evidence of dedicated students and caring faculty mentors,” said Joyce Kinkead, vice provost for undergraduate studies and research.
McKenna plans a career in medicine and biomedical research. He is a Micron Scholar and was awarded an Undergraduate Research and Creative Opportunities grant from USU. He served a mission in Australia for the Church of Jesus Christ of Latter-day Saints and attended Sky View High School. He volunteers at the Logan hospital radiology department, and is a regular performer in the Cache Regional Theatre Company. McKenna is majoring in engineering, although he wants to do biomedical research and earn a medical degree and a doctorate.
Wheelwright is from Lindon, Utah, and is a member of the university Honors program. She transferred to Utah State from Utah Valley State College in order to pursue undergraduate research, and was awarded the Utah State Presidential Transfer Scholarship. Wheelwright is 18 years old. Her emphasis is nanotechnology, and she plans to pursue a doctorate in nanotechnology and nanoelectronics.
Warnick is a member of the Honors program and plans to earn a doctorate and pursue a career in biophysics. Warnick served an LDS mission in Peru and Bolivia. He attended Sky View High School. He is the recipient of a four-year National Merit Scholarship and the 2002 USU College of Science Scholarship. Warnick attended the first Biotechnology Summer Academy at USU, which he said sparked his interest in biotechnology. He works in the lab of Timothy Doyle, and his research is in acoustic and electromagnetic waves in groups of particles.
Goldwater scholars are selected on the basis of academic merit. This year’s field included 1,081 mathematics, science and engineering students who were nominated by the faculties of colleges and universities nationwide. One hundred eighty-two of the scholars are men, 141 are women, and virtually all intend to obtain doctorates as their degree objective. Thirty-two scholars are mathematics majors, 234 are science majors, 47 are majoring in engineering, and 10 are computer science related majors. Many of the scholars have dual majors in a variety of mathematics, science, engineering and computer disciplines.
The one and two year scholarships will cover the cost of tuition, fees, books and room and board up to a maximum of $7,500 per year.
Goldwater scholars have academic qualifications that have garnered the attention of many post-graduate fellowship programs. Recent Goldwater scholars have been awarded 63 Rhodes Scholarships (five of the 42 awarded in the United States in 2006), 80 Marshall Awards (eight of the 40 awarded in the United States in 2006), and numerous other distinguished fellowships. Utah State has received a total of seven Goldwater Scholarships. Included in the group is Lara Anderson who went on to receive both Rhodes Scholarship and Marshall Awards.
The Goldwater Foundation is a federally endowed agency established by Public Law 99-661 on Nov. 14, 1986. The scholarship program honoring Senator Barry M. Goldwater was designed to foster and encourage outstanding students to pursue careers in the fields of mathematics, the natural sciences and engineering. The Goldwater Scholarship is the premier undergraduate award of its type in these fields.
In its 18-year history, the foundation has awarded 4,885 scholarships worth approximately $48 million. The trustees plan to award 300 scholarships for the 2007-2008 academic year.
Other Utah students who received the scholarship include Sterling Anderson, Brigham Young University; and Brydger Cauch, University of Utah. Honorable mentions include Kellen Peterson, University of Utah. 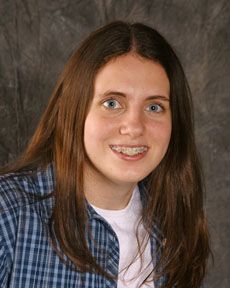 Heidi Wheelwright, a physics major at USU, is the recipient of a Goldwater scholarship. 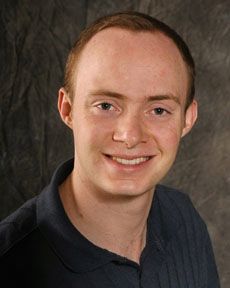 Keith Warnick, a physics major, was awarded an honorable mention.