The Western Rural Development Center, hosted at Utah State University, and USU’s KSAR Video Productions were awarded a Bronze Telly and a Gold ACE for their online video series “Working for Rural Prosperity.” They won in the category Internet/Online Programs.

An additional bronze Telly was awarded to KSAR for “Keep people home. Keep People Working,” an 18-minute film produced for the Utah Developmental Disabilities Council. It won in the fundraising category.

The 32nd Annual Telly Awards included more than 11,000 entries from all 50 states and numerous countries. Telly Awards honor outstanding local, regional and cable TV commercials and programs, video and film productions and web commercials. The ACE awards are critiqued and awarded by members of the Association of Communications Excellence in Agriculture, Natural Resources and Life and Human Sciences.

KSAR is a video production unit of the Center for Persons with Disabilities at USU. Originally begun to support projects at the CPD, it now extends its fee-for-service work to agencies inside and outside of Utah.

“These videos provide information that will help decision makers in rural areas make more educated choices,” said Don Albrecht, director of the WRDC. “The videos use research findings from land-grant universities in the West and explain how it can be applied in areas, including land-use, business, agriculture, etc.”

This is directly aligned with the WRDC’s mission to use the research and Extension capacity of land-grant universities in 13 western states and four U.S. territories to benefit rural communities by providing them with training and skills to invigorate their local economies.

“It goes without saying that I am pleased to be recognized by the Telly Awards and ACE for this project,” said Betsy Newman, communications specialist for the WRDC and project manager. “Even more so, I am thrilled for the recognition this brings to our dedicated board of directors and to the myriad of issues facing our rural communities.”

The second Telly-winning production, “Keep People Home. Keep People Working,” offers a poignant look into the lives of families of people with severe disabilities. It was developed specifically to build understanding of the families’ needs. Once completed, DVDs of the film were distributed to advocates who then showed it to their communities and policymakers.

The Utah Legislature granted $1 million more in funding this year to reduce the number of people waiting for disability services in Utah. The increase came during a tough budget year.

“I think it might have been a tipping point,” said Utah DD Council Executive Director Claire Mantonya.

Todd Newman, project director and KSAR video productions and creative director of the videos, recognized that he had a hard job: telling the story in a straightforward way, with no softening and no stereotypes.

“To show the reality of it is the most important part,” he said. “You’re pulling from people’s lives and you’re not letting your own persuasions into the production. We’ve just got to keep doing that.”

The WRDC videos may be viewed online, and the CPD video can be viewed in four installments. 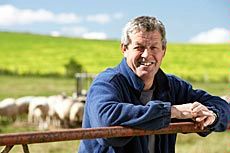