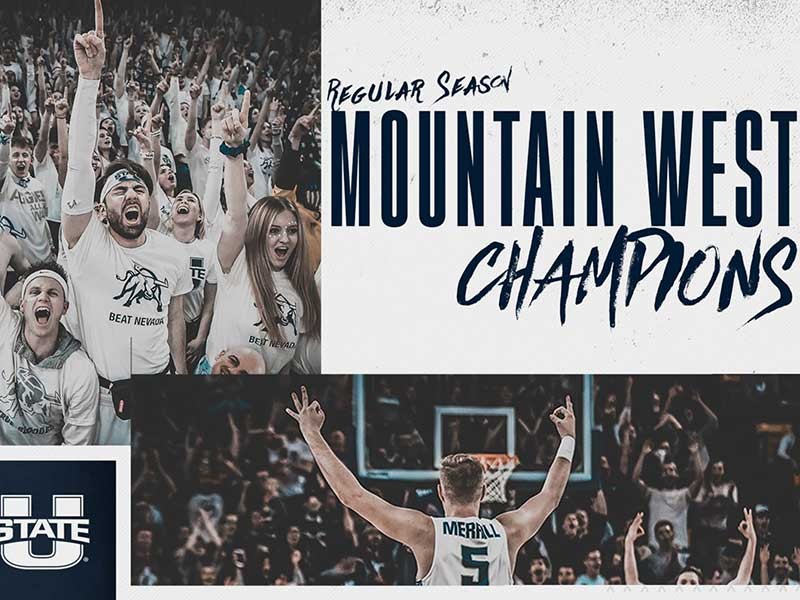 Senior forward Quinn Taylor added 18 points and six rebounds for the Aggies (25-6, 15-3 MW), who secured their 17th conference championship and first since joining the Mountain West. Utah State’s last conference title came during the 2010-11 season, when it was a member of the Western Athletic Conference.

Utah State led by as many as 12 in the second half against the Rams (12-18, 7-10 MW), but found themselves training 86-84 with 59 seconds left in regulation following a jumper by Nico Carvacho, who was one of five CSU players to finish in double figures with 19 points.

However, Merrill knotted the game at 86-apiece when he calmly sank a pair of free throws with just 19 seconds left. The game went to overtime after the Rams’ J.D. Paige missed a 3-pointer at the buzzer that would have won it for the home team.

In the extra session, freshman center Neemias Queta converted a layup to give Utah State a 90-88 lead with 3:19 to go. Merrill then knocked down back-to-back jumpers less than a minute apart to make it 94-88.

Queta finished with 12 points and eight rebounds for the Aggies, while junior guard Diogo Brito and redshirt-freshman forward Justin Bean added 10 points apiece off the bench for Utah State.

Merrill also grabbed eight boards to help the Aggies outrebound the Rams 35-30. The native of Bountiful, Utah, also dished out a team-high-tying six assists, along with junior guard Abel Porter.

Paige led Colorado State with 29 points and Kris Martin scored 20, while Adam Thistlewood and Kendle Moore each had 12.