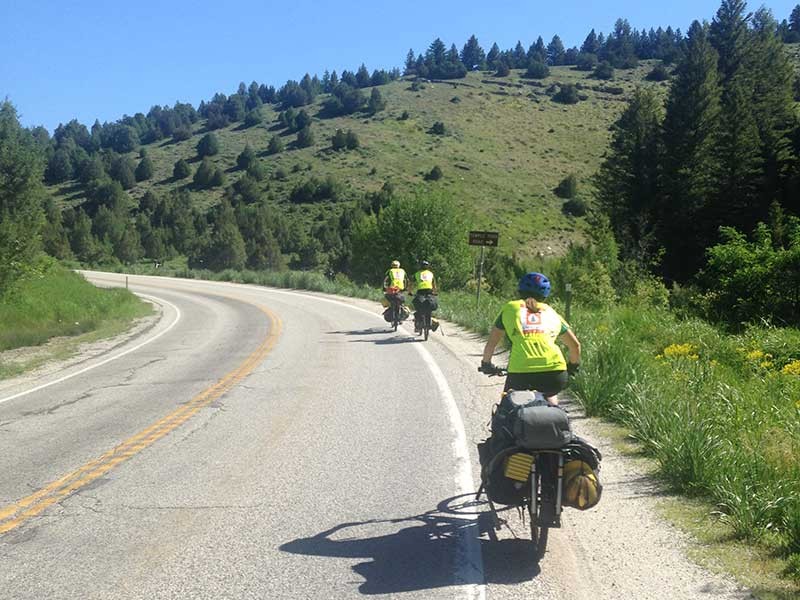 The Utah Conservation Corps (UCC) Bike Crew at Utah State University will be starting its fourth year of operation with a project preserving critical elk habitat in Logan Canyon. This summer the four-person crew will be based out of UCC's Logan office and will be riding to the Temple Fork area of Uinta-Wasatch-Cache National Forest to thin juniper trees on an expected 1,750 acres. The crew will be using only cargo bikes to transport themselves, tools, food and camping gear to and from this work site.  This ten-week project will begin on June 5 and conclude August 9.

This project is being funding with generous support from the National Fish and Wildlife Foundation as part of its Developing the Next Generation of Conservationists initiative. The crew will be working under the supervision of Uinta-Wasatch-Cache National Forest biologist Masako Wright as part of a multi-phase multi-partner project that seeks to enhance and prevent loss of 6,937 acres of crucial deer and elk winter habitat, as well as restore aspen health around the Temple Fork drainage of the Logan River. The Temple Fork drainage of the Logan River winters approximately 200-300 head of elk each winter, which represents the second largest wintering area for elk on the Logan Ranger District.

From 2015 to 2017, the UCC Bike Crew improved over 18 miles of trail, working with a diverse array of partners including Utah State Parks, the United States Forest Service and the City of Logan, Utah. These crews not only provided much-needed labor to improve trails for partners with limited budgets but rode over 578 miles to and from project sites instead of using a motor vehicle. The nation’s first pedal-powered crew has received national awards from The Corps Network , Coalition for Recreational Trails and Society of Outdoor Recreation Professionals.

More information on UCC can be found at http://www.usu.edu/ucc.