Three years ago a purported sighting of Bigfoot walking in Providence Canyon rippled along the Wasatch Front. A posting of the incident on YouTube prompted researchers of Animal Planet’s show “Finding Bigfoot” to hold a town hall meeting in Logan to collect the stories of local Bigfoot encounters.

Lynne McNeill, assistant professor of folklore at Utah State University, was interviewed during filming for her expertise on urban legends. The show airs March 11 at 10 p.m.

Prior to the filming in December 2011, McNeill had never heard of the show or the number of Bigfoot sightings in the county. She visited the Fife Folklore Archives, an internationally-recognized collection at the Merrill-Cazier Library, and discovered 57 different accounts of Bigfoot sightings in the area since the 1970s. She directed the show’s producers to the archives for additional source material.

“Finding Bigfoot” films four Sasquatch enthusiasts as they travel across remote areas of North America in search of conclusive evidence about the whereabouts of the elusive ape-man.

However, producers of the show were concerned having a folklorist appear on the show might send a message to viewers that Bigfoot sightings are phony, McNeill said. She needed to explain exactly what folklorists study before she could even tackle Bigfoot.

“Folklore is not a well-known discipline in academia,” she said. “People tend to think of it as stories that aren’t true from long ago. It is a discipline where terminology exists in daily conversation and we have a lot of preconceived understandings to contend with.”

Folklore is a way of studying group behavior and interaction through common stories and traditions in a culture such as legends, jokes, narratives, proverbs, festivals or dance. The field bridges literature and anthropology to study everyday people and their culture through areas of commonality, McNeill said.

“Folklore has always been a barometer of culture,” she said. “Folklorists know about the political concerns of the day by what jokes accumulate. They know about fears of a community by the legends they tell. The value of folklore is the shared common denominator of understanding.”

McNeill has published on digital culture, ghost hunting and animals in folklore and has appeared on the Food Network for her insight on urban legends. She believes popular television programs can get people interested in folklore, and help introduce the discipline to a broader audience.

On “Finding Bigfoot,” McNeill was interviewed about how principles folklorists use in their analyses in the field could apply to Sasquatch sightings. Because reports of Bigfoot have been documented across cultures and continents, just using different names to describe an animal with very similar characteristics, it forces one to consider that Bigfoot sightings should not be dismissed. 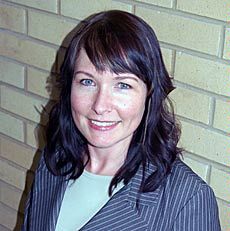 Lynne McNeill is an assistant professor of folklore at USU. She has published on varied subjects including ghost hunting, animals in folklore and Internet folklore. She appears on "Finding Bigfoot" on Animal Planet Sunday, March 11, 10 p.m.