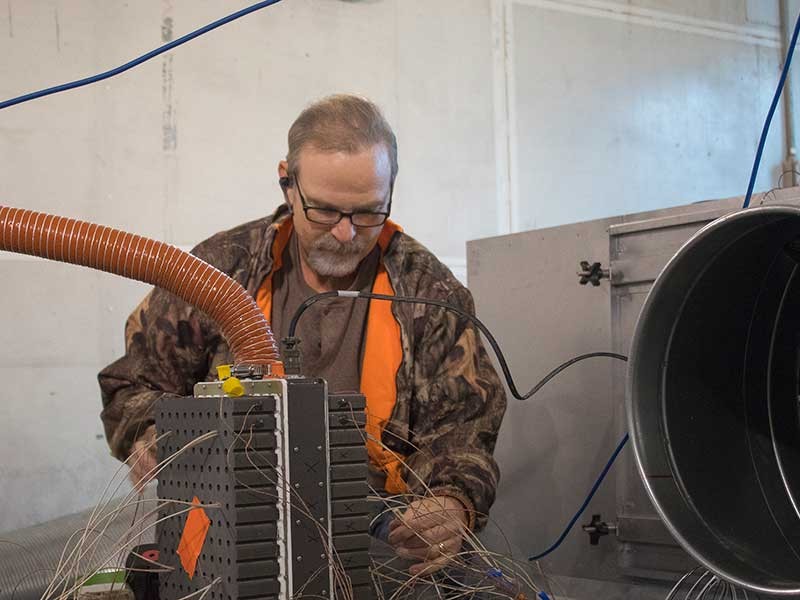 A jet engine at takeoff can be as loud as 150 decibels, enough to rupture eardrums. One would think it would be very disruptive, not to mention dangerous, for aviation students at Utah State University to test and study jet engines in the middle of campus. But thanks to a unique, decades-old, refurbished, hand-me-down structure, students run jet engines and perform loud experiments without bothering anyone nearby.

The USU jet engine test cell is a multilayer, fully-enclosed steel structure engineered with noise reduction technology and four explosion-proof windows. Located in the heart of campus in the technology building, the test cell allows students and faculty opportunities to test-run both reciprocating engines and turbine engines in a safe environment and without disturbing nearby classes.

Students learn about and complete overhauls on various engines, and then use the test cell to examine their work and gather data about the engines. Others at USU, such as the Department of Mechanical and Aerospace Engineering and the Space Dynamics Laboratory, also use the test cell to conduct experiments without the danger of exposing students and faculty to explosions or fiery discharges.

Faculty and students trust the safety of the test cell that was previously owned and operated by the U.S. Air Force. In 1993, Randy Chesley led a team of USU aviation maintenance faculty to Williams Air Force Base (now known as the Phoenix Mesa Gateway Airport). The base was in its shutdown phase, and the team was retrieving military motion simulators for their department. While there, the executive in charge of asset disposal was so impressed with the work of the USU aviation maintenance faculty that he offered them the jet engine test cell as well. After arrangements for transportation were made, the test cell was relocated and became a permanent part of USU’s Logan campus.

Recently, the jet engine test cell received some major upgrades. A jointly funded grant from USTAR and Electric Power Systems (EP Systems) modernized the cell with an HD camera and display units, as well as an infrared camera to see thermal images of the tests. By far, the biggest upgrade from the grant was the installation of a state-of-the-art air filtration system. The new filtration system removes smoke and damaging particulates from the air in the test cell, enabling the facility to be used for testing lithium batteries.

This new opportunity to test lithium batteries as complete propulsion systems for aircraft has caught the attention of NASA. EP Systems, NASA and USU’s Space Dynamic Laboratory (SDL), are creating an all-electric airplane powered by lithium batteries. Lithium batteries are very powerful but can overheat, as seen in some cell phone explosions in recent years. NASA, EP Systems and SDL have started running experiments to see if a lithium battery can fail without spreading the failure to adjacent batteries. The jet engine test cell allows them to run this experiment safely and on a large scale. In fact, EP Systems is expanding and building a manufacturing site in Logan, in part due to the unique nature and the availability of the test cell.

“We are excited to tap into the state’s industrious, innovative workforce, and build a world-class EP Systems product line that makes the world safer, cleaner, and more mobile,” said Nathan Millecam, CEO of EP Systems, in a prepared statement.

The new manufacturing site will result in up to 128 additional jobs and $11.6 million in capital investment in the valley, as well as the opportunity for more student research involvement.

Though the recent updates and tests have increased the attention the facility receives, the test cell will still be primarily used by aviation maintenance students.

“Our students are the priority,” Chesley said. “The test cell is there for them to use and learn from, and any other interested parties are scheduled around them.” 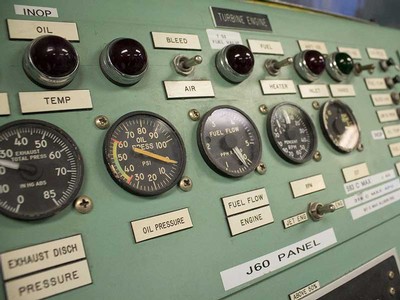 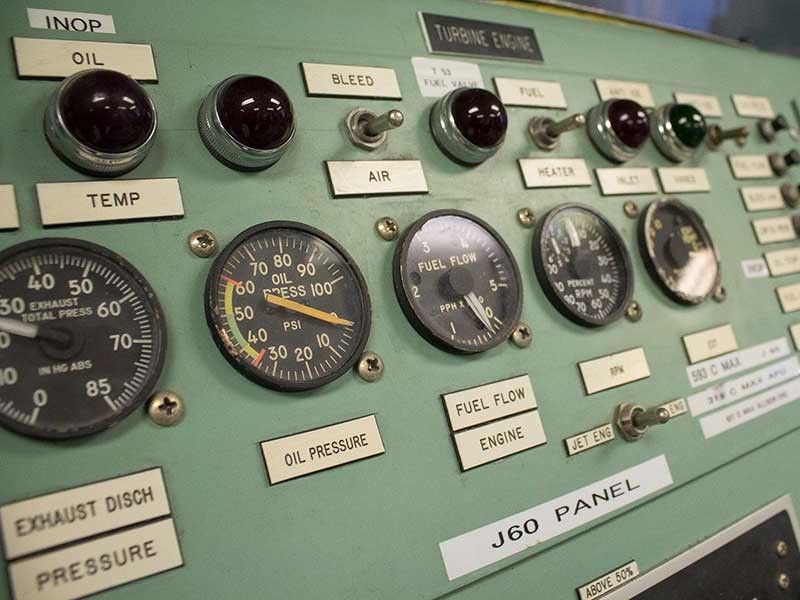 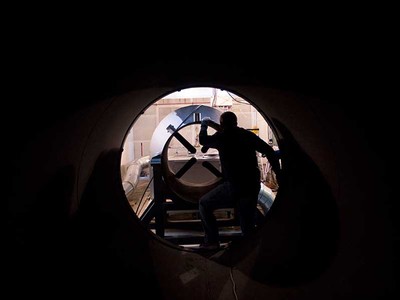 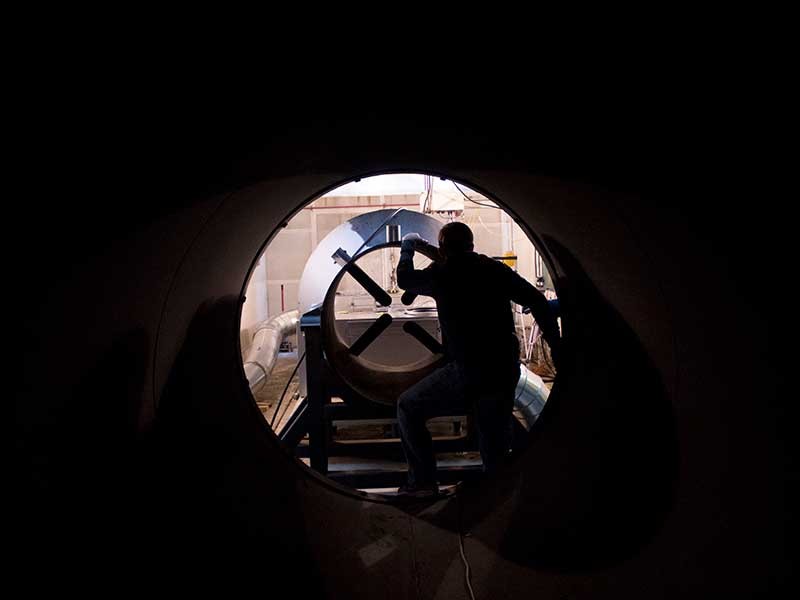