If you’ve ever rummaged frantically through the kitchen for dried beans or bottle caps prior to the imminent arrival of the school bus, then you’re more than familiar with math manipulatives. But if you haven’t set foot in an elementary classroom since F Troop was a hit TV show, the term may make you feel a bit like Rip Van Winkle.

“A manipulative is simply a concrete object that represents an abstract idea,” says Robert Heal, Utah State University professor of mathematics.
Manipulatives, ranging from sleek store-bought designs to cast-offs from kitchen junk drawers, are instructional fixtures in many of today’s elementary and secondary classrooms. They gained popularity in the 1980s when standards promoting their benefits were published by the National Council of Teachers of Mathematics.
Heal and USU colleagues professor James Dorward (Elementary Education); Senior Research Associate Joel Duffin (Instructional Technology), and professor Lawrence Cannon (Mathematics) created an interactive, Web-based library of virtual manipulatives after receiving a three-year, $1.2 million National Research Foundation grant in 1999. Named the National Library of Virtual Manipulatives, the collection is composed primarily of Java applets, featuring an array of colorful exercises for K-12 mathematics instruction.
Some students easily grasp abstract concepts, but the majority benefit from models that help them visualize an idea, says Doward. “A substantial body of research suggests that manipulatives increase student understanding and achievement.”
Pennies, paper clips and homemade wood, nail and rubber band geoboards are tried-and-true learning tools, but they have their limits, says Heal.
“With the virtual library, students, teachers and parents have hundreds of concept tutorials at their fingertips,” he says. “With the click of a mouse, you can rotate figures, change colors and create three-dimensional objects.”
Plus, adds Dorward, you can’t shoot a virtual rubber band at your neighbor.
“The virtual exercises are much more interactive than static objects and give teachers a lot of instructional flexibility,” says Heal.
Teachers, students and parents enthusiastically agree. Available on-line and free of charge since 2001, the library has attracted attention throughout the United States and the world. During the school year, the library’s Web site receives an impressive four million hits a day.
The Web site has garnered such awards as the prestigious New York Times’ “Educational Site of the Year” and was named one of the “101 Best Web Sites for Secondary Teachers” by the International Society for Technology in Education. Additional honors include several “Site of the Week” honors from the Math Forum and the Eisenhower National Clearinghouse.
Well-established education publishers Wiley and Sons, caught wind of the USU library and incorporated a NLVM CD into its existing book, “Mathematics for Elementary Teachers.”
“The book went from ‘who wants it’ to their number one seller," says Heal.
During 2007, the State of Maine will place a copy of the NLVM CD in the hands of every eighth grader. Beyond U.S. borders, the government-funded Learning Federation of Australia and New Zealand has adopted the library for those countries’ public education systems and Denmark has signed on as well, funding the development of a Danish language version of the CD for Danish public schools.
USU alumnus Alejandro Garcia, who completed a master’s degree in computer science in 2006, supervised the translation of the library into Spanish, which is now available on the Web site. A French version is nearing completion, plans are under way to create Chinese versions (one for Taiwan and one for the People’s Republic of China), and requests have been made for Arabic and Hebrew translations. Corporate giant Apple Computer has also expressed interest in the virtual library.
Impressive results, Heal concedes, from a single Web site that’s never been promoted through formal marketing. “We’ve never advertised the library — it’s simply spread by word of mouth,” he says. “It’s all just taken off.”
This could be just the beginning. The Utah Governor’s Office of Economic Development Board recently awarded the USU team funding for business counseling as a precursor to the team filing its proposal for the State of Utah’s Centers of Excellence (COE) technology commercialization program.
“Two outstanding Utah business leaders will assist our team in developing a business plan, completing our bid to become a Utah Center of Excellence, and launching our product to market,” says Heal. “One of the things they’ll help us develop is a name for our product — ‘eMATH@USU’ is a current contender.”
Whatever it’s called and in whatever language it’s offered, the library could play an important role in providing future generations with a solid foundation for advanced study and research in technology-based disciplines.
Heal says the library represents the collective efforts of a number of USU graduate and undergraduate students, as well as the research team. “What this project has shown me is the great things you can accomplish when you combine the varied efforts and expertise of talented people,” he says.
Related Links:
Contact: Robert Heal [robert.heal@usu.edu], 435-797-2853
Writer: Mary-Ann Muffoletto [maryann.muffoletto@usu.edu], 435-797-1429 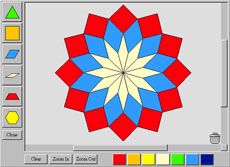 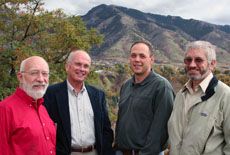