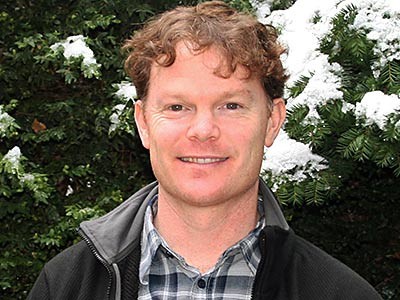 USU wildlife ecologist Dan MacNulty is among the authors and guest editors of the most recent issue of 'Yellowstone Science: Celebrating 20 Years of Wolves.'

The Internet is abuzz with stories of wolf restoration, and its effects, in Yellowstone National Park. Reports are alternately sentimental and sensational, but what’s the real story behind the iconic, yet controversial, American species?

The most recent issue of Yellowstone National Park’s flagship publication, Yellowstone Science, cuts through the myths and celebrates wolf restoration with a report of varied scientific research projects and findings about the canines since their reintroduction to the Greater Yellowstone Ecosystem more than 20 years ago.

Published July 13, 2016, the issue, titled “Celebrating 20 Years of Wolves,” is free and available online. The 100-page magazine begins with thoughts about lessons learned from former Secretary of the Interior Bruce Babbitt, along with highlights of recent research on wolf territoriality and inter-pack aggression, infectious diseases and wolf predation dynamics, as well as a comprehensive list of wolf facts.

Among the publication’s authors and guest editors is Utah State University wildlife ecologist Dan MacNulty, who has been involved with the Yellowstone Wolf Project since its 1995 inception and has studied the animals extensively. The issue also includes a nod to USU alum Ed Bangs’74, who coordinated the U.S. Fish and Wildlife Service’s wolf recovery efforts from 1998 until his retirement in 2011.

“This issue is significant because it provides a scientifically based, publicly accessible overview of what researchers have learned about Yellowstone wolves and their ecological impacts in the 20 years since wolves were reintroduced to the park,” says MacNulty, assistant professor in USU’s Department of Wildland Resources and the USU Ecology Center.

He notes the work is the product of two decades of painstaking observation and data collection across multiple levels of biological organizations from genes to ecosystems.

“Few wildland ecosystems have been as carefully dissected by as many experts as Yellowstone,” says MacNulty, who was also among authors of 2015’s landmark book, Wolves on the Hunt. “The articles were written by the scientists, including myself, who conducted the research and we made a special effort to translate our findings into an easily understandable format that could reach as wide an audience as possible.” 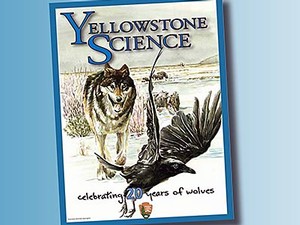 MacNulty says the wolf-focused issue of 'Yellowstone Science' is significant because it provides a scientifically based and publicly accessible overview of an often misunderstood species. 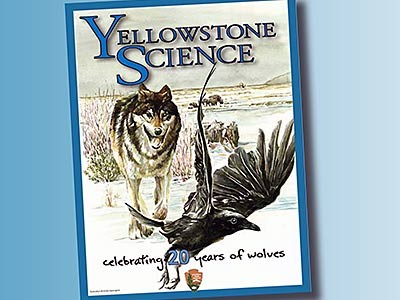