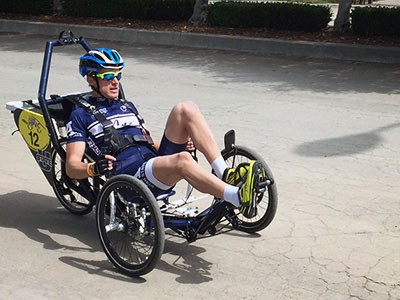 Deja Blue all over again — The USU-student built 'Deja Blue' trike with its operator Daniel Clayton placed first in the endurance category in competitions held in San Jose, California.

Two teams entered the Human Powered Vehicle Challenge (HPVC) with their custom designed three-wheeled cycles, going up against long-running champions, including Cal-State, Northridge and University of California-Berkley. The race was April 22-24 in San Jose.

The 11-member student team that built and raced the ‘Deja Blue’ trike placed third in overall ranking; second in innovation; and won first place in the endurance category. Mechanical engineering undergraduate Daniel Clayton, who operated Deja Blue, says the vehicle was well engineered and well-built for the race.

“Our Deja Blue trike that we built was meant to strike a balance between stability and maneuverability,” he said. “We designed the frame with rider geometry in mind to create a very ergonomic and simplistic design.”

“We are fairly new to this event,” said Fullmer. “And for us to compete so well and place as well as we did, speaks very highly of the quality of our student teams.”

HPVC events are organized around the world through the American Society of Mechanical Engineers. ASME says the purpose of the event is to create future leaders in alternative transportation engineering.

ASME organizers say human-powered transport is often the only type available in underdeveloped or inaccessible parts of the world. The HPVC provides an opportunity for students to demonstrate the application of sound engineering design principles in the development of sustainable and practical transportation alternatives. Students work in teams to design and build efficient, highly engineered vehicles for everyday use — from commuting to work, to carrying goods to market, says ASME on its website.

Looking back on the event, Clayton says he’s looking forward to future races.

“There was some great competition against us, but I feel that we had the vision and teamwork for our goal like no other team,” he said. “I look forward to being a member of the HPVC teams here at USU in coming years and to take all of the things we’ve learned and continue to innovate on our current design.” 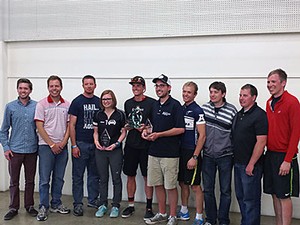 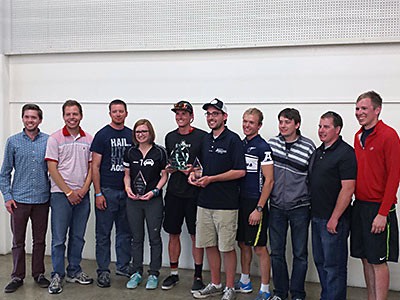