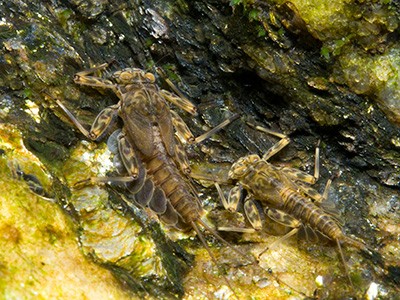 “Scientists have known for decades that many larger, freshwater species, including fish, are sensitive to human-caused pollution and habitat destruction,” says Hawkins, professor in USU’s Department of Watershed Sciences and the USU Ecology Center. “We know much less about the effects of these activities on insects and other aquatic invertebrates that inhabit these freshwaters.”

It turns out, he says, that populations of many of these small critters are declining.

With colleague Lester Yuan of the U.S. Environmental Protection Agency, Hawkins published findings from analyses of a multi-state region, including New York, Pennsylvania, West Virginia, Virginia, Maryland and Delaware, and another study site in North Carolina, in the December, 2016, issue of Freshwater Science.

“Results were similar for both study regions, where frequencies of occurrence for more than 70 percent of species have shifted,” says Hawkins, director of the USU-based Western Center for Monitoring and Assessment of Freshwater Ecosystems

These invertebrates tend to be small and inconspicuous and, therefore, out of the public eye, he says, but they can be as important as their larger counterparts.

“Aquatic insects, for example, provide food to fish,” Hawkins says. “They also help maintain high water quality by consuming both algae and decaying organic matter as well as filtering particulate matter out of the water."

The biggest technical challenge in conducting the study, he says, was determining which specific species likely occurred in each of the many different types of streams and rivers prior to the effects of pollution and habitat alteration.

“Ideally, we would compare current collection records with data collected prior to pollution at each stream,” Hawkins says. “But such historical information does not exist for the vast majority of streams and rivers."

Imagine, he says, having to reconstruct a complex painting, when more than 90 percent of the painting has been altered or destroyed.

“Then imagine using that reconstruction to estimate what elements of the original painting have been altered the most,” Hawkins says. “That’s what we were up against.”

To solve this problem, he and Yuan used data collected at different types of unpolluted, 'reference' rivers and streams in each region to predict what specific species should have occurred in all other streams.

“We then compared the species observed in each of several hundred study streams with the ones predicted to occur in each of those streams under pre-polluted conditions,” Hawkins says.

He says analyses of this type are important because these species are the “natural capital” that creates the ecosystem products and services on which human societies depend.

“We need to manage that capital better than we have in the past,” Hawkins says. “Our approach in this study can be applied to other regions to provide critically important information on the status of the thousands of freshwater species that occur around the world.” 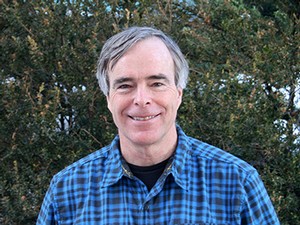 USU Watershed Sciences professor Chuck Hawkins is lead author of a featured paper in 'Freshwater Science' detailing results of an EPA-funded study of stream health in the eastern United States. 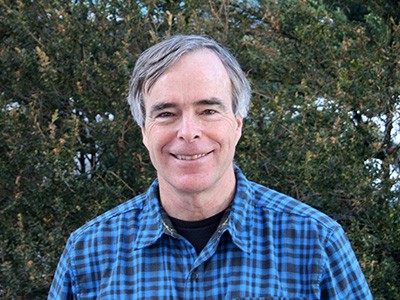