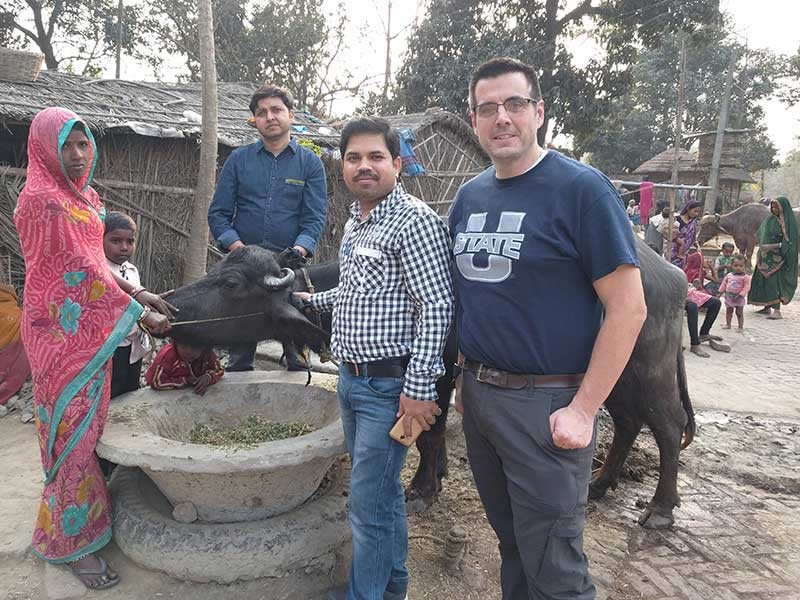 USU epidemiologist Scott Bernhardt, right, with an Indian colleague and locals in a village in India's Bihar state, where he is studying the transmission of visceral leishmaniasis, a deadly parasitic disease, from sand flies to humans.

Visceral leishmaniasis, a deadly parasitic disease also known as “Kala-azar,” “Black Fever” and “Dumdum Fever,” is transmitted to humans by sandflies. Second only to malaria as the most prevalent parasitic killer in the world, the illness is responsible for some 30,000 deaths annually.

Utah State University epidemiologist Scott Bernhardt is part of an international, National Institutes of Health-funded team working to eliminate the disease, which causes prolonged high fever and swelling of the spleen and liver.

Bernhardt recently returned from northeast India, where he is collaborating with scientists from the Tropical Medicine Research Center and teaching students from Banaras Hindu University about epidemiological techniques to combat the disease.

“My responsibility on this grant is to work with the Indian research team to understand insecticide resistance in the sand fly, which is the primary vector for leishmaniasis transmission to humans,” says the professional practice assistant professor in USU’s undergraduate Public Health program in the Department of Biology.

Visceral leishmaniasis is the most serious of three main types of the disease, which occurs throughout the world, but is mainly found in the tropics, subtropics and southern Europe.

“Often mistaken for other illnesses, accurate diagnosis and rapid treatment of visceral leishmaniasis is critical,” Bernhardt says. “The disease primarily occurs among the poor and underserved in areas where diagnosis and treatment centers are far away.”

Epidemiological principles of surveillance, case finding and vector control are also critical, he says, to reach the goal of disease elimination in these areas.

Bernhardt and other team members are using molecular techniques in areas administering insecticide against sandflies to evaluate and predict insecticide resistance in field sand fly populations.

“These techniques were developed at Utah State, prior to the funding of this training grant,” he says. “Using sand flies collected from the field, Indian researchers will be able to evaluate insecticide effectiveness.”

“We hope these findings will enable us to recommend rotations to different classes of insecticides to maintain effective vector control,” he says. 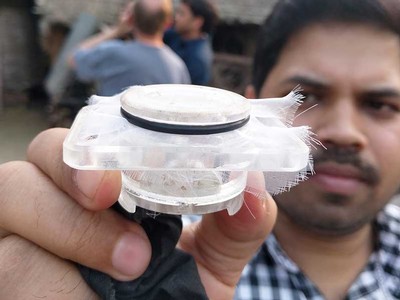 A scientist from Banaras Hindu University in India holds a sample of blood-fed sand flies from a water buffalo. USU epidemiologist Scott Bernhardt is a member of the NIH-funded team studying the flies' resistance to pesticides. 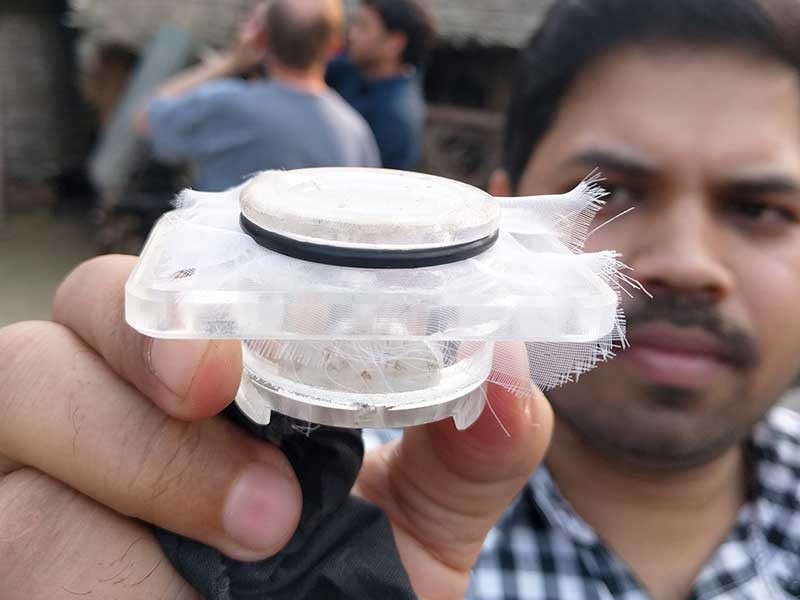