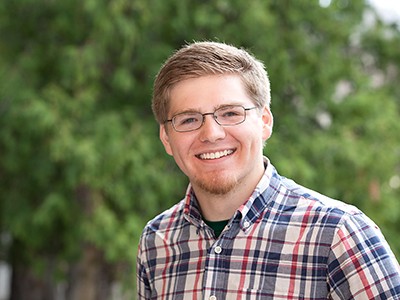 The award is administered by the Barry M. Goldwater Scholarship and Excellence in Education Foundation.  With this year’s honorees, USU boasts 25 Goldwater Scholars and 14 honorable mention recipients since 1998.

“This is well-deserved recognition for these students and a tremendous honor for Utah State University,” says USU President Stan Albrecht. “This award is a testament to the exceptional achievements of these individuals in academics, research and service, as well as the outstanding mentorship by our faculty.”

Lovelady is an Undergraduate Research Fellow. He and Cook are members of the USU Honors Program. Bourgeois is a third-year cadet in USU’s Army ROTC Jim Bridger Detachment.

Passionate about science and demonstrating a knack for mechanics since childhood, Lovelady developed a reputation in his household for “fixing things.”

“My family always assumed I’d become an engineer,” says the Taylorsville, Utah, native. “And throughout high school that was my goal.”

But a combined calculus/physics class in high school sparked the teen’s curiosity about theoretical physics.

“I found so many facets of physics fascinating,” says the Cottonwood High School graduate. “I thought I’d major in engineering and take physics on the side. But after poring through USU’s course catalog, I concluded the only way to learn quantum field theory was to major in physics.”

With USU faculty mentor Jim Wheeler, Lovelady is pursuing research on the Kaluza-Klein Theory on biconformal space. The sophomore recently published a paper on dynamical spacetime theory in Physical Review D, one of the physics community’s most prestigious academic journals.

“This paper is an attempt to explain gravity and the other three interactions — electromagnetism, weak nuclear and strong nuclear — with one unified theory,” Lovelady says. “My model does not really do this, but I’d like to think it is a step in the right direction.”

Following graduation from USU, he plans to pursue a doctorate in physics and a career in theoretical physics research.

Bourgeois hails from Hohenfels, Germany, where her father served with the U.S Army. She graduated from Hohenfels High School in 2013.

Her father’s 2007 cancer diagnosis changed her family forever, Bourgeois says. Thankfully, he is now cancer-free, but his five-year struggle galvanized his daughter’s determination to pursue cancer study and research.

“By connecting our experience and my education with my future goals, I have an opportunity to pursue study of genetics and eventually give back to others consumed in their own battles with cancer,” she says.

With faculty mentor Frank Messina, Bourgeois is studying mechanisms by which seed beetles adapt to newly introduced host plants, including food crops. She’s attempting to describe the genomic basis of trade-offs in insect performance and survival across host plants.

When she completes her studies at USU, Bourgeois hopes to join the U.S. Army’s Medical Corps and pursue genetics research.

“My objective is to advance understanding of cancer pathogenesis and to facilitate the translation of basic science innovations into the clinical setting to improve cancer patients’ survival,” she says.

Cook says his late grandfather, who taught science and math for more than 30 years, challenged him to “question the way the world works.”

The aspiring researcher took his first mentor’s advice to heart. After moving with his family, at age 12, to Washington’s San Juan Islands, Cook took advantage of opportunities to study marine biology.

“My classmates and I observed and studied every organism we could capture during our field trips to our island’s beaches,” he says. “The more I learned, the more intriguing and captivating the oceanfront became and my desire to learn grew.”

Following graduation from Lopez High School in 2011 and some college studies, Cook completed a two-year mission in Brazil.

With a four-month gap before resuming school, Cook embarked on a goal-setting technique, where he imagined what he’d like to be doing in five, 10 and 30 years.

“I idealized myself as a future president, a Pulitzer Prize-receiving author and other fantastic careers and realized nothing enticed me more than developing devices and materials that could improve health care treatment,” he says.

With Lewis, Cook is investigating ways to improve synthetic spider silk fibers produced in the USU lab that could one day provide material for artificial tendons, ligaments and skin, along with many other biomedical applications.

This year’s Goldwater Scholars are among 252 awardees selected from a field of 1,150 mathematics, science and engineering students from 415 colleges and universities nationwide. The national average for scholar and honorable mention recipients per competing institution is 1.2 per year, highlighting USU students’ impressive achievements. 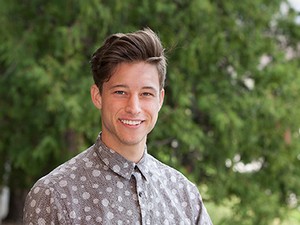 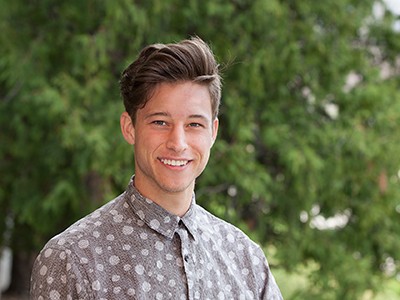 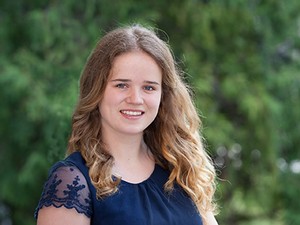 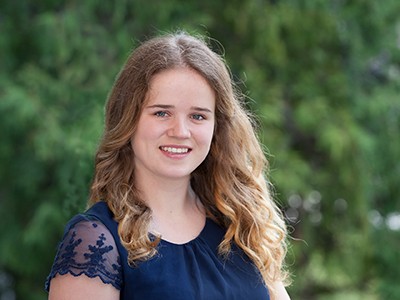