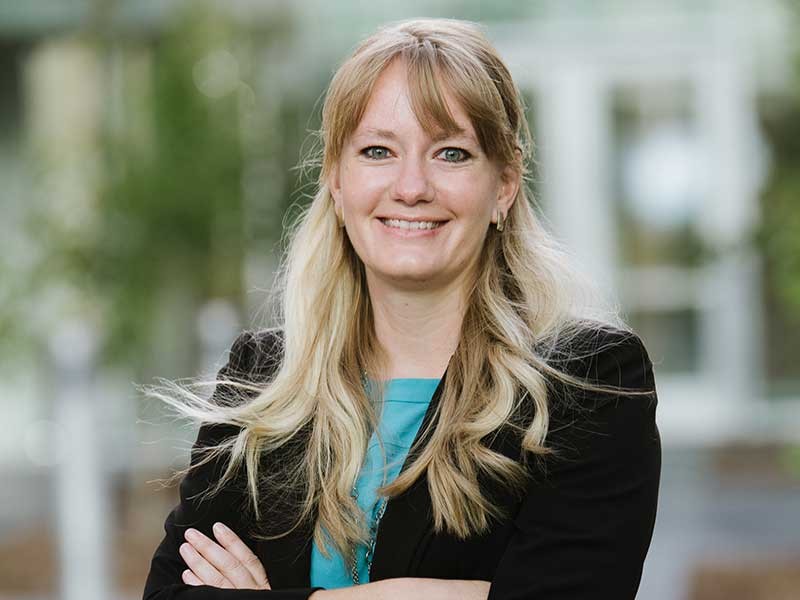 Professor Julena M. Bonner explores why employees sometimes sabotage customers following a hostile interaction, and whether it can be prevented.

A waiter spitting in a rude restaurant-goer’s food, a service counter worker giving false information to a belligerent customer, a retail employee snubbing an angry shopper. When customers are harsh or overly aggressive, reacting with retaliation and sabotage is an almost involuntary and immediate response for employees, according to new research by Utah State University’s Jon M. Huntsman School of Business Professor Julena M. Bonner.

The paper, entitled “Why sabotage customers who mistreat you? Activated hostility and subsequent devaluation of targets as a moral disengagement mechanism,” explores why employees sometimes sabotage customers following a hostile interaction, and whether it can be prevented. Co-authored by Yu-Shan (Sandy) Huang of Northern Michigan University, Rebecca L. Greenbaum of State University of New Jersey, and Cynthia S. Wang of Northwestern University, the paper appeared in the Journal of Applied Psychology.

The research shows that despite understanding potential negative outcomes from backlash toward customers, such as reprimands, damage to company reputation, or even termination, employees will still consciously react to perceived mistreatment in a way that can cause harm to a customer.

“It’s human nature,” said Bonner. “When a person is treated poorly, they lash out with an ‘eye for an eye’ mentality. There are negative ramifications for the employee and for the organization, but people often just can’t help themselves.”

Bonner and her research team wanted to study what causes us to behave this way, and whether that behavior can be moderated by environmental factors.

“When you have a negative interaction with someone who behaves in a hostile way toward you, it triggers an intuitive emotional response – a gut reaction—which causes us to morally disengage,” said Bonner. “When we morally disengage, we shut off our moral standards and see those standards as not applying to certain people or situations. For example, it’s your fault for yelling at me over the phone, so you deserve to be put on hold for an unnecessarily long period of time.”

While negative reactions happen so quickly that they may seem involuntary on the part of the employee, Bonner and her team discovered that a company’s culture can mitigate bad employee behavior. Employees are more likely to sabotage customers if they perceive their workplace has an unethical culture, for example, seeing or hearing about fellow employees retaliating against customers without punishment. Conversely, when a work environment has a strong culture of ethical behavior, through both formal policies and informal values exemplified by other employees and managers, employees are more likely to control their reactions and behave professionally when they’re treated poorly by the customer.

For managers, this means that creating a highly ethical climate can both alter the way employees think about provoking interactions with customers, as well as influencing the way they behave in response to those situations.

Bonner encourages companies to establish formal ethical standards through policies, practices, and procedures. In addition, employers can teach employees to properly respond to harsh or angry customers without sabotage by offering mindfulness training or by putting employees in role playing scenarios where they must practice proper responses to antagonistic customers.

“If we can understand how this process works, we can learn how to break the cycle,” said Bonner. “It comes down to awareness.”