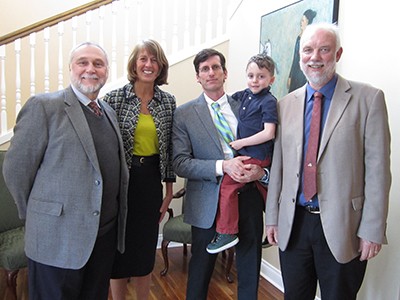 Teaching, research, service. Professors wear many hats and face many demands, which require focus and prioritization. Utah State University ecologist Peter Adler remembers sitting at a memorial service listening as, one by one, students rose to offer their reflections about a much-admired professor.

“I was struck by how many talked about how this man had instilled them with confidence,” says Adler, who recounted this story with family and friends March 21 at the USU President’s Home. “I would love to be able to inspire my students like that.”

His presentation, “Serendipity, Mentoring and Synthesis,” was the 19th talk in the university’s 2016-17 Inaugural Professor Lecture Series. Coordinated by the Provost’s Office, the series highlights the accomplishments of faculty who have been promoted to full professor in the past year.

Adler, professor of plant community ecology in USU’s Department of Wildland Resources and the USU Ecology Center, says his path to an academic career isn’t a story of hardships and obstacles.

“My parents provided me with lots of opportunities,” says the Berkeley, Calif. native, who enjoyed spending time on the city basketball court and the slopes of the nearby Sierra Nevada Mountains.

Adler entered Harvard intent on studying history and literature, but soon felt the draw of ecology and environmental studies. Participation in a National Science Foundation Research Experiences for Undergraduates at Oregon’s Andrews Experimental Forest was a turning point for the aspiring ecologist. Following graduation from Harvard, Adler pursued field work in Yosemite National Park and Hawaii, and landed a Fulbright fellowship for a year of study in the remote Andes of northwestern Argentina.

He began graduate studies at Colorado State University, from which he earned a doctoral degree in 2003. While there, Adler became interested in rescuing and analyzing old, long-term datasets, including three decades of handwritten prairie grasses data, collected in Kansas, ranging from the Dust Bowl years of the 1930s through some of the wettest years on record, to the 1970s.

Postdoc fellowships followed at the University of California, Santa Barbara, where Adler honed his knowledge of bioinformatics and cultivated research collaborations that continue to this day. Among these is the Nutrient Network or ‘NutNet,’ a cooperative research initiative dedicated to investigating biodiversity and ecosystem processes in grasslands around the world.

“Our network science approach enabled us to synthesize many disparate case studies and data to tackle this long-standing ecological question,” he says.

From that experience and others that followed, Adler, who joined USU in 2006 and was awarded an NSF CAREER grant in 2011, realized the power of synthesis in approaching research questions.

“A contribution I can make to my field is bringing together people and ideas to form new approaches and research methodologies,” he says. “Combined with teaching and mentoring students, I believe I can impact the way people think about ecology.” 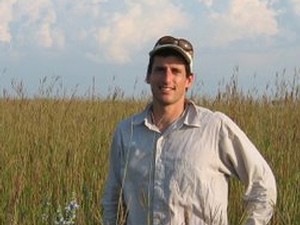 Peter Adler, professor in USU's Department of Wildland Resources and the USU Ecology Center, is a plant ecologist studying population and community dynamics in space and time. He received an NSF CAREER grant in 2011. 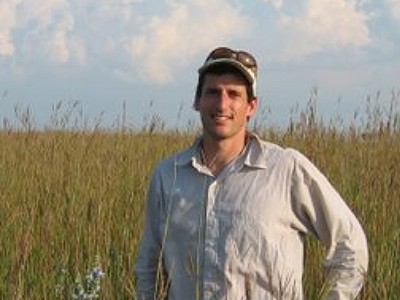