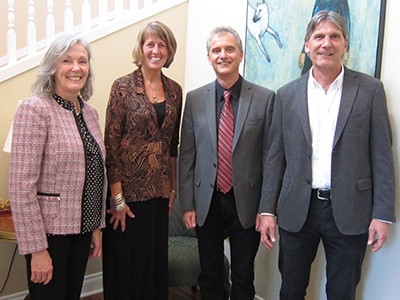 Find the magnetic field at the center of a square loop, which carries a steady current I. Let R be the distance from center to side.

This is an example of the kinds of physics problems Utah State University physicist Ludger Scherliess was tasked with solving during his early undergrad years at the University of Bonn in his native Germany.

“Such exercises are at the core of physics,” he says. “Not always exciting, but necessary to build a good foundation.”

Then, he took a course called “Extraterrestrial Physics” with Professor Gerd Prölss.

“It blew my mind,” says the professor in USU’s Department of Physics and Center of Atmospheric and Space Sciences. “In that class, I realized the extraordinary beauty of physics. The subject came alive.”

Scherliess shared his enthusiasm in his Sept. 25 presentation, “A Journey through Space,” the first talk in the university’s 2017-18 Inaugural Professor Lecture Series. Coordinated by the Provost’s Office, the series highlights the accomplishments of faculty, who have been promoted to full professor in the past year.

“I knew nothing about Logan, Utah, but I eagerly accepted his offer,” Scherliess recalls. “I thought I’d be here a year, maybe two. Little did I know I’d build a life here.”

His early days at Utah State yielded an obstacle or two.

“It was a culture shock, I knew hardly anyone and I was adjusting to a new language,” he says. “A misunderstanding during my first week almost got me kicked off campus.”

Living in a dorm and getting to know new people, Scherliess innocently purchased beer and hosted an impromptu campus gathering.

“As I said, I was just becoming acquainted with the local culture,” he says. “Fortunately, after that incident, my orientation to USU went much more smoothly. I got involved in the International Student Association, in which I made lifelong friends and shared some of the most enriching experiences of my life.”

“Bela was an amazing and inspiring mentor, because he was so engaged in his research,” he says.

Scherliess completed his doctoral degree from USU in 1997 and accepted a position with the National Center for Atmospheric Research in Boulder, Colorado, where he met current USU Science Dean Maura Hagan. Just months after his appointment, however, Utah State contacted him with an offer.

“(USU Professor) Bob Schunk was initiating a project to create a weather model for the Earth’s upper atmosphere, something never done before, and he asked me to join him,” he says. “I had no idea how to do it, but I was intrigued and said ‘yes.’”

Back in Logan, Scherliess set to work with “a fantastic team of people,” which established the Space Weather Group at USU and delivered the model, known as GAIM (Global Assimilation of Ionospheric Measurements).

He says Utah State has also afforded him opportunities to teach, including his favorite space exploration depth class for non-science majors.

“I hope I can inspire students and spark their interest in science as my interest was sparked back in my undergrad days in Germany,” Scherliess says. 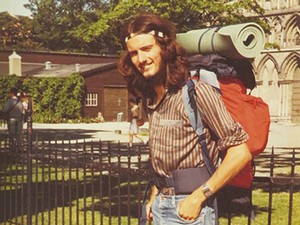 An enthusiastic traveler, Professor Ludger Scherliess, pictured here in Norway during his undergrad years, jumped at the chance to move to Utah and pursue space physics with USU professor Bela Fejer. 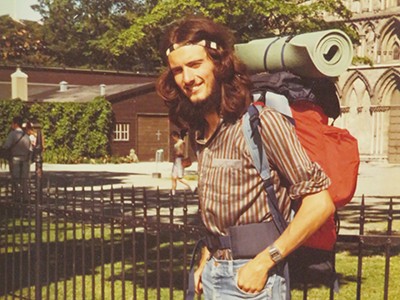