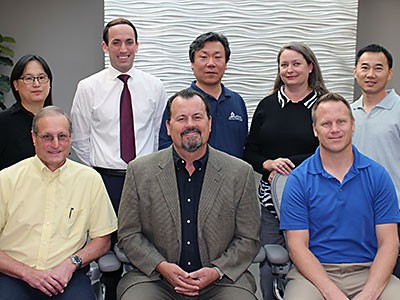 USU scientists who successfully sequenced the genomes of three important strains of Zika virus that will be an important tool in the search for treatments and a vaccine against the virus. Back row, left to right: Sang-Im Yun, Jordan Frank, Young-Min Lee, Irina Polejaeva and Byung-Hak Song. Front row: Chris Davies, Ken White and Justin Julander.

A team of researchers at Utah State University has characterized the consensus genome sequences of three historically important Zika virus strains, an important step towards developing antiviral therapeutic and preventive strategies against Zika and related viruses. The research was published Aug. 18 in Genome Announcements, a journal of the American Society for Microbiology.

“The epidemic in the Americas is potentially threatening the entire world,” said senior author Young-Min Lee, associate professor in the College of Agriculture and Applied Sciences’ Department of Animal, Dairy, and Veterinary Sciences. The new research, he said, may ultimately lead to stopping Zika’s spread and preventing future outbreaks.

Previously, these researchers focused on understanding the molecular basis of viral replication and pathogenesis of the Japanese encephalitis virus (JEV), a mostly neglected but clinically important pathogen which, like Zika, is a flavivirus. That research has provided a lot of information that will be critical to efforts to tame Zika, said Lee.

For example, the researchers had sequenced several clinically important strains of JEV and had developed a “reverse genetics” system for manipulating those viruses. That system made it possible to create recombinant and mutant JEVs. That, and other tools these investigators developed for JEV can easily be adapted to use on Zika.

These tools will allow them to create an attenuated (less virulent) Zika virus that can serve as a candidate vaccine, said Lee. The researchers can attenuate the virus by inactivating a protein that Zika uses to invade human cells.

The first of the three Zika virus strains whose sequences the researchers have characterized was isolated in 1947 from a sentinel rhesus monkey in Uganda.

“A sentinel animal is an animal intentionally placed in a particular environment to detect the presence of an infectious agent in the area,” said Lee. “Zika virus was discovered accidentally in the Zika forest of Uganda during a search for yellow fever virus, another flavivirus related to Zika.”

The second strain of Zika was isolated in 1966 from a pool of Aedes aegypti mosquitos in Malaysia. The third strain is responsible for the epidemic that recently swept Latin America. It was first isolated in early 2015, in Puerto Rico, and has now reached Florida, where it has begun to spread.

From this research, and from an analysis using the sequences of 29 available Zika virus genomes, the Utah team has shown that these viruses fall into two major genetic lineages: One African and one Asian. The latter includes both the Malaysian, and the American epidemic strain. That latter strain is derived from an ancestor of the Asian lineage.

“The most obvious and significant challenge to the virus is the host immune response, and evasion of the host immune response is a key feature of the survival strategy,” he said. “Studies are currently underway at Utah State University to examine the functional importance of the genetic variation on viral replication and pathogenesis.”

Other contributors to the genome sequencing project and co-authors on the paper are technicians and faculty members in the College of Agriculture and Applied Sciences and include Sang-Im Yun, Byung-Hak Song, Jordan Frank, Justin Julander, Irina Polejaeva, Christopher Davies and Kenneth White. 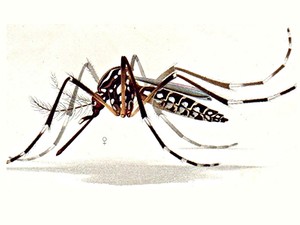 The Zika virus is primarily spread by Aedes aegypti mosquitos. 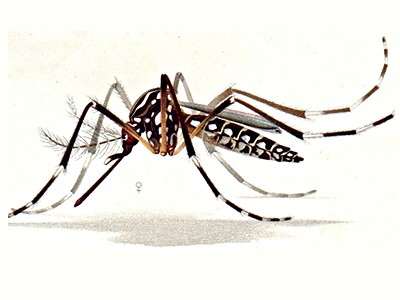