A study released Dec. 9 and published in the prestigious journal Science by Utah State University researcher Layne Coppock and colleagues reveals an initiative guided by a USU-led consortium is helping pastoralists of southern Ethiopia better endure drought. Organized in 1997 and known as the Pastoral Risk Management Project, or “PARIMA,” the program mentored participants in developing complementary sources of income and assets to bolster household economic stability and thus achieve greater drought-resilience.

In the grips of the worst drought in nearly 60 years, hundreds of thousands of people in the Greater Horn of Africa, the easternmost part of the continent, face famine and destitution. Among the hardest hit are pastoralists who eke out a hardscrabble living raising a few cattle, sheep or goats on the semi-arid savanna.

“Poverty among pastoralists is rampant and poor people are always the most vulnerable in a crisis,” says Coppock. “In addition to drought, physical insecurity due to lawlessness and the proliferation of armed groups disrupts commerce and the flow of food aid.”

“From 2000 to 2004, my colleagues and I used an action-oriented approach to help pastoralists in southern Ethiopia diversify their livelihoods to improve their standard of living and better manage risk,” says the associate professor in USU’s Department of Environment and Society. “During a major drought from 2005 to 2008, we then had a chance to evaluate the effects of our interventions on human welfare.”

Participants in the program experienced significant improvements in trends for income generation, asset preservation and hunger reduction when compared to their neighbors who had never joined the project, he says.

“Project participants reported an overall higher quality of life,” Coppock says. “We thus have proof that investing in basic capacity building for rural people can be a driver for positive change, even in a very harsh environment.”

“Rather than introducing new technology, our approach involved human capacity-building,” Coppock says. “It is difficult to diversify your livelihood by starting a small business if you are illiterate, lack skills and capital and have no experience other than herding animals.”.

Funded primarily by the U.S. Agency for International Development, PARIMA involved collaborations among five universities in Kenya and the United States, along with a network of East African public and private organizations. The project assisted thousands of participants by improving their levels of literacy and numeracy. Instruction followed in principles of managing savings-led, small-scale savings and loan associations, how to create and manage small businesses and improving participants’ ability to sell high-quality livestock to domestic and export markets. Over time, careful mentoring and troubleshooting by project staff resulted in the creation of 59 durable collective-action groups.

“We guided the groups so they could forge their own pathways,” Coppock says. “PARIMA’s intervention efforts cost $36 per participant or $1 per person per month over a three-year training period.”

One of the most remarkable outcomes, he says, was poor women stepping forward to take the lead in project activities.

“Married women traditionally have subservient domestic roles in this society,” he says. “They would find it hard to imagine an alternative lifestyle, so day-to-day drudgery prevails.”

Coppock credits help from peer mentors as a catalyst for the women’s participation. In 2000, PARIMA investigators discovered innovative pastoral women’s associations in neighboring Kenya. A crucial breakthrough occurred, he says, when investigators enabled 15 women leaders from Ethiopia to cross the border to meet with the Kenyans.

“It really shook the Ethiopians’ world,” he says. “They saw what could be accomplished by livelihood diversification among women similar to themselves. They immediately envisioned ideas they could pursue on their own.”

In the subsequent 10 years, the pastoralists marketed thousands of livestock that were sold to lucrative Gulf State markets, helping generate capital for the groups’ livelihood diversification initiatives. Surprising successes come in the form of small business development, Coppock says. For example, associations of women and men developed new rock and gravel operations to supply materials for local construction projects.

In another case, women collaborated to start a bakery because they saw a market for fresh bread in a nearby town. But the fledgling entrepreneurs had no oven. Our resourceful member of the group came up with the idea of hollowing out parts of an old termite mound – a tall, earthen structure with a natural flue – to use as a wood-burning kiln.

“She took out a small loan from her collective-action group to buy a few cooking utensils and paid a cook from town to teach her all she needed to know about bread-making,” Coppock says. “The kiln worked. The group has made significant money.”

Since the collective-action groups’ inception in 2001, participants have dispensed more than 5,000 small loans with a cumulative value of more than $645,000. The rate of repayment – with interest – has been 96 percent. There is no collateral for the loans; the system operates on trust.

Pastoralists have resided in southern Ethiopia’s Borana Plateau for centuries, but increasing occurrences of drought, annexation of grazing land, population growth and environmental degradation threaten their traditional way of life.

With the formation of collective-action groups, many pastoralists are thus escaping the vicious cycle of a downward spiral and are now part of a “virtuous cycle,” Coppock says, where many, for the first time, are in the habit of regularly saving money and building household security nets. With greater economic security, parents are more motivated to send their children – both sons and daughters – to school.

“Under existing conditions, pastoralists are prisoners of their circumstances – namely, lack of opportunity,” he says. “The key to the project’s success is that participants now have some control over their situation and a dream that their lives can be better. And their dream is spreading like wildfire.” 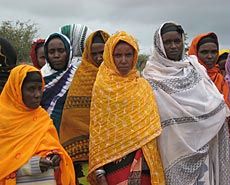 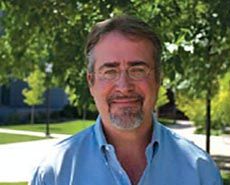 Layne Coppock, associate professor in USU's Department of Environment and Society, was principal investigator for the USAID-funded PARIMA project. Findings from an assessment of the project appear in the Dec. 9 issue of 'Science.’