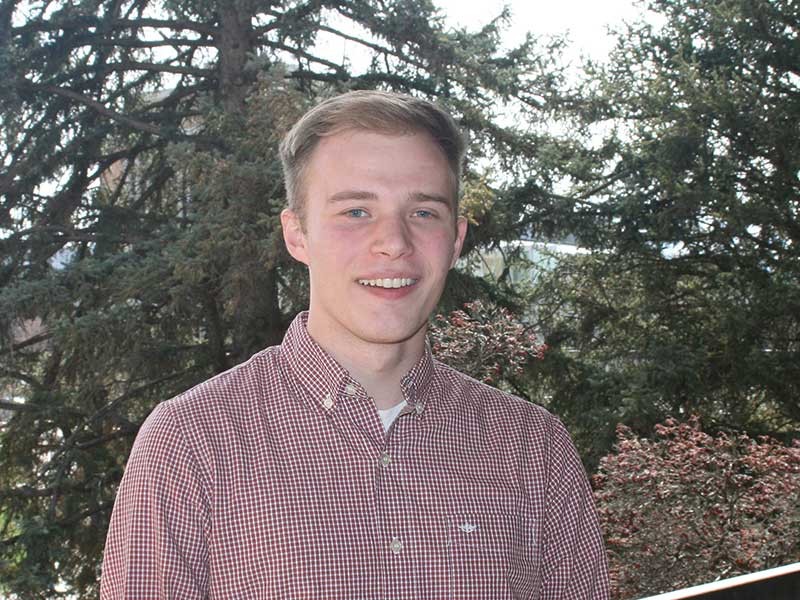 USU scholar David Maughan, who is majoring in physics and mathematics, received honorable mention from the Barry Goldwater Scholarship and Excellence in Education Program, the nation's most prestigious STEM competition for undergraduates.

Utah State University scholar David Maughan earned honorable mention from the Barry Goldwater Scholarship and Excellence in Education Program. Each year, the prestigious national competition recognizes outstanding achievements in science and mathematics.  Maughan, a physics and mathematics major, was selected from the 2018 nomination pool of more than 1,200 science, math and engineering students from 2,000 colleges and universities.

“Goldwater honorees are selected from among the nation’s top undergraduate scholars,” says USU President Noelle Cockett. “This well-deserved recognition is a testament to the exceptional achievements of our students in academics, research and service, as well as the outstanding mentorship by our faculty.”

Each year, USU may submit up to four nominations for the award; a process coordinated by the USU Honors program that begins in November.

A native of the small town of East Greenbush in upstate New York, Maughan decided to become a Utah State Aggie after visiting the USU campus during his high school years.

“I absolutely loved it,” he says. “The campus is beautiful.”

“My research combines important discoveries made by 20th Century physicists Albert Einstein and Emmy Noether,” Maughan says. “Einstein’s work explains gravitation and how the universe works on a cosmological scale. Noether’s work explains how symmetries and conservation laws are intertwined in dynamical systems.”

“Subsequent results in the general relativity literature have used a variety of ad hoc methods to analyze the symmetries and conservation laws associated with such motion,” Maughan says. “My research is based on the hypothesis that Noether’s work could simplify the solution of the trajectories of these particles and help better understand the related symmetries and conservation laws.”

The Goldwater honoree has shown that formerly reported results are actually a direct, and simple, consequence of Noether’s paper.

“My research uses computer software developed by Professor Torre and colleagues at USU to correctly and quickly perform otherwise formidable analytical calculations in differential geometry and general relativity that might take months or years to do by hand – and sometimes with errors,” he says.
In addition to the Goldwater accolade, Maughan has received a number of academic recognitions, including being named a Seely-Hinckley Scholar, an Arthur Van Vliet Scholar, a Lillywhite Scholar and a Blood-Taylor Research Fellow. He is also the recipient of the USU Department of Physics’ Ottesen Award, given for the highest grades in two semesters of freshman physics.

Maughan was among three USU Physics scholars, and just 40 undergraduates worldwide, selected to participate in the 2018 Jürgen Ehlers Spring School at the Max Planck Institute for Gravitational Physics recently held in Potsdam, Germany.

“Where else, but Utah State, would I have been able to have all these opportunities?” he says. “The faculty here are dedicated to the education and professional advancement of their students.” 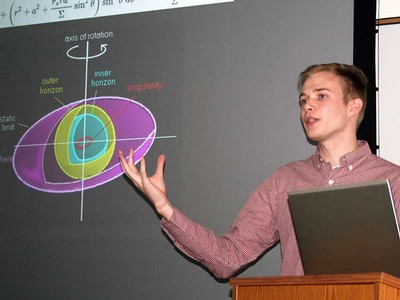 At the April 3, 2018, USU Physics Colloquium, David Maughan reports on his participation in the 2018 Jürgen Ehlers Spring School at the Max Planck Institute for Gravitational Physics recently held in Potsdam, Germany. 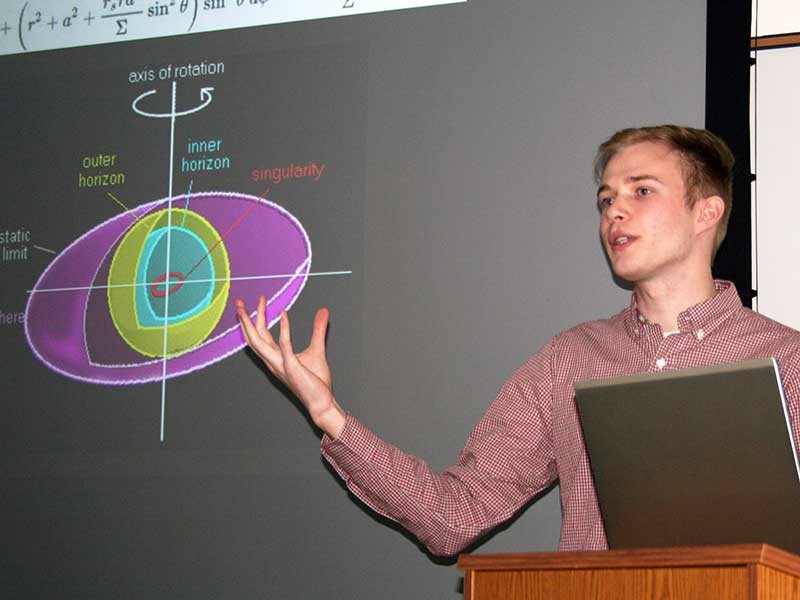