Utah State University’s political science honor society was named of the best chapters in the country by the national office of Pi Sigma Alpha. This marks the eighth time the university’s chapter — Alpha Iota — has been recognized for its leadership and activities, and all under the guidance of William Furlong, professor of political science in the College of Humanities and Social Sciences.

“[He] should be recognized for extraordinary leadership and dedication to the political science students who are members of this chapter,” wrote Nancy McManus, administrator for the National Chapter. “These awards are intended to recognize local chapters that are particularly active in their departments and universities and exhibit high levels of energy and creativity in furthering the goals of the honor society.”

Pi Sigma Alpha was founded in 1920 at the University of Texas to connect students and faculty pursuing studies of government and politics. USU’s chapter was established in 1946. There are now more than 700 university chapters across the nation. This year, awards were given to only about a dozen chapters across four size categories—USU won for Best Chapter in schools with enrollments of more than 15,000 students.

“We are competing against the big guys,” Furlong said.

He is a specialist of Latin American studies and United States foreign policy and has received five Fulbright lectureships since joining the USU faculty more than 40 years ago. In 1991, after stepping down as chair of the political science department, he was appointed as the advisor to the school’s honor society—a position he still holds.

“When I took over advising [Alpha Iota] we decided to make something out of it, let’s make it something meaningful for the students,” Furlong said.

He wanted the honor society to be more than a line on a resume for students; he wanted students to be actively involved in planning university events and participating in community service.  Over the past 20 years he has expanded the number of students joining the society, but also the responsibilities of the members.

During the 2010-11 academic year, the group hosted a number of events including a viewing of the State of the Union Address for students and faculty in January, which was covered by The Statesman; sponsored a student paper competition, and invited V. James Strickler, assistant professor of political science, to lecture on the realities of law school for students considering applying.

Members of Alpha Iota worked in conjunction with ASUSU’s government relations council to hold a voter registration drive in the fall, resulting in more than 900 voters being registered. They wrote and mailed objective summaries of student candidates and proposed amendments for the USU election in order to increase voter awareness about the issues and candidates. The group also partnered with the Utah Colleges Exit Poll organization to conduct exit polling at stations in Cache Valley. In November, they organized a post-election panel with political science professors to discuss election results.

Alpha Iota was active in several community service activities throughout the year. The group participated in the university-wide “Stuff a Bus” campaign where students go door-to-door gathering food and clothing donations and helped organize the Peanut Butter and Japan Jam fundraiser after the March earthquake and tsunami. The carnival game the group worked helped raise more than $2,000.

Additional applications to join the honor society will be accepted in the fall.

“If students want to have a leadership role and get better known by the faculty, here’s a chance to do so,” Furlong said. 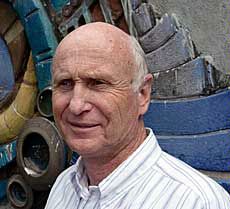 Professor Bill Furlong is a former university professor of the year and researcher of the year for the College of Humanities and Social Sciences. He has been recognized as the National Pi Sigma Alpha Advisor of the Year twice. 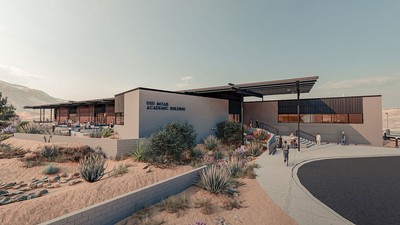 The archived symposium videos are accompanied by discussion guides, which are designed to provoke thoughtful responses to proposed questions, and act as a resource to viewers to discuss the issues presented and to learn more.