Utah State University President Stan Albrecht honored two university professors in the Department of Plants, Soils and Climate as part of the Inaugural Lecture Series, a program coordinated by the provost’s office, in February 2014. Brent Black and Scott Jones presented for the series that highlights the accomplishments of faculty who have been promoted to full professor.

Black is a professor of pomology who presented “A Pomological Pathway to Professorship” at President Albrecht’s home. While completing his undergraduate degree in plant and soil science at Utah State University, he became interested in fruit trees. Black pursued graduate studies in plant physiology and pomology at Michigan State University, Oregon State University and University of Maryland at College Park. After graduating, Black spent six years studying how the physiology of berry crops were affected by crop management practices for the United States Department of Agriculture’s Beltsville Agricultural Research Center. His is now developing and adapting technologies that will help maintain the viability of the Utah tree- and small-fruit industries.

Jones, who presented “Academic Synergy: Making Friends and Playing Well” at President Albrecht’s home, is a professor of environmental soil physics. Jones received a bachelor’s degree in irrigation engineering and a doctorate in soil science from Utah State University. After graduate school, Jones spent 18 months in Israel as a postdoctoral associate in the Volcani Center. He then returned to Logan and has spent the remainder of his career working his way through academic ranks. Some highlights from Jones’ career include flying in more than 300 parabolic flight parabolas on NASA’s zero-gravity aircraft, acting as science lead on two International Space Station experiments and developing new instruments and sensors for use in soils and porous media.

Jones received the 2013 Faculty Researcher of the Year Award, Wilford R. and Marjorie C. Gardner Junior Faculty Travel Fellowship, 2008 Undergraduate Mentor of the Year Award and more. He has also been part of review panels for the 2012 National Science Foundation, 2012 Binational Agricultural Research and Development Fund and 2008 USDA-NRI Proposal Review. 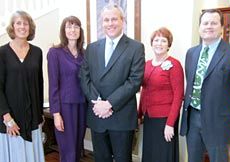 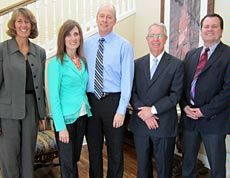