In the past nine years, Brian Kent Warnick has mentored more than 100 student teachers as an assistant professor of agricultural systems technology and education at Utah State University. It was for this committed service to students that the Association of Public and Land-Grant Universities awarded Warnick a National Teaching Award for Food and Agriculture Sciences. The award was announced Nov. 10.

Warnick was one of six regional award recipients recognized at the 126th APLU Annual Meeting in Washington, D.C. Along with his award, he received a $2,000 stipend to be used in efforts in improving teaching at USU.

Warnick also serves as the advisor of Alpha Tau Alpha, a national professional organization for agricultural education students, assists with the graduate curriculum committee and conducts research centered on the long-term professional development of teachers.

Edgar, now an associate professor at the University of Arkansas, received one of two New Teacher Awards. She was recognized for assisting the improvement of curriculum for the Department of Agricultural Education, Communications and Technology at the University of Arkansas. In 2000 she graduated from USU with a bachelor’s degree in animal science and later earned a master’s degree in agriculture systems, technology and education in 2002, also from Utah State.

The meeting, sponsored by the U.S. Department of Agriculture, the American Association of State Colleges and Universities and APLU, is held annually and extends invitations to more than 1,100 public university presidents, chancellors and other leaders. During this time, issues such as economic prosperity, innovations, renewable resources and international initiatives are discussed in more than 150 general, complete and concurrent sessions and meetings. 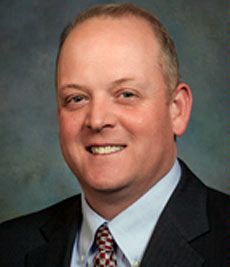 Brian Kent Warnick is the recipient of a National Teaching Award for Food and Agriculture Sciences.