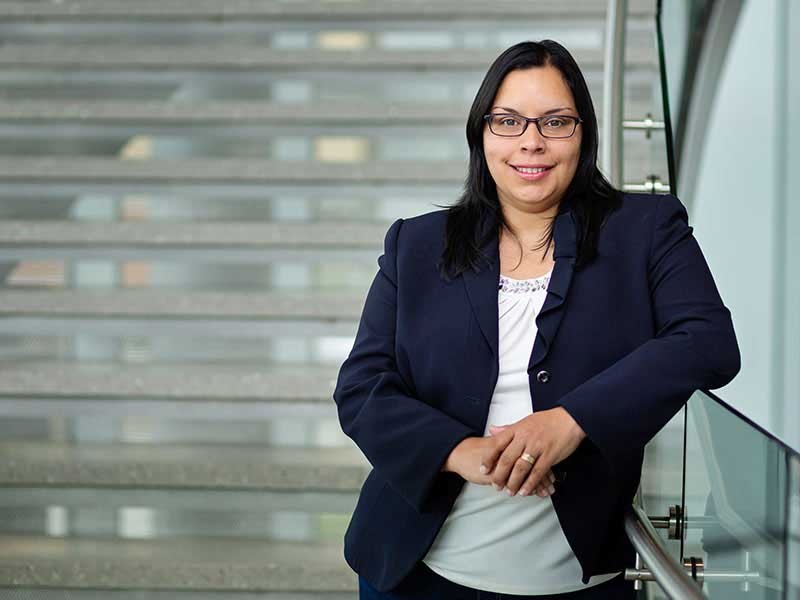 The Presidential Early Career Award for Scientists and Engineers, or PECASE, is bestowed upon junior faculty who are leading innovative research and who demonstrate exceptional leadership in science and engineering. Villanueva is the first faculty from Utah State University to receive the award since it began in 1996, and she is the only 2019 award recipient from Utah.

“I am simply humbled and honored to be representing my island of Puerto Rico and my home institution, Utah State University, on this presidential award,” she said.

A first-generation student from Aguadilla, Puerto Rico, Villanueva (pronounced Veeya-nu-AVA) has led a remarkable start to her career in academia. Since joining USU in 2013, she has become one of the most accomplished faculty in the College of Engineering where she’s currently an assistant professor in the Department of Engineering Education. Her colleagues say the prestigious PECASE award demonstrates Villanueva’s ambitious drive and commitment to improving research-informed educational practices.

“This award represents an outstanding series of accomplishments that Idalis has made in just a few years,” said College of Engineering Dean Jagath Kaluarachchi. “She is so deserving of this national recognition, and we are fortunate to count Idalis as part of our faculty.”

Villanueva is an award-winning faculty researcher. She has authored 61 research manuscripts and book chapters, presented dozens of conference and research presentations and holds one filed patent and one proceeding patent. She currently oversees six ongoing multi-institutional research studies and has secured a total of $2.5 million in research funding. In 2017 she received the Faculty Early Career Development Program award from the National Science Foundation, and earlier this year received the Utah State University Robins Award as Faculty Researcher of the Year.

Villanueva is also an active member of several professional societies including the Society of Hispanic Professional Engineers, the American Society for Engineering Education and the Institute of Electrical and Electronics Engineers.

Villanueva was nominated for the PECASE by the National Science Foundation. She will receive the award at a special ceremony on July 25 in Washington, D.C.