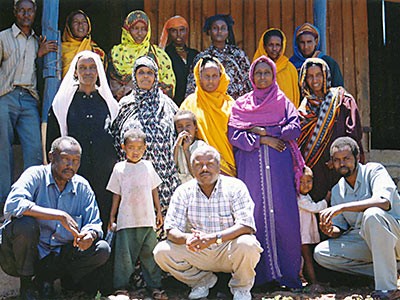 Former USU research associate Solomon Desta and an innovative women's group in Kulamawe, northern Kenya. These women became the model for poverty-reducing programs that surged across the region.

For 30 years Layne Coppock has led highly successful research programs that also change peoples’ lives in southern Ethiopia and northern Kenya. This fall his efforts have been honored with two prestigious awards, one for career achievement in eastern Africa from a professional organization in Ethiopia, and another from the Board for International Food and Agricultural Development (BIFAD), recognizing the sustained success of a pastoral women’s collective-action project initiated in 1999. The work with the pastoral women was part of the USAID-funded Pastoral Risk Management (PARIMA) project at USU from 1997 to 2009.

Coppock, a professor in the Department of Environment and Society and a Utah Agricultural Experiment Station researcher, received the 2015 Scientific Award for Excellence from BIFAD at Purdue University in October; BIFAD is a presidentially appointed board that advises the United States Agency for International Development (USAID) concerning links between USAID and universities in the United States. American universities spearhead USAID-supported research in programs worldwide involving production agriculture, sustainable systems, poverty reduction and food security.

The work of Coppock and his team of Ethiopian and Kenyan colleagues is the first instance of rangeland-focused work being recognized by BIFAD.  Coppock and Getachew Gebru, a former USU research associate based in Ethiopia, were presented with plaques by BIFAD, and represented team members who could not be present at the event, namely Solomon Desta, Seyoum Tezera, Azeb Yonas, Abdillahi Aboud, Mark Mutinda and Stellamaris Muthoka.

The project recognized by BIFAD was novel in that the focus was on a participatory, action-research approach where members of pastoral communities helped co-direct the work. A blend of research, outreach, informal education and training led thousands of pastoralists — mostly poor, illiterate women — to empower themselves and form self-help groups that saved money, invested wisely in a variety of economic development activities, improved risk management in their households level and thus helped transform destitute communities.

“The key to success was building human, social and financial capital — not the implementation of new production technology,” Coppock said. “Because the interventions are self-sustaining and easily replicated, the impacts from this project have grown over time.”

In late August, Coppock was in Addis Ababa to accept a career achievement award from the Ethiopian Society of Animal Production. His career in East Africa has been benchmarked by his role in the National Science Foundation-funded South Turkana Ecosystem Project (Kenya) in the 1980s, authorship of a book on Ethiopian rangelands in the mid-1990s, stewardship of the PARIMA project and his role in Ethiopian land-management research since 2012. After receiving his award, Coppock gave a presentation concerning interactions in Ethiopian pastoral systems that connect livestock production and human health through water quality.

DeeVon Bailey, associate dean for research in the College of Agriculture and Applied Sciences, who formerly oversaw international program development at USU, said that Coppock is successful because he works with people at the grassroots level and asks them what they believe would help their situation the most. Then the research, outreach and training aspects are packaged around those goals.

“I consider his programs, especially the PARIMA pastoral women’s program, to be the most successful United States university-implemented program I have seen during the almost 20 years I have been working in Africa,” Bailey said. “Layne has discovered the key that marginalized, uneducated people are trapped by poverty. They are very talented and thus capable of solving many of their own problems, but they need to be empowered to do so. Empowerment comes from respecting their wisdom, providing guidance and helping them gain access to the appropriate tools and techniques. Such success does not come from top-down research initiatives.”

See more about Layne Coppock’s work and the PARIMA Project: 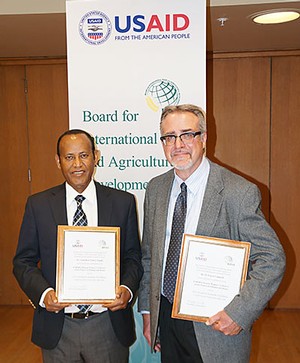 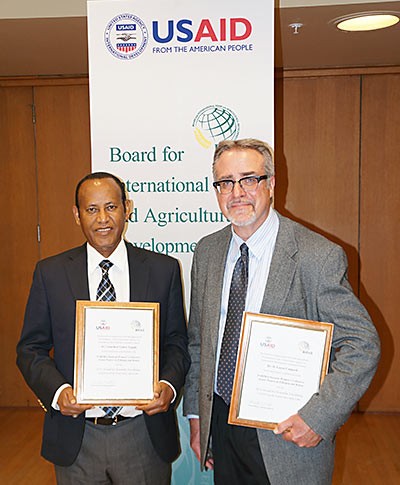