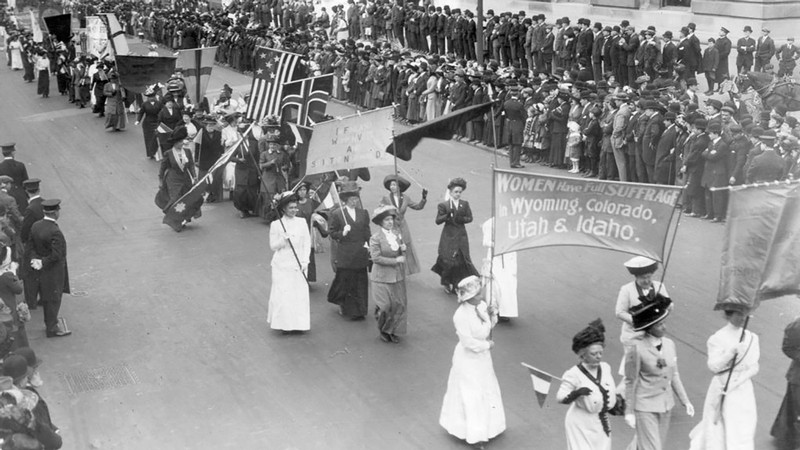 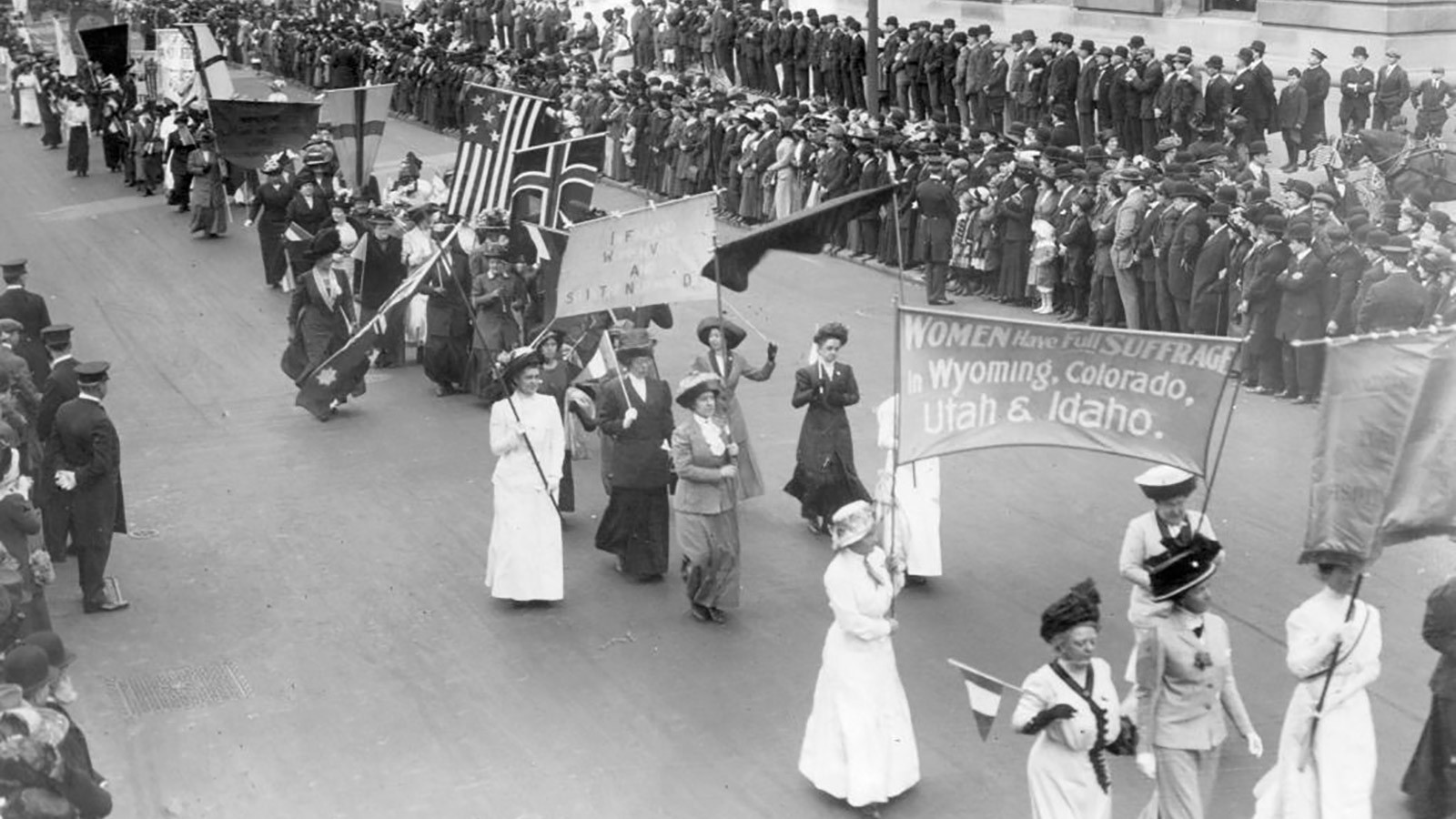 March 1 marks the beginning of Women’s History Month, time set aside to honor women’s contributions in our history. The celebration began with the first International Women’s Day on March 8, 1911, even older than the 19th Amendment. Coincidentally, Utah State University was founded on March 8.  International Women’s Day then turned into National Women’s History Week in 1980 after a proclamation from President Jimmy Carter. In 1987, Congress designated March as Women’s History Month, a proclamation that has been repeated by presidents and Congress since 1987. Across the United States and the world, as well as at Utah State University, activities will spotlight women during this particularly important month, leading up to the centenary of the 19th Amendment.

In celebration of Women’s History Month and International Women’s Day, we tell the story of the thousands of women who marched on Washington to let the nation know that they were determined to gain suffrage.

On March 3, 1913, over 5,000 women from all walks of life gathered to demand that their right to vote be recognized. Held on the day prior to the inauguration of Woodrow Wilson, this parade was designed to catch the attention of the nation. Led by Inez Milholland dressed in white, astride a snowy horse, suffragists and suffrage supporters marched 15 blocks up Pennsylvania Avenue.

By 1913, the progress of the suffrage movement had grown stagnant. Women had hoped to be included in the 15th Amendment, which enfranchised African-American men in 1870. While six states had enfranchised their women, including Utah in 1870, the movement was stalled at the national level. Young suffragist Alice Paul, who had recently returned from London, was invigorated by the spirit of British suffragettes and determined to restore interest and energy in the American suffrage movement. Paul approached the National American Woman Suffrage Association (NAWSA) and asked for permission to organize a suffrage parade to be held in Washington, D.C. at the time of the presidential inauguration. After Paul offered to raise all necessary funds, the NAWSA promised support and gave her the title of chairman of the Congressional Committee.

Organized by Paul with the help of Lucy Burns, the Woman’s Suffrage Parade was the first of more noteworthy actions taken by suffragists in effort to reenergize the suffrage movement. In the two months prior to the parade, Paul and other members of NAWSA Congressional Committee raised nearly $15,000, a notable sum in 1913 when the average annual wage was $621; transported thousands of women from around the world, secured the necessary permits to hold a parade and a pageant, and ran an effective press office. Nobility and elegance marked the parade and a complementary pageant staged on the steps of the Treasury Building. Groups included representatives from countries already enfranchised, states, colleges, and professions. It was clear that this parade was meant to be remembered.

Coordinating this parade dealt with more issues than just permits and pageantry; race was also a consideration in the. While the fight for women’s suffrage was a noble effort, the rights of black women were not emphasized. Washington was segregated at the time, and in an effort to keep the peace with Southern suffragists, NAWSA decided that black women could march in the back of the parade, but this was only after being quietly discouraged from participating. While some black suffragists complied with the request, many more did not and proceeded to march with their state delegations or respective professions. This group included Ida B. Wells who said, “Either I go with you or not at all,” she told the Illinois delegation. “I am not taking this stand because I personally wish for recognition. I am doing it for the future benefit of my whole race.”

From the onset of the parade, protesters blocked the suffragists’ path. Onlookers pushed into the streets, preventing the marchers from passing. Women were called names, shoved, grabbed, and tripped. One report said a policeman told the women that they should stay home where they belonged. Determined to continue their course, suffragists pushed forward, finally making it to their destination an hour later than planned. Over 200 people were injured, and several arrested for obstructing traffic by the end of the parade.

Scheduled for the day prior to the inauguration of Woodrow Wilson, the parade was an opportune moment for suffragists to gain the attention of the nation. Between the excellent coordination and suffragists’ displays throughout the day and the protest and violence that the suffragists faced, the event appeared in the news cycle for several days, overshadowing Wilson’s inauguration.

While it would take yet another seven years before national suffrage was conceded to white American women, this parade was the event that made it clear the suffragists were not going to be ignored. With a new generation of suffragists joining the battle, the movement was stimulated by fresh minds and more militant actions. Exposing themselves to ridicule, arrest, and abuse, suffragists let the nation and the world know that marginalized voices would not be suppressed.

Celebrations of National Women’s History Month and Year of the Women events in March include USU Founders Day Celebration on March 13, honoring Aggie women past and present; a community Suffrage Sing-Along at Logan Tabernacle on the same evening, organized by the Cache Celebration of Suffrage; the Tanner Symposium on Voting Rights 1870, 1920, 1965, and 2020 on March 19-20, culminating with the premiere of Unladylike documentaries on Friday evening; films featuring women throughout the month at the historic Utah Theatre in downtown Logan; a Celebration of Women and the screening of Warrior Women, a documentary on American Indian Movement activists, at Uintah Basin on March 11; poet Meg Day, Swenson Writer for 2020 on March 25 on the Logan campus; and Utah Women & Leadership at the Brigham City campus on March 27.

For a complete listing of events, see the Year of the Woman Calendar: http://www.usu.edu/year-of-the-woman/events.cfm.