“The more complex a society becomes the more energy it uses,” says Tainter, head of USU’s Department of Environment and Society. “Lessons from history show us that problems arise when a society’s complexity increases beyond its energy resources.”
Tainter is among 18 scientists and writers addressing the consequences of fossil fuel dependence, the impending depletion of global oil reserves and widespread consumer denial in director Adolfo Doring’s new documentary Blind Spot. In a similar vein as Al Gore’s An Inconvenient Truth and Leonardo DiCaprio’s The 11th Hour — the latter of which also featured Tainter – Blind Spot queries the academic community about the ramifications of a highly individualized society built on the assumption of an endless supply of cheap energy.
The 93-minute documentary premiered at the London Independent Film Festival in April 2008 and made its U.S. debut at the Woodstock Film Festival Oct. 3.
Blind Spot focuses on energy and “Peak Oil” – the theory that the world’s rate of oil production is rapidly approaching its peak and will subsequently decline – but branches into energy’s impact on food, the economy and, ultimately, human survival. Released in the midst of Gulf Coast gasoline shortages and unprecedented economic upheaval, the film’s message is chilling.
In an increasingly interdependent world, Tainter notes that the United States is facing a large number of very expensive problems that are converging at once.
“In addition to energy concerns and an economic crisis, we have an aging population, a strained health care system, a decaying infrastructure and high military costs,” he says. “We’re incurring rapidly growing costs just to maintain the status quo.”
Unaddressed, the problems we’re facing, says Tainter, author of The Collapse of Complex Societies, will ultimately result in a decrease in the net benefits of our complex, consumer-oriented society.
“Historically, societal collapse occurs when a society’s investments in social complexity reach a point of diminishing returns,” he says. “Innovation that boosts productivity is the key to stemming declining returns and sustaining an increasingly complex society. The question we need to ask ourselves is ‘What do we value enough to work to sustain?’”
Tainter is featured on the radio program “Thinking Aloud” Wednesday, Oct. 29, at 11 a.m. on KBYU-FM 89.
Related links:
‘Are We Doomed?’ USU Researcher Explores Societal Collapse, Utah State Today
Historian/Anthropologist Named New Environment & Society Department Head, Utah State Today
USU Department of Environment and Society
USU College of Natural Resources
Contact: Joseph Tainter, 435-797-3270
Writer: Mary-Ann Muffoletto, 435-797-3517 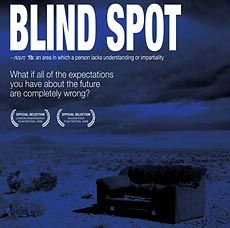 USU researcher Joseph Tainter is among scientists featured in the new documentary 'Blind Spot.' The 93-minute film focuses on the consequences of a society built on the assumption of an endless supply of cheap energy. 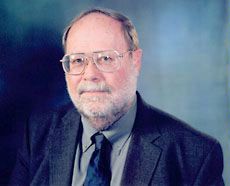 Tainter, author of 'The Collapse of Complex Societies,' is head of USU’s Department of Environment and Society in the College of Natural Resources.