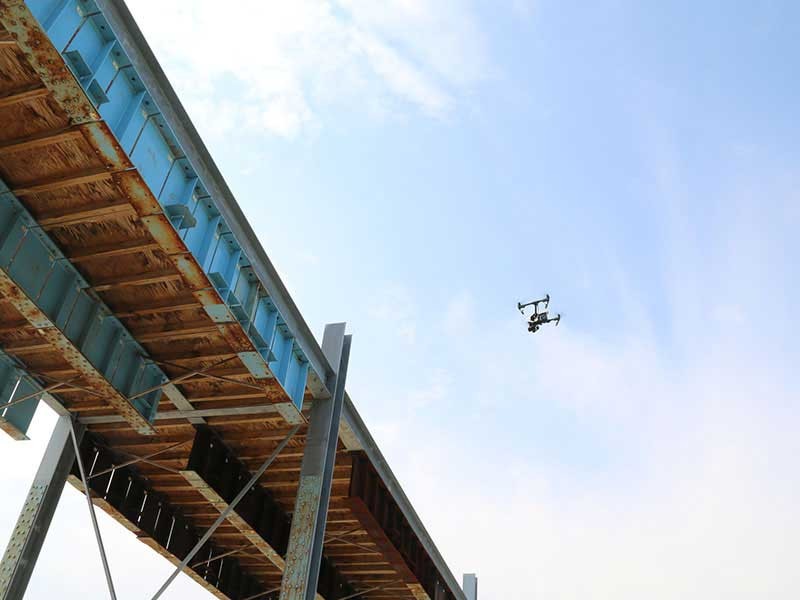 Researchers at Utah State University are evaluating the effectiveness of using drones to inspect cracks of concern underneath bridges.

In a study published in the Journal of Bridge Engineering, researchers looked at whether GPS signal strength and poor lighting conditions affect a drone’s ability to effectively spot the cracks. GPS signals can deteriorate when drones operate underneath a bridge or in poor weather conditions. The team tested various drones while focusing on the most difficult and expensive inspection type: a fracture-critical inspection.

“In this type of inspection, we are looking for fatigue cracks — tiny defects smaller than a human hair that could be potentially be problematic,” said Marc Maguire, assistant professor of civil and environmental engineering at USU. “These fatigue cracks are, in many cases, located underneath the bridge deck on steel girders near connections.”

Maguire’s study was the first to look specifically at GPS signals during poor weather conditions.

“Drones are becoming a popular inspection tool and seem to work well for some conditions”, said Maguire. “But we wanted to identify whether a drone-based inspection was accurate or not and in what conditions was it most likely to be successful.”

With under-bridge inspection, there tends to be some issues with both GPS navigation and lighting. The GPS-denied navigation becomes a problem when using older drone models that only use GPS. When going under a bridge, GPS signals are low to non-existent. With low lighting, it can be difficult to see the actual cracks, especially because they are already so small.

“Most drones mainly rely on GPS signals to maintain coordinates,” said Sattar Dorafshan, co-author. “We focused on determining the requirements for fatigue crack detection using drones when GPS signals are weak or nonexistent.”

The authors suggest that drones that rely solely on GPS signal can produce poor images, making it difficult for inspectors to spot problems.