Researchers at Utah State University, who are part of the internationally recognized Cache County Study on Memory in Aging, were recognized in March by the Utah Alzheimer’s Association. The group, involving researchers in USU’s Colleges of Education and Human Services, Agriculture and Science, received the ALEXA  “A Lifetime of Exceptional Achievement” Award at a gala chaired by Utah Lt. Gov. Greg Bell.

The award was presented to the group for its work in the area of Alzheimer’s research for the past 20 years. Maria Norton, principal investigator for the Cache County Study on Memory in Aging, accepted the award on behalf of the “wonderful group of colleagues” associated with the center’s efforts. The ALEXA award is given each year by the Utah Alzheimer’s Association to a single person or group of persons who have made substantial contributions to enhancing understanding of the causes of and possible protections against Alzheimer’s Disease.

The Cache County Study on Memory in Aging study began in 1992 with 300 seniors in Logan, Utah, who participated in a pilot. In 1994, Bonita Wyse, at that time dean of the former College of Family Life at USU, partnered with John Breitner at Duke University and together received the first grant funded by the U.S. National Institutes of Health to establish the study. One of very few such large, population-based studies of dementia in the world, the objectives were to study the prevalence and incidence of Alzheimer’s Disease and other dementias, and to identify genetic and environmental factors (and their interactions) that affect dementia risk.

In 2001, Wyse established the Center for Epidemiologic Studies at USU, providing an inter-departmental (and inter-college) center and infrastructure that would support the ongoing work of the study, as well as other multi-disciplinary epidemiologic studies. Investigators with the center span the departments of Psychology, Family Consumer and Human Development, Nutrition Dietetics and Food Sciences, Mathematics and Statistics and Sociology, Social Work and Anthropology.

Some 20 years after its beginnings, the center has expanded its focus and its investigators have received, during the center’s lifetime, $29 million dollars in total external funding from the National Institutes of Health, USTAR and the USDA.

The Cache County study has made major contributions to improving understanding of the causes of Alzheimer’s disease and the rate of clinical progression after diagnosis. Projects being developed include whole genome sequencing studies to find new genetic causes, studies of biological specimens to investigate how nutrition, diabetes and inflammation may affect Alzheimer’s, how stress alters genetic effects on Alzheimer’s risk and the role of family history, genetics and environmental factors in determining the risk of Alzheimer’s among the 11,000 adult offspring of the original Cache County Study participants.

For more information on the Cache County Study on Memory in Aging, visit the website. 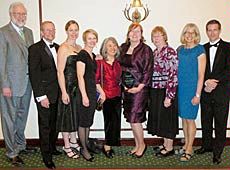