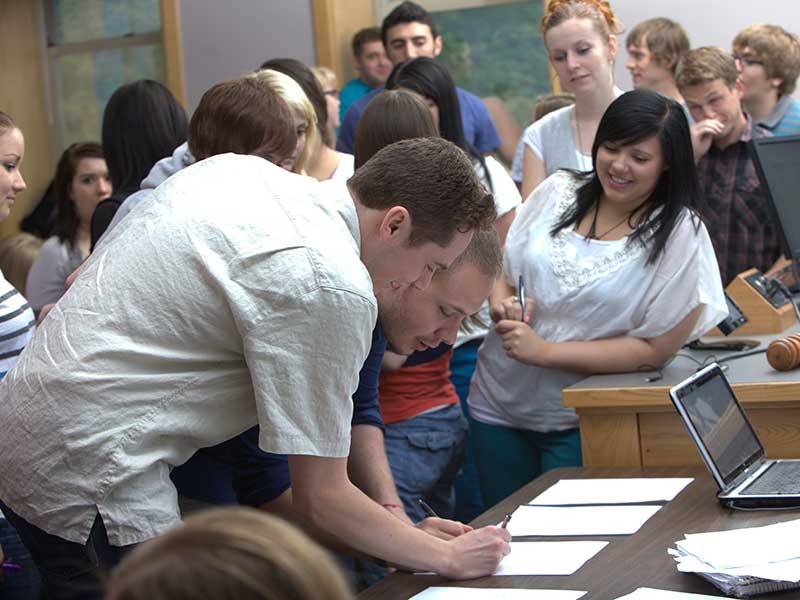 Utah State University experienced an unprecedented jump in graduation rates this past school year, more than doubling the next highest growth rate from the past decade.

The nearly 15 percent increase from last year is more than double the highest percentage increase of bachelor’s degrees awarded over the past 10 years, with the largest previous jump coming in 2015-16 at 7.3 percent.

“Student success is our main focus, and this recent leap in degrees awarded suggests that we are retaining students at a higher rate and helping them continue along towards their graduation goals in a more efficient and effective way so they’re able to graduate sooner,” USU President Noelle Cockett said. “Attending college isn’t the only goal, of course. Graduating and embarking on a career is the principal goal.”

Utah State University officials believe there are two primary reasons behind this past school year’s sudden surge in bachelor’s degrees, the first being result of the Church of Jesus Christ of Latter-day Saints’ change in the age young men and women are able to serve missions.

In the fall of 2012, it was announced that the age for men to leave on missions would be lowered from 18 to 19 years of age, while the age for women was dropped from 21 to 19. Consequently, Utah State University saw a drop in enrollment in the fall of 2013, only to see enrollment numbers come back again two years later.

Since 2015, that “surge” of students returning from missions has been working its way through the university, culminating in many of those students graduating in May.

In addition, in the spring of 2014 Utah State lowered its plateau tuition level from 13 credits to 12 credits, leaving students to pay the same tuition when taking between 12 and 18 credits during a semester. That change included online classes, allowing students to save money while having additional options for taking courses.

“We’re making it financially advantageous for USU students to take more credits by providing multiple delivery methods that are easy to access,” said USU Executive Vice President and Provost Frank Galey. “As a result of that, we’re seeing more Utah State students graduating sooner, and those students are then going on to graduate school or entering the workforce.”
Utah State University is awarding nearly 50 percent more bachelor’s degrees than it was a decade ago, while this year’s 14.8 percent jump in degrees awarded leaves the university with an average annual growth rate of just under 5 percent over the past 10 years.

And since the fall of 2016 when it became required to take 15-plus credits to be eligible for scholarships offered at USU, students seeking bachelor’s degrees have been attempting more credits, on average, than ever before, while also earning a higher percentage of those credits attempted.