A new national initiative charged with transforming food and agricultural policy has tapped Douglas Jackson-Smith, professor of sociology at Utah State University, to serve as one of nine members on its research committee. The members are responsible for helping commission studies and facilitating dialogue about methods for improving the country’s food and agricultural systems.

AGree is a nonpartisan initiative funded by eight leading foundations and designed to address the challenges of feeding the world’s growing population with research and sound policy. The effort involves examining food production, food safety, environmental sustainability, economic viability and the well-being of farm communities.

Professor Jackson-Smith studies the dynamics of change in American agriculture and will focus on research that investigates the impacts of food and agricultural policies on rural communities.

“It is going to be a complicated conversation,” he said. “Farm policy in the United States has been relatively unchanged since the 1930s. Stakeholders are heavily entrenched. However, the budget crisis today has produced a historic opportunity for change.”

Jackson-Smith gained the attention of AGree’s research director after participating on a committee convened by the National Academy of Sciences to study sustainability in agriculture. The group published its findings in a 2010 report for the National Research Council, advocating for a more holistic approach to agriculture that goes beyond production and considers social, environmental and economic sustainability. In May, they outlined additional policy recommendations in the journal Science. A month later Jackson-Smith was approached about interviewing for a position on the AGree research committee. He was eager to be included.

“These are exciting times and this group has exceptional credibility,” he said. “Most of my research has been locally and regionally focused. However, I am becoming more interested in work that could impact national policy-level decisions. I think the time is right for something to change and this could make a difference.”

“Each member of the committee has a reputation for being a rigorous researcher with a penchant for seeking to answer tough questions and a commitment to integrative work,” said Deborah Atwood, executive director of AGree.

Jackson-Smith also brings both a Western and social science perspective to the group. Many of the states that benefit most from the U.S. Farm Bill are in the Midwest, and Western states like Utah have a very different perspective on the structure of the Farm Bill, he said.

“The rank and file farmers are far less tied to the Farm Bill than the public think,” Jackson-Smith said. “If that is more widely appreciated then that opens the door to new conversations.”

Jackson-Smith believes the political climate is ripe for changes to the programs traditionally supported by the Farm Bill such as nutrition and crop subsidies. Traditionally, very little research has been conducted on the affect these policies have on rural communities, he said.

“The science is lacking in real-world studies of what happens when policies are adopted and changed.”

He signed on for the research advisory position at AGree to find data that can illustrate the impacts.

“One argument is always that these programs are good for the well-being of rural communities,” he said. “Well if that’s the goal, let’s find out what the best programs and policies are to achieve it.”

Full bios and pictures of the Research Committee are online. 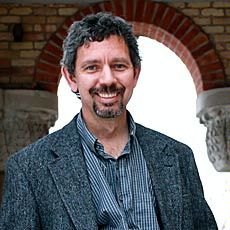 Douglas Jackson-Smith is professor of sociology and director of Graduate Studies for the program at Utah State University. A key component of his research involves integrating human dimensions into interdisciplinary science research projects.