Two Utah State University students will mingle with politicians during each 2008 National Convention this summer. Sophomore Joseph Irvine will attend the National Republican Convention at the Xcel Energy Center in Saint Paul, Minn., Sept. 1-4, and senior Tabitha Lazenby will attend the Democratic National Convention at the Pepsi Center in Denver, Colo., Aug 25-28.
“This is a great opportunity for these wonderful students,” said Christie Fox, USU honors program director. “We’ve been prepping the students to be engaged learners and citizens and hope that this experience prepares them for even greater things.”
Both Irvine, of Mesa, Ariz., and Lazenby, of Kamas, Utah, will also attend the Washington Center’s Presidential Nominating Seminar, which includes arrival at the site one week before the convention to watch preparations and guest speakers. In addition, each student will take part in a special fieldwork assignment, convention receptions and party rallies. The fieldwork assignment might include working for the political party, a presidential candidate or a media outlet.
“I hope to represent Utah State University well and learn the most possible about the political process by actually participating in the convention,” Irvine said.
Irvine is a management and information systems major who plans on studying law at the graduate level. Irvine was featured in Newsweek and The Washington Post after creating a software program for his prep school’s admissions lottery. Irvine started his first business repairing computers at the age of 12 and today owns a business selling the admissions lottery software to schools across the country.
Irvine sees this opportunity as a beginning to his political career and as a chance to lobby for what he feels is most important.
Lazenby is an international studies major who has studied in Nicaragua and Uganda and also worked with Rotary International in summer 2008 in Kenya. She participated in an in-depth study of ethnic and political conflict in Rwanda, which included a visit to the Kigali Genocide Memorial Museum. She plans to study immigration and public policy in graduate school.
“I am excited to attend the convention because it will be a perfect addition to my work and study in politics and development,” Lazenby said.
A committee from the USU Honors Program selected the two students based upon essays, future goals, grade-point averages and Honors course work. The program will cover the students’ cost for the duration of the seminars. The program also sent two students to similar seminars in 2004.
The seminars are offered through The Washington Center for Internships and Academic Seminars. Since 1984, the center has offered two seminars in connection with the Democratic and Republican National conventions. The seminars are traditionally endorsed by each national party chair.
Related link:
Read about Joseph Irvine’s experience at the Republican National Convention at his blog.
Writer: Cameron Salony, c.salony@aggiemail.usu.edu
Contact: Sarah Reale (435) 797-2759, sarah.reale@usu.edu 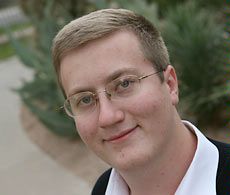 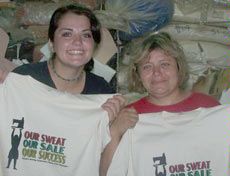