Minority entrepreneurs who feel their road to success is more difficult than others may not be imagining things.

Sterling Bone, an assistant professor at the Jon M. Huntsman School of Business at Utah State University, said research he has completed shows that entrepreneurs who are minorities face more obstacles to success and deal with the rejection they sometimes experience differently than their Caucasian counterparts.

Bone’s conclusions were recently published in the Journal of Consumer Research, a top academic publication. He collaborated on the paper with Glenn L. Christensen, Garrett Research Fellow and associate professor of marketing at the Marriott School of Management at Brigham Young University, and Jerome D. Williams, the Prudential Chair in Business and research director of the Center of Urban Entrepreneurship and Economic Development at Rutgers University.

Their research included sending “mystery shoppers” to banks seeking information about loans. They also did in-depth interviews with 39 people who already own small businesses in the United States about their work and the obstacles they have faced. Their research included conducting an experiment that asked minority and nonminority consumers to apply for a loan and asked them how they felt about themselves before and then after they were rejected.

People often refer to this nation as a land of opportunity, Bone said, but the truth is the opportunities are very different for some people just because of their race.

“In the United States of America we are all about freedom of choice,” he said. “A lot of research and business practice starts with the premise that individuals have equal choice and what we found, instead, are that there are systemic restrictions to choice for some people just because of their ethnicity. We hope that this study will help people become aware of the inequalities that exist in the marketplace.”

The professors conducted a field study where they recruited three black, three Hispanic and three white small business owners to send to banks with the same requests for information about loans. They were all familiar and knowledgeable about basic business and banking terminology. They matched them with several critical characteristics like age, body build, attractiveness and education levels. They sent them into banks each dressed in a blue polo shirt and khaki trousers, he said. The mystery shopping part of the study was conducted in a major metropolitan area in the United States where the populous is very racially diverse, he said.

“We sent the shoppers, who were actual business owners, into banks within a 20-mile radius with the same requests,” he said. “They each had similar business profiles and yet African American and Hispanic entrepreneurs were treated differently in terms of the amount of information they were asked to provide, the information that was given to them and the amount of help and encouragement they received.”

Another part of the research involved some in-depth interviewing with 39 entrepreneurs. As part of those interviews the entrepreneurs were asked to find pictures that illustrated how they viewed the loan process.

The studies found that minority entrepreneurs deal with set-backs differently than others, Bone said. They asked a number of consumers to apply for a loan in an experiment that was set up so that every application would be rejected.

“In general, when the minority consumers were rejected they saw it as a threat to their self-esteem,” he said. “But Caucasian entrepreneurs shook off the set back and often saw it as evidence of bad judgment on the part of those making the decision.”

These inequalities are troubling, in part, because sometimes people who lack traditional employment choices become entrepreneurs to create their own opportunities, yet to their dismay find that financing choices are restricted, Bone said.

“They knock on doors and they chase after this dream only to find that because they are a person of color, their ability to lay hold of that dream for themselves and their families is frustrated,” he said. “Unfortunately, it is an uphill battle for minority consumers to obtain equal and fair access to financial products.”

Glenn Christensen said that there is general feeling among Americans the choice is open and unrestricted.

Jerome Williams said that there is evidence that discriminatory practices exist in the retail sector and now this study shows that they also exist in the banking sector.

“Therefore, it is appropriate to continue asking the question: ‘Is the glass half empty, or is the glass half-full?’ in terms of progress being made in eradicating discrimination in the marketplace,” he said. “If marketers continue to remain insensitive to racial and ethnic minority consumers, they run the risk of alienating these segments and, as a result, suffering severe economic consequences.” 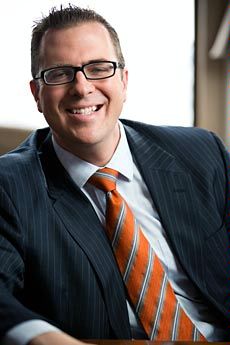