In Utah, small towns dot the map across its vast and diverse landscape with many of these towns boasting histories rich in agricultural tradition. However, many of these same towns are struggling to preserve their agricultural heritage while also maintaining economic stability. With university support, Kim Harris, a Utah State University junior in the Department of Landscape, Architecture and Environmental Planning, aims to help combat this ever-widening dilemma.

Harris recently received an Undergraduate Research and Creative Opportunities Grant for her proposal, “‘New West’ Development for Remote Western Towns: A Case Study of Utah’s Scenic Byway 12 Corridor.”  Harris’ research will examine the struggle between the idea of “old west” and “new west” in towns along the byway.

Harris became aware of the issue while in her Advanced Computer Applications in Landscape Architecture class taught by assistant professor Shujuan Li. Harris’ personal connection to the topic helped solidify her desire to study the topic further; Harris’ husband is from a small Idaho town facing similar struggles.

“Because the towns along the Byway 12 are traditionally agricultural and mining communities, the GSRNM [Grand Staircase-Escalante National Monument] designation limits the access to many natural resources such as rangeland and mining sites,” Harris wrote in her proposal. “The traditional ‘old west,’ resource-based economy in these towns has been greatly challenged.  On one hand, local residents are struggling with the recessional economy. On the other hand, the growing visitor population disturbs their rural life. The recreational activities remain weak in bringing in profits to these towns.”

Utah’s Scenic Byway 12 Corridor is located in the southeast corner of the state traveling across the Colorado Plateau and connecting Bryce Canyon and Capitol Reef National Park. The byway also crosses Dixie National Forest and part of the Grand Staircase-Escalante National Monument. Harris will be researching what services are available within each town along the byway by visiting and speaking with residents to determine the current state of affairs.

Harris hopes to fill the gap between the current services in place and the development opportunity of environmentally-friendly recreational services that have the potential of bringing needed revenue to each town.

Li, Harris’s faculty mentor, is excited for what this project will bring to LAEP.

For more information about the LAEP program, visit the website (laep.usu.edu). 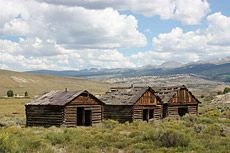 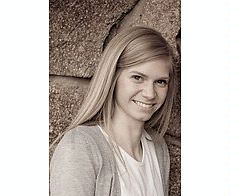 Kim Harris will examine the struggle between the idea of "old west" and “new west” in towns along the byway.