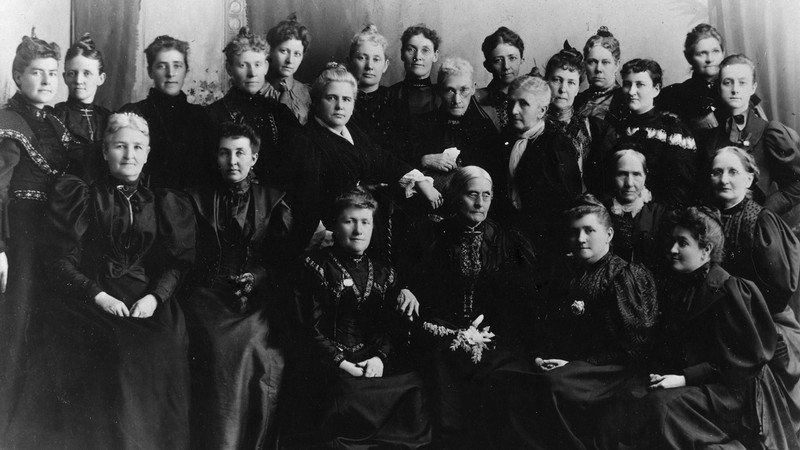 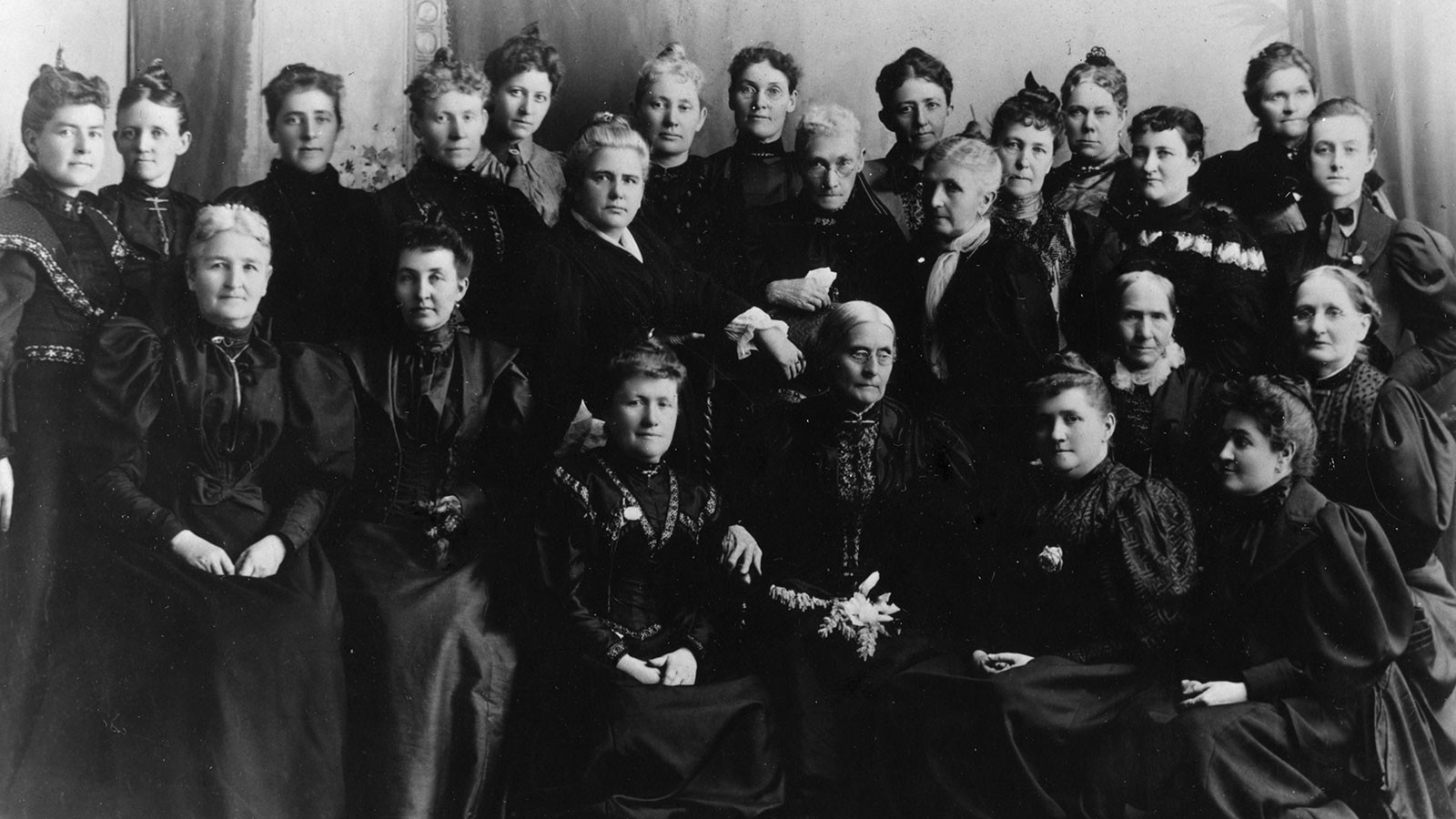 Utah State University Department of English faculty member, Star Coulbrooke, who served as the City of Logan’s inaugural Poet Laureate for five years, beginning in 2014, held one of her last walk-about poetry writing gatherings for the community in October 2019. Coulbrooke invites people to listen to poetry on a particular theme and then to pen lines of poetry themselves, which she then incorporates into a collaborative poem. The Votes for Women Poetry Walkabout resulted in the poem that follows. Originally, the poem was to be presented in March at the Logan Tabernacle in an event sponsored by the Cache Celebration of Suffrage. A delay due to the coronavirus has resulted in it being read on the actual 100th anniversary of the ratification of the 19th Amendment, recognizing women’s right to vote.

A celebration will occur on the steps of the Historic Cache County Courthouse in downtown Logan on Wednesday, August 26, with speakers beginning at 6:30 p.m., ending with USU President Noelle Cockett speaking on “Forward!” a motto of the suffragists. At 7:30 p.m., the Utah Theatre hosts an hour-long program of multimedia documentary shorts featuring rare archival imagery and captivating original artwork and animation that uncovers the exciting stories of trailblazing women, including Utah’s Senator, Dr. Martha Hughes Cannon, and Zitkála-Šá.

Coulbrooke noted that a review of dates could be helpful in understanding the poem. In 1848, the effort to gain women’s rights began at a convention in Seneca Falls, New York. In 1870, Utah women won the right to vote, the same year that the 15th Amendment enfranchised freed males of color. Utah women lost the right to vote with the Edmunds Tucker Act (Anti-Plural Marriage Act of 1887). They regained the vote in 1896. On August 26, 1920, the 19th Amendment to the Constitution was ratified, granting the vote to female citizens of the United States. It took many more years for women and men of racial minorities to gain the vote with the Voting Rights Act of 1965. In 2020, though celebrating a century of women voting, we are still fighting to protect the vote for all our people.

Praise to our mothers
and sisters, to grandmothers,
all generations, women of courage,
quiet, bold.

Women of guts and grit
who dug down deep for dreams
that seemed unattainable.

Utah’s Martha Hughes Cannon,
physician, polygamist,
first seat in the Senate
twenty-four years before
women back east got the vote.

Women whose brothers said
Don’t be political. Don’t
go to school. But they did anyway.

Women men labeled and sorted
and would not hire.

Utah’s Mignon Barker Richmond,
“Little flower of Africa,” defying
a racist professor to get her degree.
Twenty-seven years she waited, working,
hoping for jobs in her field, and finally
they came, rafts of programs, her name
on a plaque in a Utah park,
civil rights leader, humanitarian.

Women who carried the scars
from a past of loss and abuse:
boarding school, polio, poverty,
interracial marriage ban, divorce,
brutality. These mothers of Suffrage
put on their moxie and took up the vote,
radiating auras of fiery courage.

Women of heart and spirit,
living their way, unafraid.

Utah’s Ivy Baker Priest, poor miner’s daughter,
raised women’s wages, then signed her name
on all the money in the US Treasury.

Women of resilience, climbing and falling
and pulling themselves back up
however droughted and brittle
the branches of politics.

We believe in women, spirited, youthful, aspiring
to history, threads of story and memory
stitching us all together.

We have lived among strong women
all our lives,
women of intellect, women of restlessness,
women who won
on the ground of rights,
women who won’t go back.

Women whose task to live
free and equal
began with ratification, decades of sacrifice
laying the groundwork,
1848, 1870, 1896,
first a sponsor,
then both Chambers,
then three-fourths of states,
all men.
Rejected. Rejected. Rejected.

We may say this was not
a good time for justice.

We may say there was suffering.
In suffering is strength.

There is strength
in the arch of an eyebrow
lifted to counter illogic
and power.

Strength in the stride of a woman
who crosses the country
to speak in conventions.
Strength in her story, her truth.

Strength in the vote
we gained, Seraph
Young, Utah’s first one.
Strength to regain it
when Edmunds Tucker
retracted it from women
who voted their interest, their
family, their lifestyle.

We celebrate those Utah women
who fought for justice
alongside eight courageous
men,
Cache County delegates
at the convention
that brought suffrage back
to the women of Cache.

One hundred plus fifty
years later, look
where we are, votes counted,
voices heard,
a century to celebrate. 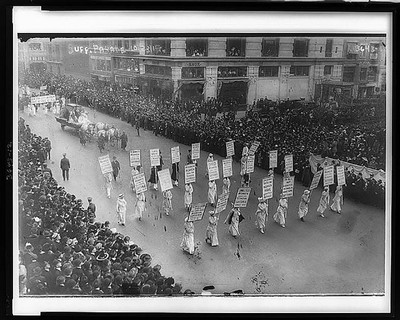 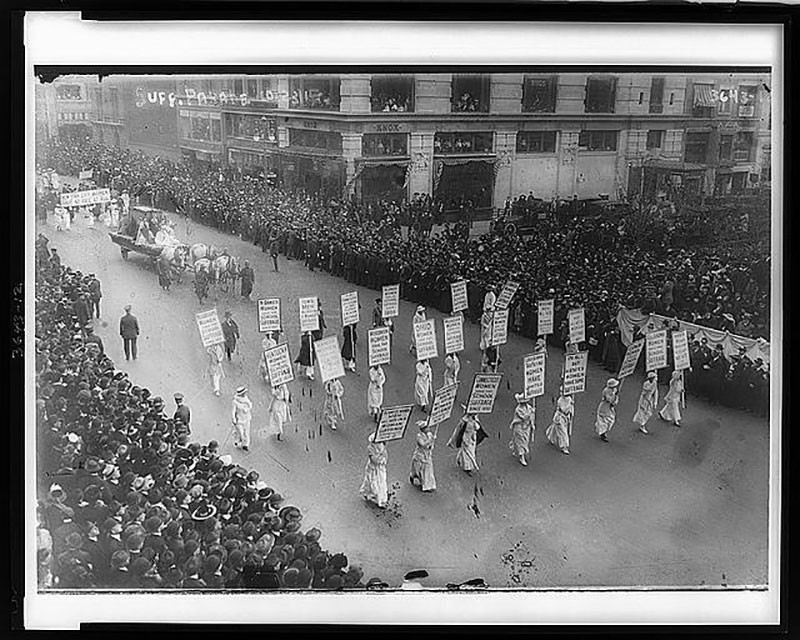 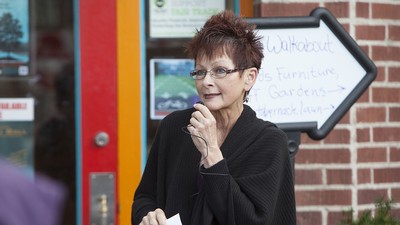 Star Coulbrooke at a 2019 poetry walkabout. 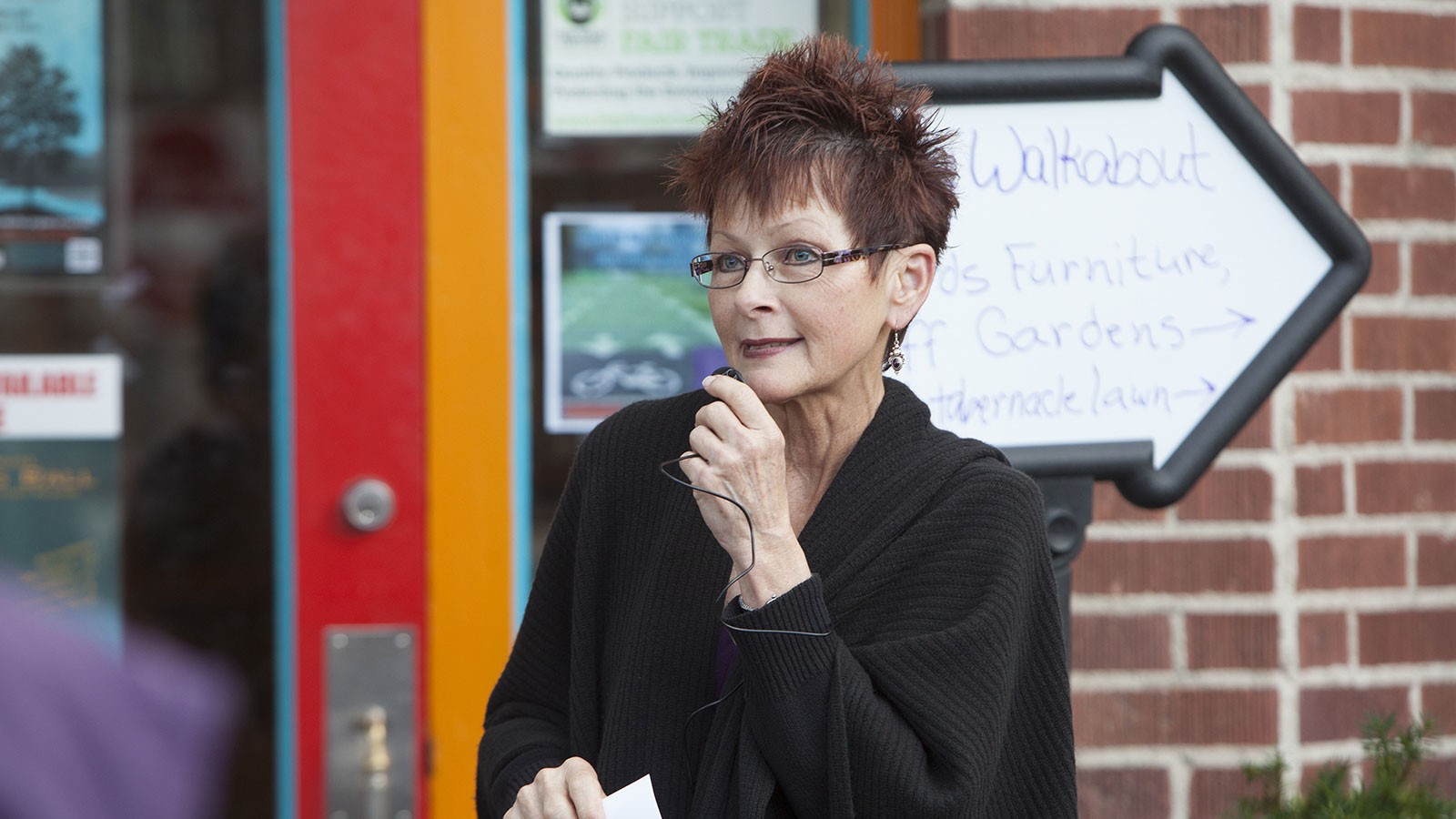