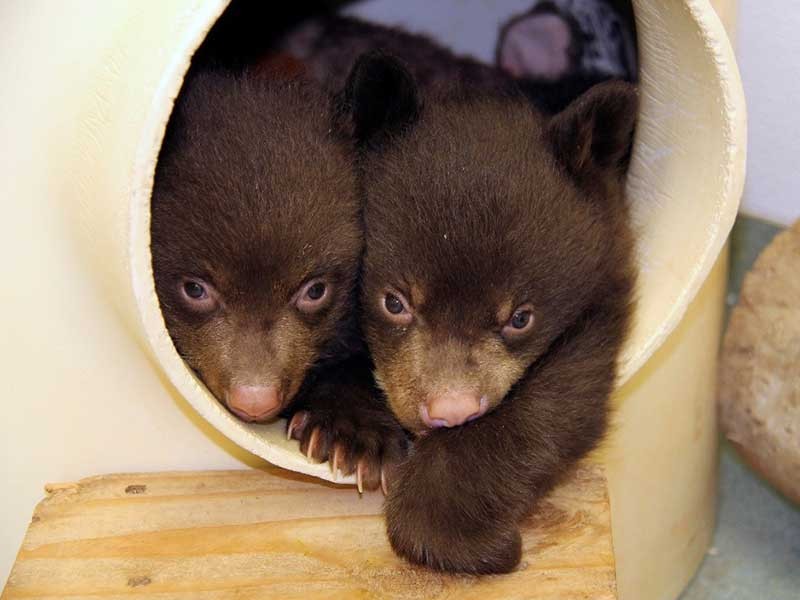 Utah State University scientists tackle all sorts of obscure, intricate and even tedious topics. But wildlife biologists Julie Young faced a unique conundrum this spring – what do you do when your research subjects are just stinkin’ adorable?

Young runs the Predator Research Facility for the USDA-National Wildlife Research Center and is with the S.J. and Jessie E. Quinney College of Natural Resources in the Wildland Resources Department. She has worked for several years to rehabilitate and release orphaned bear cubs into the wild. This year the staff are caring for twin black bears – sisters found orphaned at two months old, weighing just three pounds each. They decided to share the cuteness overload and added a public webcam to the enclosure. Now everyone can observe the animals hard at work gnawing on celery and napping in a fuzzy pile.

Bears typically stay with their mother for a year or two after they emerge from the den – but if cubs are found orphaned (sometimes mother bears are poached or hit by cars), the Utah Division of Wildlife Resources contracts with Utah State University to care for them until they are old enough to survive on their own.

But the screen-snuggles are just a side bonus to the important research into carnivore behavior, ecology, and management that Young and her staff undertakes. They study both wild and captive bears to reduce human-wildlife conflicts. The program for orphaned cubs is designed with lots of enrichment, but limited contact with humans. In late fall this year the twins will be 11 months old, a hefty 130 pounds – and ready to find a den for the winter on their own.

“We’ve learned a lot about how to provide the best care for the bears while in captivity,” said Young. “We’re able to do research – both during their time with us and after they are released – to figure out the best practices so they don’t become problem animals later.”

Although people have rehabilitated injured and orphaned bears for decades, there is still little research on how these animals fare after release. Young and her graduate student, Patrick Myers, have done research that challenges the perception that animals raised in captivity tend to lack the skills and intuition to thrive in the wild. Although black bears certainly do have the potential to become nuisance animals (they are very good at using human resources like trash bins) the question of whether or not having contact with humans as cubs increases the likelihood of becoming nuisance animals is up for debate.

In recently published research, Young and Myers detail the use of tracking collars to digitally follow bears after release – monitoring where they travel, forage for food, and den for the winter. Although most black bear rehabilitation programs release cubs after their second year, Young and Myers studied bear cubs released closer to their first birthday – a possibly more effective way to reduce both the cost of recuperation, and to improve the chances of eliminating problem behaviors. Younger cubs can still thrive after release, they have found, and may have a better chance of avoiding problematic human contact later in life. 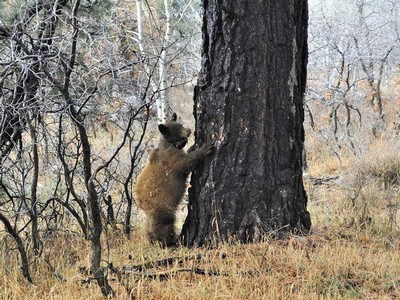 The staff at the Predator Research Facility for the USDA-National Wildlife Research Center keep tabs on the bears after release with tracking collars to monitor their health and learn more about their behavior. Photos courtesy Julie Young. 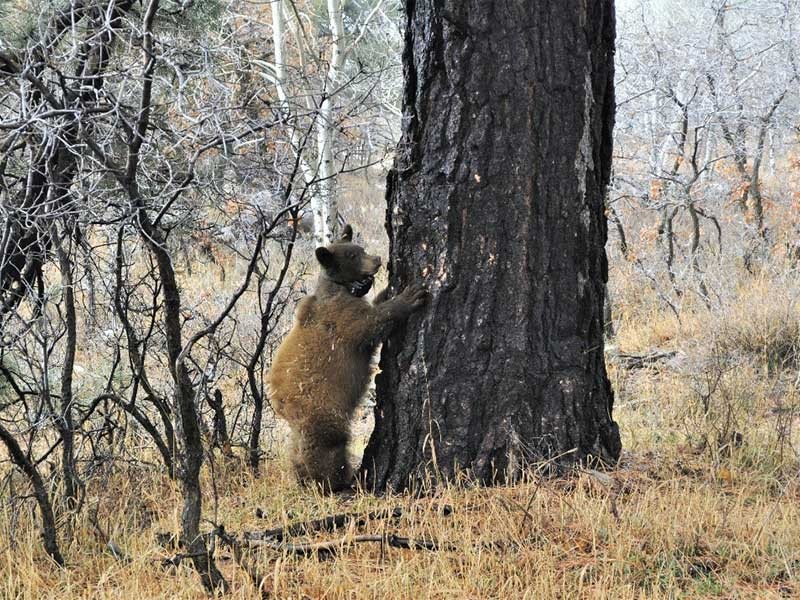