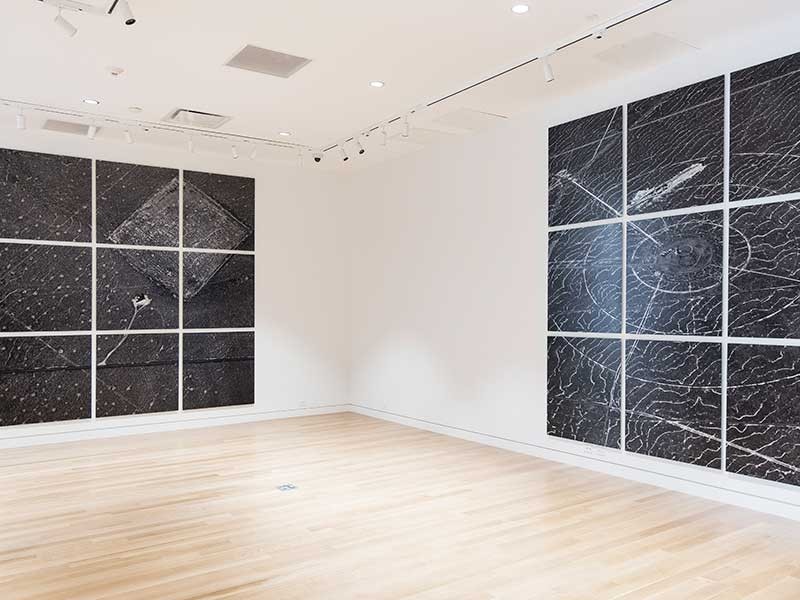 In a remote region of Utah’s Great Salt Lake Desert, a classified military site called Dugway Proving Ground remains largely hidden from public view, closed to civilians and rarely seen in the media. Since its founding during World War II, Dugway Proving Ground has been a test site for chemical and biological weapons.

In 2014, after a decade of inquiry to the Pentagon, the artist David Maisel was granted permission to work in Dugway Proving Ground. Proving Ground, Maisel’s newest body of work, will open at the Nora Eccles Harrison Museum of Art (NEHMA) on September 14.

NEHMA is pleased to present this new body of work by Maisel, who was ­awarded a prestigious 2018 Guggenheim Fellowship in the Arts for the Proving Ground project. Through over thirty large and small format photographs and two video projections, Proving Ground explores the surreal landscape and architecture of the classified military site – in Maisel’s words, a “hidden, walled-off, and secret site that offers the opportunity to reflect on who and what we are collectively, as a society.”

Despite its massive size, Dugway remains all but invisible. Its isolation and vast scale of some 800,000 acres (more than 1200 square miles) make it particularly suited to working with virulent substances like anthrax, sarin and plague. On aeronautical charts, the militarized airspace is labeled “Restricted R-6402 A,” and pilots are cautioned of “Special Military Activity.”

“Dugway Proving Ground is an important but little-known part of Utah’s history,” said Katie Lee-Koven, executive director of NEHMA and curator of the exhibition. “As a museum focused on telling stories that often fall outside of our traditional narratives, both in American art and American history, NEHMA is proud to share this exhibition with the public.”

Throughout his career, Maisel has explored the aesthetics and politics of radically human-altered environments, framing issues of contemporary landscape with equal measures of documentation and metaphor. Proving Ground explores military power, land use and the limits of human technology. Other series include Black Maps, his multi-chaptered series of aerial photographs that considers how contemporary space becomes politicized and transformed through processes of industrialization, geo-engineering and militarization. Maisel’s projects History’s Shadow and Library of Dust consider the vestiges of past civilizations, and the ability of objects to communicate across time.