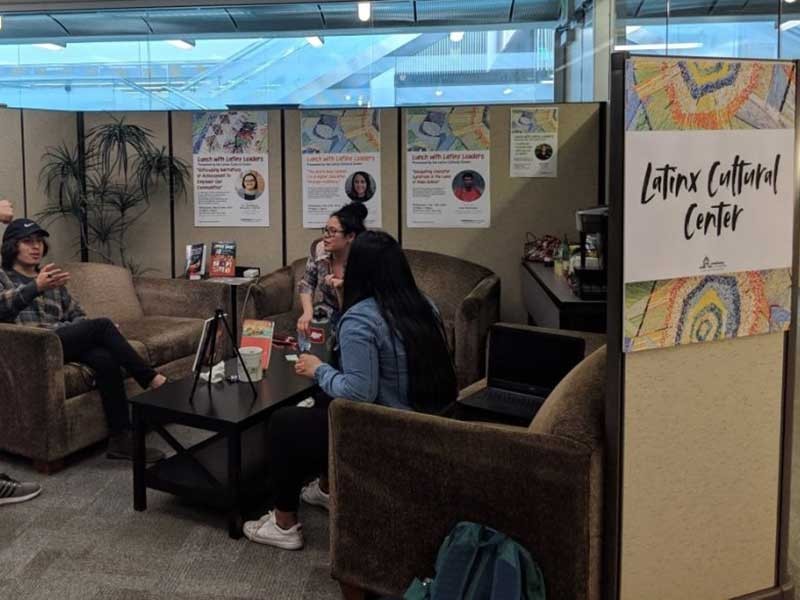 The Latinx Cultural Center is holding an exhibit to showcase art featuring original photographs of people of all ages from different Latin countries, their first exhibit since opening last Spring.

J.P. Spicer-Escalante, the photographer, said he hoped “Los Pueblos, El Pueblo – The Many Faces of the Americas,” would help people see Latin Americans in the real, raw moments of their lives.

“These images have marked me in some way,” Spicer-Escalante said. “I hope that there is one image down the line that someone goes, ‘Wow, that image haunts me; it sticks with me.'”

Spicer-Escalante was open to answering questions from students about his display. USU junior Jadin Stephenson attended the event and has formerly spent time living in Guatemala. “A lot of these photos bring back good memories,” she said.

“This is an exhibit for not only Latinos, not only photographers, but just for people who love people,” Zachary Schenk said, a senior who attended the exhibit after hearing about it in his multicultural education class.

This event was the first one of the year for the center.

“There is something powerful about images,” Latinx Cultural Center Director Chris Gonzalez said. “We live in a time when differences scare people. We want to acknowledge differences but not be afraid of them.”

Both Gonzalez and Spicer-Escalante agreed that the display was an opportunity for people to see Latinos in a different way than what is typically shown.

“These images defy stereotypes that we have in our country right now,” Spicer-Escalante said.

Emily Roberts, a sophomore, looked at the display with friends and said, “Some of the pictures really touched my heart, especially the ones with kids.”

Liz Rawlins, a senior, said that the photographs strengthened her fascination with Latin culture.

The Latinx Center is open to all students and maintains a friendly atmosphere. The department is currently in a temporary location found in room 202 of the Merrill-Cazier Library. The center will be hosting a concert and food fundraiser next Friday at the Newel and Jean Daines Concert Hall.