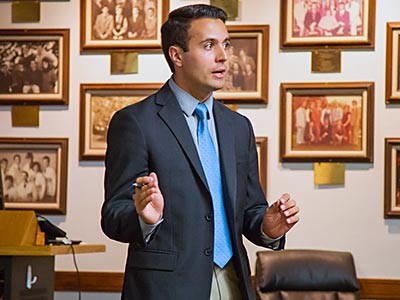 The Student Life section of Utah State Today highlights work written by the talented student journalists at Utah State University. Each week, the editor selects a story that has been published in The Utah Statesman or Utah State News Service (formerly The Hard News Café) or both for inclusion in Utah State Today.    https://usns.ou.usu.edu/news/

By: Shanie Howard in The Utah Statesman Thursday, September 8, 2016

The mental health crisis bill is a piece of legislation designed to bring awareness to the growing issue of declining mental health in Utah.

With this bill being passed, not only will USUSA put forth more effort to bring awareness to this issue at USU, but Matthew Clewett, student advocate vice president and author of the bill, hopes to bring attention to this crisis on a statewide level.

In 2015, the Utah Department of Health reported that Utah had one of the highest suicide rates in the United States. That same report found that during the 2014-15 school year, more than 100 students enrolled in Utah higher education institutions attempted to take their own lives. Fifteen of those attempts were completed.

Now that the bill has been passed, USUSA plans to advocate for all colleges in Utah to pass similar bills. If they are successful USUSA members will draft a Utah State Concurrent Resolution and a piece of Utah State Legislation. If the resolution and legislation is approved by the USUSA Executive Council, the USUSA Government Relations Council will go on and attempt to find a member of the Utah Senate or House of Representatives to sponsor the resolution. Once the resolution is sponsored, it will be presented to Utah legislators who will vote on whether or not to approve the resolution. If the legislation is approved, then the state will provide more funds to improve mental health organizations on college campuses across the state of Utah.

“We want to increase the dialogue on mental health so we and our predecessors can come forward and start asking for actual dollars to go toward our students,” said Ashley Waddoups, USU’s student body president

Clewett echoed Waddoups’ statement, saying that in order to get Utah legislators’ attention, all Utah colleges will need to come together and speak out against mental illness.

“If legislators in Utah know that this is a cohesive effort on behalf of the students in the entire state of Utah, then they will listen to our voice,” Clewett said.

USUSA is hoping to increase funding for the Counseling and Psychological Services program at USU, specifically. During the meeting on Tuesday, LuAnn Helms, assistant director of CAPS, pointed out that according to the International Association of Counseling Services regulations, USU should have 11 to 16 full-time therapists serving at USU, but only seven full-time and two part-time therapists are employed.

“We are really overworked and understaffed,” Helms said.

Clewett said he personally has used the services provided by CAPS and that in his experience he is able to confirm Helms’ statement.