Twelve Utah Conservation Corps AmeriCorps members have flown to Newark and began service Jan. 8. The UCC team will serve in a variety of roles, including demolition, removing debris, mucking and gutting and coordinating volunteers in Ocean and Monmouth Counties, New Jersey for the next six weeks.

“The most amazing thing about this whole experience is just seeing the selflessness of people who are willing to give up their time and give their energy,” said crew supervisor Tim Carroll, who led the previous UCC Sandy Recovery crew and will lead the crew headed to New Jersey.

Currently, nearly 1,000 members of from AmeriCorps programs administered by the Corporation for National and Community (CNCS) are on the ground as part of a coordinated multi-level response in New York, New Jersey and other affected states. The members are helping run donation-management centers, operate shelters, remove debris and connect citizens to available resources.

The UCC is an AmeriCorps program dedicated to developing the conservation leaders of tomorrow through service and education. UCC has been a program in USU’s Division of Student Services since January 2001.

For information about the UCC and the USU Student Sustainability Office contact Sean Damitz, 435-797-8134 or sean.damitz@usu.edu. 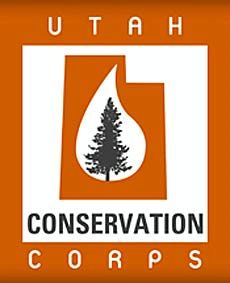