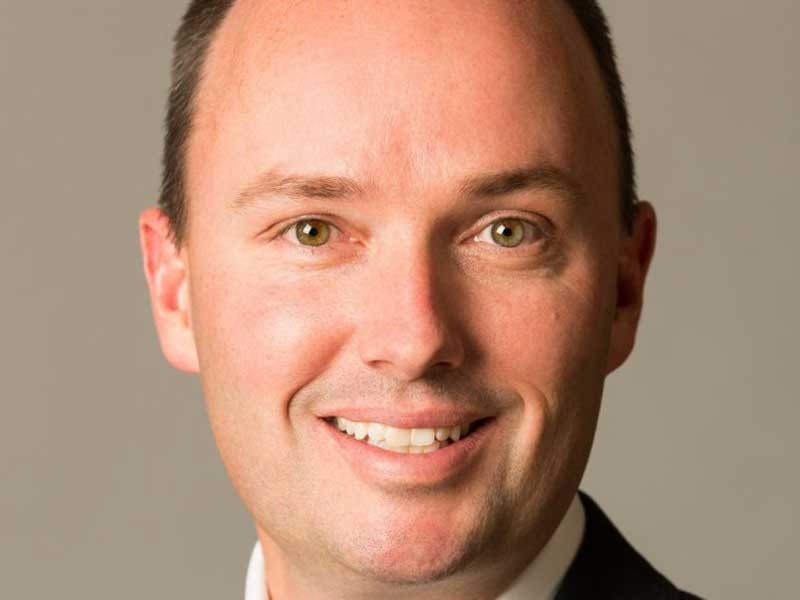 Utah’s lieutenant governor and Aggie alum Spencer Cox spoke at the closing banquet for Pi Sigma Alpha, the political science honor society, on Thursday. Before the banquet, Cox sat down with The Utah Statesman to talk about his time at USU, his work with mental health awareness, the current political climate and his potential run for governor.

“I owe so much of who I am, and my career and everything that’s happened to me to this place,” Cox said. Cox, along with his wife Abby, went to Utah State for two years before attending law school. He said his time at USU and the relationships he made with his professors and colleagues were valuable. “The things I learned here I actually still use all the time,” Cox said, “I have had conversations literally just today about things that we talked about here and that I learned here.”

When asked about his work on mental health awareness policies and the suicide prevention task force, Cox said there are many reasons to keep talking about mental health and suicide in Utah.

“What we have learned about mental health and suicide is that not talking about it is the worst thing that we can do. We need to have healthy discussions around mental health and make sure we are providing access and make sure we are giving our young people the tools that they need to be able to work through these things,” Cox said. He also said college students should know they are not alone and they should never be afraid to reach out for help.

During his speech, Cox addressed the country’s political climate. As a society, he said, we seek out echo chambers and people who affirm our confirmation bias. “Our country is very divided right now, there’s no question that the Republican party is struggling to find its way. But I am much less interested in that division, and more interested in understanding and bringing people together and understanding how and why we got to a place like this where someone like Trump, who wasn’t a Republican for most of his life, has been so successful,” Cox said.

He said there are lessons the state can to learn from the culture surrounding politics and from President Trump.

“People are tired of taking point politicians,” Cox said as he addressed the banquet attendees. “People want and support someone who is willing to stand up for what they believe is right; regardless of party, there is too much tribalism.”

Cox said he is concerned for the future of young people who are interested in politics.

“It is hard enough to get young people involved in politics as it is, and the more they are alienated that is going to hurt us,” Cox said.

During his interview with The Statesman, Cox also said he would encourage college students to vote and to connect with someone in politics.

“Find someone you believe in, find someone you like, and ask how you can get involved,” Cox said.
Cox also addressed the issue of free speech on college campuses with The Statesman. “Allowing space for people we disagree with to be able to present their ideas, even if they are a little radical, is foundational to our country.”

Students at the banquet echoed some of the Lt. Governor’s points. “I definitely agree that polarization is a potentially destructive force, and something that should concern us about our political system,” said senior Chantelle Gossner. “It is also useful to see someone, especially from the opposing party, who is interested in ending that negativity and the forces of animosity between parties.”

When asked if she saw any hope for Utah’s political future, senior Katie Roberts said that she does, “As long as Spencer Cox continues to exemplify that.”

Answering to a popular rumor, Cox did not confirm whether or not he’s running for governor.

“We are not there yet, but we are very, very close. Most people know that the governor has decided not to run again and he has asked me to run. My family and I, we are taking this very seriously, and going through that process of evaluating why we want to run. I don’t need to be the next governor, I don’t need this for me, but can we make a difference,” Cox said. The lieutenant governor said he and his family are definitely leaning that way, and they still need to make a final decision, but that they are “about 90% there.”