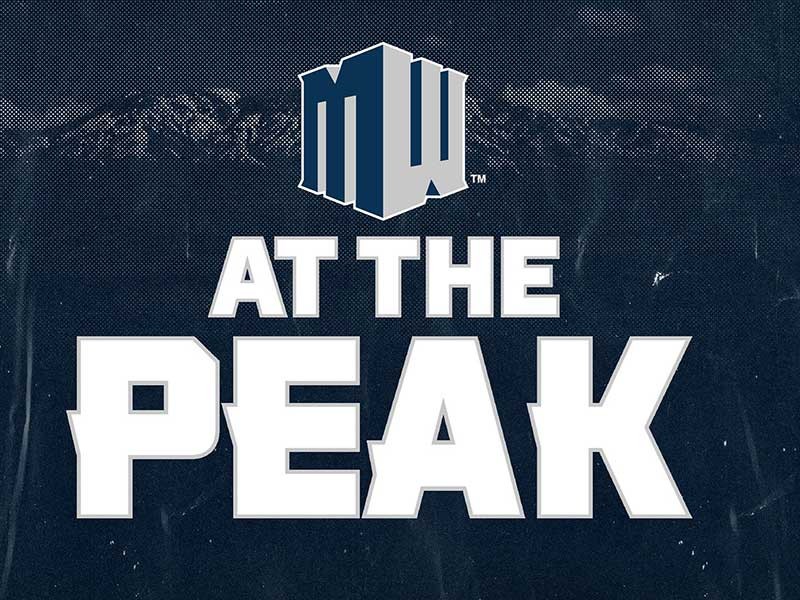 The Mountain West and its member institutions announced a new branding and marketing campaign for the conference to further define the MW's strong, energetic brand as it begins its 21st year as an NCAA Division I athletic conference.

Designed to make clearer the league's purpose, vision and values the conference has adopted "At the Peak" as its tagline. The new high-impact moniker resonates the league's personality and uniqueness as one of the elite conferences in college athletics.

The brand platform was unveiled Tuesday in a coordinated campaign, including Mountain West member institutions and the MW headquarters working together to promote the "At the Peak" brand direction. The campaign will continue throughout the academic year and beyond on multiple platforms, including social media, print, traditional advertising, television and radio.

"As a proud member of the Mountain West, Utah State is excited to be 'At the Peak' with the other member institutions," said USU Vice President and Athletics Director John Hartwell. "The Mountain West has had much success over the years and we are looking forward to being a part of that continued growth through this campaign."

The branding initiative has been in planning and development since February 2018. The Mountain West worked in partnership with Old Hat, a strategic marketing agency specializing in collegiate athletics, to develop a plan that would showcase the personality of the league.

Cradled among the most desirable locations in America, the Mountain West stretches to eight different states from the shores of the Pacific Coastline to the Rocky Mountains. The conference has long been known since its founding for its integrity and its commitment to the ideals of the student-athlete experience and the unique opportunities afforded to students at each institution.

From its inception in 1999, the Mountain West has been committed to excellence in intercollegiate athletics, while promoting the academic missions of its member institutions.