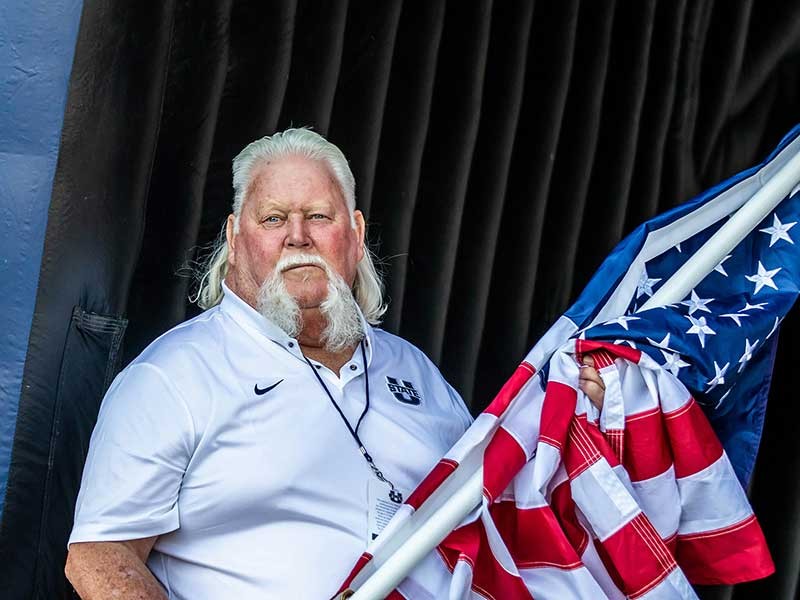 “The Utah State Athletics Family is shocked and saddened at the passing of Steve Wiley,” said USU Vice President and Director of Athletics John Hartwell. “He has been a positive fixture of Aggie Football & Aggie Athletics for many years. Steve’s legacy and influence will forever be etched in Aggie Athletics. Our thoughts and prayers go out to his family.”

Wiley drove Utah State’s football equipment all across the country for nearly 20 years, beginning with a trip to New Mexico State on Oct. 21, 1995. His last road trip driving the equipment was in 2013. Volunteering his own time and personal vehicles, Wiley drove approximately 150,000 miles on more than 100 road trips.

Born on Dec. 22, 1950, the Vietnam vet – he was a helicopter crew chief – was awarded a Bronze Star Medal for valor. For the past three seasons, Utah State’s football team has taken the field prior to every game with both a Utah and American flag. It was Wiley’s job to hand the American flag to the player that had the honor of carrying it for that game.

Another game-day ritual Wiley enjoyed was handing the players and other staff members during their post-game meal.