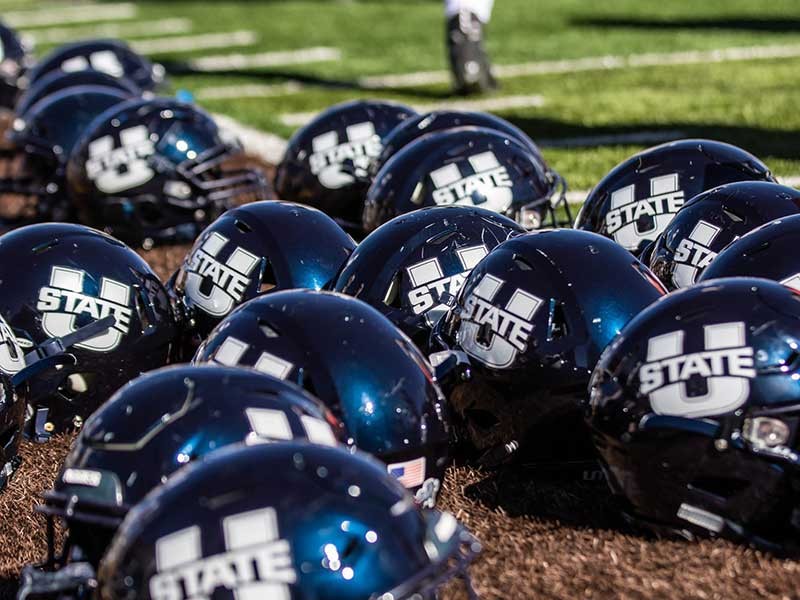 Bowcut, who just returned from a two-year LDS Church Mission in Tucson, Ariz., had originally signed with Oregon State in 2017 when Andersen was the Beavers head coach, while Bannerman began his collegiate career at Kentucky.

With these two additions, Utah State will be welcoming 50 newcomers to the program when fall camps starts on Thursday, Aug. 1.

Bannerman, a 6-foot-5, 240-pound defensive end from Pickerington, Ohio (Pickerington Central HS), spent his sophomore season at Arizona Western Junior College, where he recorded 28 tackles, which included 1.5 sacks and 2.5 tackles for loss, while adding a recovered fumble in 11 games for the Matadors. Prior to that, he spent two seasons at Kentucky, where he redshirted in 2016.

Bannerman was a consensus 3-star recruit that earned first-team all-conference and second-team all-Central District honors as a prep senior at Pickerington (Ohio) Central High School, as he helped the Tigers to a 34-10 record and four straight Ohio Capital Conference Championships during his career. As a junior, he totaled 87 tackles, including 17.0 tackles for loss, in helping Pickerington HS go undefeated in the regular season at 10-0. Overall, he was ranked as the fourth-best defensive end in Ohio and the 56th-best defensive end in the nation coming out of high school.

Bowcut, a 6-5, 280-pound defensive tackle from Sherwood, Ore., earned Oregon Class 6A first-team all-Three Rivers League honors as a senior and second-team honors as a junior at Sherwood (Ore.) High School. He was also named second-team all-state as both an offensive and defensive lineman following his senior campaign. Overall, he accounted for 68 tackles and 10.5 sacks as a defensive lineman in his two varsity years, which included 34 tackles and 7.0 sacks in nine games as a senior.