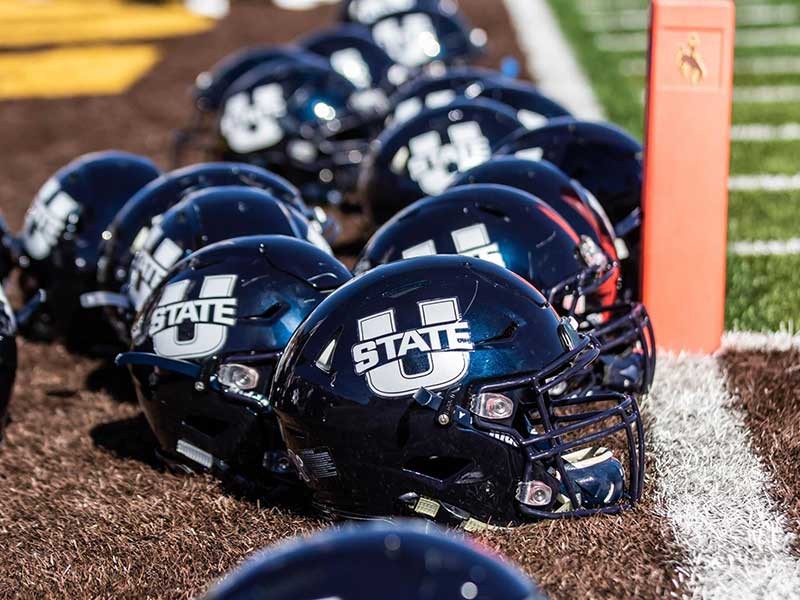 Utah State football announced Monday that its home opener against Stony Brook and its season finale at New Mexico will both air exclusively on Facebook.

Utah State will begin the 2019 season in ACC country as it plays at Wake Forest on Friday, Aug. 30, in a game that will be nationally televised on the ACC Network at 6 p.m. (MT).

Following its home opener against Stony Brook, Utah State will have its first of two byes before beginning Mountain West play at San Diego State on Saturday, Sept. 21, in a game that will be nationally televised on CBS Sports Network at 8:30 p.m. (MT). USU then closes out the month of September with a conference home game against Colorado State on Saturday, Sept. 28, at 5:30 p.m., also on CBS Sports Network.

Utah State begins the month of October with a road game at LSU on Saturday, Oct. 5. Game time and broadcast information for this game will also be announced in the coming weeks.

Following its game in Baton Rouge, USU will play back-to-back MW games as it hosts Nevada on Saturday, Oct. 19, and plays at Air Force on Saturday, Oct. 26. Both of these games will be broadcast by ESPN. Specific outlets and kickoff times will not be announced until 12 days prior to the game.

Specific outlets and kickoff times for the BYU and Wyoming games will not be announced until 12 days prior to the game.